Like us on Facebook, follow us on Twitter! Check out our new tumblr page. :)
Manga News: Toriko has come to an end; but be sure to swing by and share your favourite moments from the series!
Manhwa & Manhua News: Check out the new Manhwa and Manhua shout-out (March 2016).
Event News: One Piece Awardshas concluded. Check the results Here!
MangaHelpers > News > Shout-Outs > New Manga Shout Out: 4/26/10 - 5/2/10
Homepage
Details
Archives

Welcome to the next New Manga Shout Out. Very slow week with not many new mangas... Remember, if you like any of the series, favorite them. Don't forget to also thank the various translators, raw uploaders/scanners and scanlators who feed your manga addiction. ^_^ Translators and Scanlators, please check out these series and see if you can spread some more manga love~ 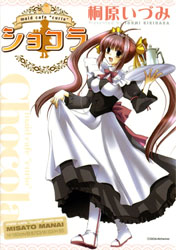 This is the story of the workers in the Maid Cafe Curio, based on the video game. The current shop manager, Daisuke, is a young man standing in for his newly remarried and traveling father. He must deal with all the quirky young ladies who work at the maid cafe, including his newest hire, the runaway rich girl Misato, who doesn't know the first thing about working at a maid cafe. Other workers include Daisuke's new stepsister Suzu, the aggressive floor chief Midori, the clumsy chef Sayaka, the absent-minded waitress Imako, and the academic-minded Kanako. 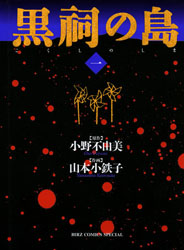 Yasha Island is located in northern Kyuushu, unknown to most people and too small to be printed on a map. Most people on the mainland avoid the island as the people on Yasha Island are not very friendly to outsiders. Shikibu Takeru, a private investigator is looking for his friend Katsuragi Shiho, a nonfiction writer, who has disappeared since telling him that she was going back to her hometown, Yasha Island, for a few days. As soon as Takeru arrives on the island, he starts his investigation, asking the locals about Shiho or anything about the Katsuragi family. Mysteriously, not one single person has any answers to Takeru’s questions. What is this community hiding and why did Shiho disappear? 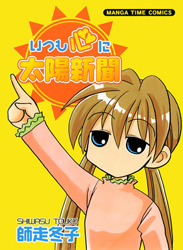 Takayama Kobato works in the advertising department of the Taiyou Newspaper. She is typcially calm but is a little weird and has a thing for older men. Her co-workers are Sakuragi Yu, a beautiful woman who is really sensitive about her age and her lack of relationships with men, and Yukiya Asagi, who is young and cute but is known for her rude comments. This manga tells the comedic story of these three women in the workplace and the events around their daily lives. 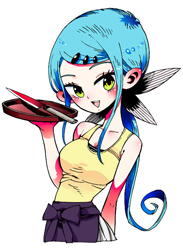 Aotsuki has started working part-time at a cafe, but the boss there is kind of scary. His boss has asked him to help him out with his crush on an employee, the pretty Sonezaki Majiyu. Will Aotsuki be able to set his boss up with her, or will he face the dire consequences of his failure? 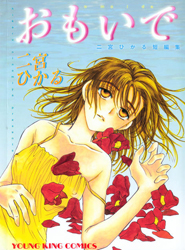 A collection of stories about love and sex. Examples include the story of a guy with no prospects who falls in love with an aspiring writer after a one-night stand, reflections on a first experience of love, and the story of a high schooler who accidentally sees up a female student's skirt. 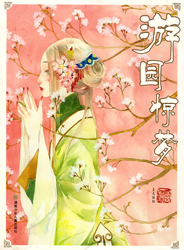 A series of oneshot illustrations of famous Chinese folk tales. 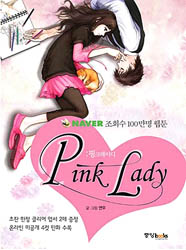 Gyeo-Wul, an art student, is having trouble drawing. One day, she bumps into a handsome guy and takes his notebook by mistake. The notebook had drawings with an art style she is not used to and tries to draw better than him. But, it turns out that the guy knows who she is...! 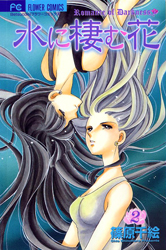 During a class field trip, the bus carrying the students fell off a cliff and plunged into a lake, drowning everyone except for Nikaidou Rikka. Ever since the tragic accident, Rikka can not help herself from being in the water. She soon learns that Izumi, a mysterious figure, placed a golden seed inside her when she was drowning to save her life. This golden seed gives life to anyone that should have been dead and it is the only thing keeping Rikka alive. 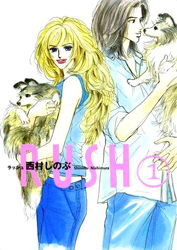 When Akimitsu lost his parents as a child, he moved in with his cousin Yuri and her mother. Akimitsu and Yuri were raised more as siblings than cousins, and as they grew up, they also became sometime lovers. Akimitsu and Yuri explore their kaleidoscopic relationship as they move through the adventures and troubles of teenage life together. 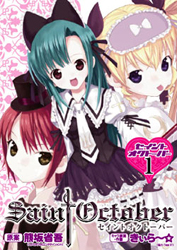 Hayama Kotono, 8th grade school girl, is an orphan who works as a detective and has mysterious powers. She is able to transform her appearance and gains combat abilities.

Her friends Shirafuji Natsuki and Hijiri Misaki, also have the same power as her and they work together at the Kuroki Detective Agency. The three girls find a young boy named Juan who seems to be suffering from amnesia. They soon find themselves the target of a mysterious group who seem to be after Juan and they will not stop till they are able to kidnap him. The three detective girls promise Juan that they will fight to the very end to protect him.

=======================================================
Note to all scanlators: If you recently started scanlating a new manga series (with about 5 or less chapters released) that's hosted on MangaHelpers, and would like your manga to be shouted out in the next New Manga Shout Out, then please PM me. Please include:
This is what tethysdust said this week:
Quote:
The most interesting looking one to me was Kokushi no Shima (there's not too many Kyuushuu islands mysteries out there!). Also, the plot of Romance of Darkness seems kind of interesting. Omoide was kind of neat, and it's not extremely sexually explicit.
Only Kokushi no Shima really interested me although I think Omoide will be popular with fans of NINOMIYA Hikaru (Honeymoon Salad).

If you haven't done so already, check out the scanlations of the mangas from previous shout outs which have been recently scanlated: action fantasy Toushin Toshi III, school life slice of life Gu-Pan!, ecchi fantasy Shinwa Ponchi and school life one-shot My Idol.

[Permalink]
I might read Chocolate - Maid Cafe "Curio" and Saint October but I don't have high hopes for them.

[Permalink]
I don't like shoujos...
But I did love the shoujo called "Red River" in the past

The cover on "Romance of Darkness" (水に棲む花) By: SHINOHARA Chie - reminds me of "Red River"..the art style...

Too bad is isn't translated...only one mysterious group did some chapters...
I'll check this one out.

[Permalink]
Is it me or does Kokushi look like a manga version of Shutter Island? XD