Like us on Facebook, follow us on Twitter! Check out our new tumblr page. :)
Manga News: Toriko has come to an end; but be sure to swing by and share your favourite moments from the series!
Manhwa & Manhua News: Check out the new Manhwa and Manhua shout-out (March 2016).
Event News: One Piece Awardshas concluded. Check the results Here!
MangaHelpers > News > Manga News > Music Manga Movie Madness!
Homepage
Details
Archives 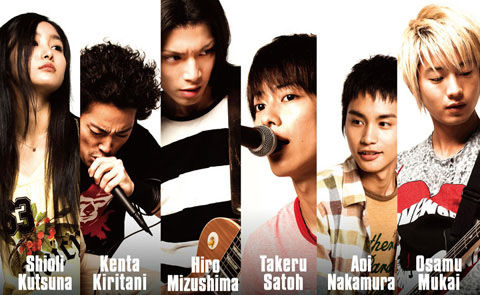 In case you hadn't heard the news, BECK, which was turned into an Engrish-filled anime in 2004, is now the latest music manga to be brought to the big screen in a live-action format.

Previously, solanin, written and illustrated by Inio Asano, was released as a live-action film in April 2010. We'll get back to solanin in just a moment.

Check out the extended trailer here:


Full-size version of the movie poster itself: 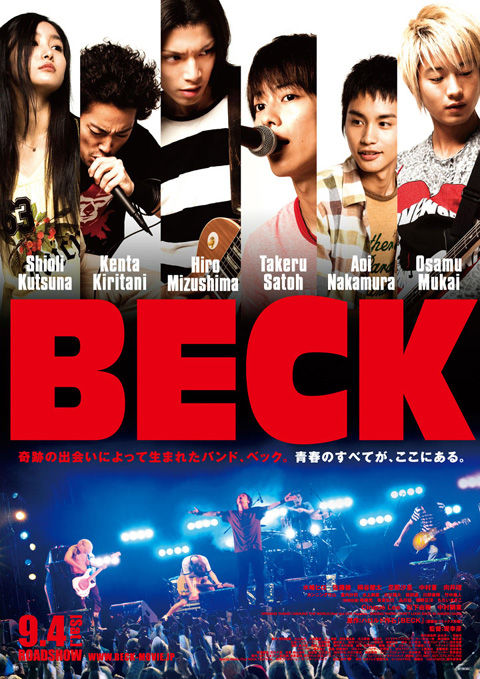 And don't forget to pay a visit to the official website which gives not only the standard story, cast, character descriptions, but includes links to their blog, twitter and wallpaper download section.

BECK follows a group of Japanese teenagers in their efforts to form a rock band. The manga has been licensed by Tokyopop, but is currently on a break after the 12th volume was released in June 2008.
BECK the live action movie will be released in Japan on the 4th of September. 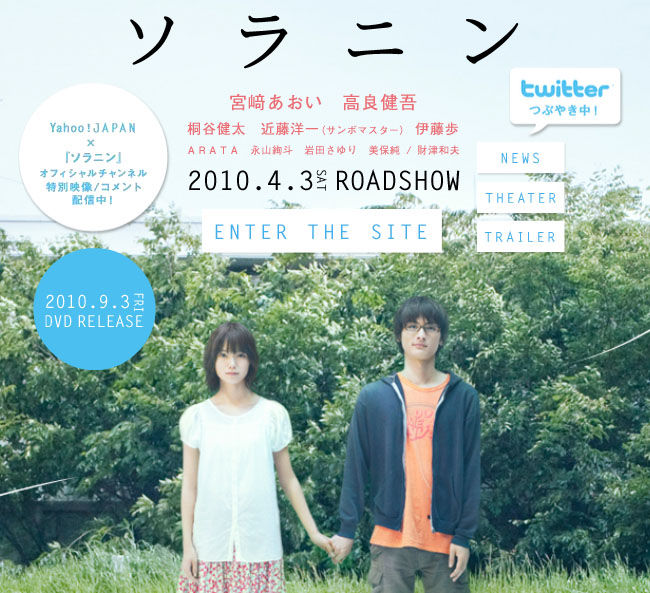 Back to solanin. Slipping almost under the radar is this gem of a film. Spanning only 2 volumes back in 2005-2006, solanin was brought to the big screen in April of this year starring Aoi Miyazaki (Nana live action).
Quoting njt, "The Solanin movie was amazing! Asano Inio fans should put that on their MUST BUY DVD lists."

Here's the trailer for the film in case you missed it:


The solanin DVD will be released September 9 and is readily available for pre-order through Amazon.

solanin details the story of a group of university graduates who leave their direction-less lives in order to start a successful band.
The manga was licensed by Viz Media and was nominated for the 2009 Eisner Award for Best U.S. Edition of International Material - Japan.

[Permalink]
I'm totally going to check it out :D. But Solanin was soooooooooo good. The dvd (special edition) is a first day buy for sure. The manga was good, but they did SUCH a better job with the movie. Trust me, you'll want to see it :).

[Permalink]
Wow some of the actor actually ressembles the manga/animes characters (unlike almost all live action actors). I could spot 3 easily from the poster.

[Permalink]
I bought Solanin (manga) a few months ago. I didn't even know there was a movie. I'm definitely gonna check it out.

[Permalink]
It's cool from Red Hot Chilli Peppers to let them use their songs as the soundtrack for beck. It fits very well since Ryusuke was allways wearing their shirts.

[Permalink]
I am so excited for the Solanin movie. :D

[Permalink]
This is very interesting.

[Permalink]
Thanks for the post. I love アジカン (Asian Kung-Fu Generation).

Looking at the cast from BECK, I could not help thinking about Meichan no Shitsuji (メイちゃんの執事) TV series （based on Manga) that also had Mizushima, Satoh and Mukai... That was a bad acting job, but I enjoyed the show...

[Permalink]
I would just like to comment that the Beck movie might be less-engrish filled; Mizushima Hiro was raised in Sweden, and speaks actual English. As to the other actors... I have no clue :P