Like us on Facebook, follow us on Twitter! Check out our new tumblr page. :)
Manga News: Toriko has come to an end; but be sure to swing by and share your favourite moments from the series!
Manhwa & Manhua News: Check out the new Manhwa and Manhua shout-out (March 2016).
Event News: One Piece Awardshas concluded. Check the results Here!
MangaHelpers > News > Site News > Mangahelpers Featured Manga: 5/18 - 6/1
Homepage
Details
Archives 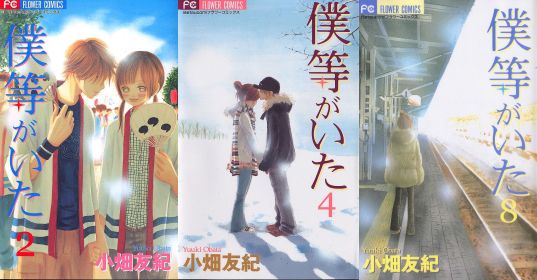 The start of high school life. To the girls, that also meant the start of their love lives. For brand new first year student, Takahashi Nanami (Nana for short), it was no different... She happens to end up in the same class as the incredibly popular Yano Motoharu, who rumors say that two thirds of all the girls are guaranteed to fall in love with. But will that hold true for Nana, who says that if she had to choose between like or dislike, she'd say she dislikes him!?

Saladesu's Recommendation:
Bokura ga Ita, in two words, is an "emotional roller coaster". One moment you'll be rejoicing with the characters and d'awwing at sweet, romantic moments, and the next you'll be tearing your hair out because something got in the way of their love. It's your typical shoujo romance, really, but unlike a good number of others in the same genre, it's the kind of romance story that once you start reading, you just can't put it down. The more you read, the more invested you get in the love story between Yano and Takahashi.

The story is all about the characters, all about their feelings and the things going on in their lives, the obstacles that inevitably face along the way. Somehow, Obata is able to make it all seem very realistic. The art is nothing special, it's pretty much like any other shoujo manga. That's not to say it's bad, though, it's just normal. There are a few chapters when the art was sketchier and did not seem to have gotten inked, but I guess Obata had her reasons as she did put the series on hiatus for a while.

Anyway, Bokura ga Ita also won the Shogakukan Manga Award for shoujo manga in 2005, so that alone should be an apt gauge of how good it is. If you like shoujo romance, dramatic, slice-of-life stuff, then this is definitely for you. 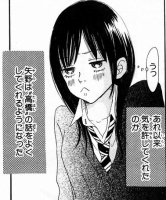 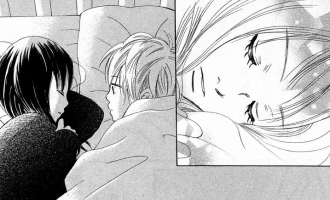 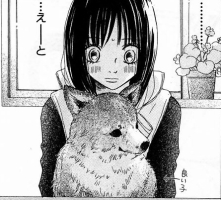 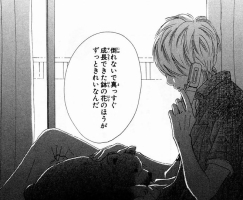 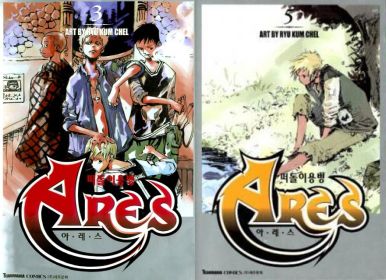 Ares tells the story of four youths who join the Temple Mercenaries on the same day. Their names are Ares, Michael, Baroona, and Gohu. Each of them has dark secrets about their past, but all of them (with the exception of Gohu who's an artist) are extremely skilled fighters. Though they have nothing in common, they quickly form a tight friendship, which survives through the various battles they encounter. As Chronos, the country which hires the Tample Mercanaries, begins to wage a war after 10 years of peace, the four are inevitably pulled in. Will they be able to prove themselves or will they be struck down along the way? And how exactly did they attain such skills?[Scav]

Scav's Thoughts:
It's one of the best Manhwa/Manga I have ever read. This is what you can call a perfect non-mainstream Shounen. The art is really original and the author has an unique style. It's doesn't have the realism of Seinen nor the large eyes of shoujo and its different from stuff like Naruto. It can be awkward at the beginning, but the art perfectly fits the story and you'll get used to it after a few chapters.The characters are well developed and have awesome pasts. This is totally about war and strategies, if you liked the beginning of berserk ( the youth of guts ) or the first part of Vinland Saga, don't hesitate to pick this Series.
------ Manga information -------- 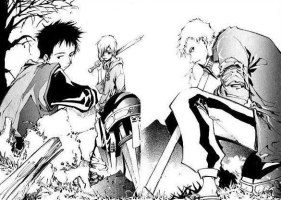 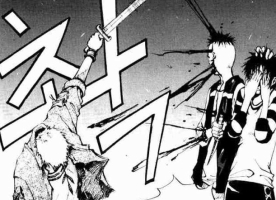 Once upon a time, there was a tragic war, in which the power of the devils was involved. After the war, the devils' power was banned and the world was restored to peace. Cecily Campbell is a knight, who has been looking for a blacksmith to repair her old sword given by her father. One day, she saw a man fighting with a ruffian who used the tabooed devil's power. The man defeated him with one blow of his weirdly shaped sword. The man turned out to be a blacksmith called Luke. The fateful encounter was the beginning of the adventure.

My Thoughts:
I have always had a love hate relationship with fantasy inspired stories; I am either in the mood for them and love them, or absolutely detest them. So with that being so and with wanting something different from my normal reading list, I decided to look for a rather light fantasy series to read and found The Sacred Blacksmith (Seiken no Katanakaji).

As far as fantasy driven stories go, The Sacred Blacksmith is a middle of the pack series. It has all of your typical fantasy genre elements like monsters, spells, magical items, and a fantasy world, but they don't define the story. That's not to say that they aren't prevalent, they just aren't the focal point of the series as they sometimes seem to get lost or are underdeveloped. However, with this being sort of a light cutesy fantasy series, that is understandable.

The real driving force in this series is the artwork. It's absolutely wonderful. Whether it's the characters themselves or the scenery, it's a very crisp style that fits the laid back tone of the story quite well. Every panel, every line has a purpose and flows quite nicely.

All in all, if you are looking for a really deep and story driven fantasy series - The Sacred Blacksmith isn't for you. However, if you are just looking for something light hearted and filled with fantasy elements - definitely check it out. :3 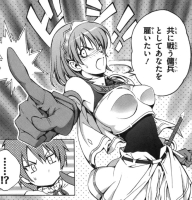 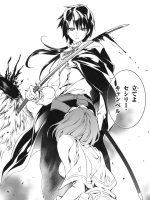 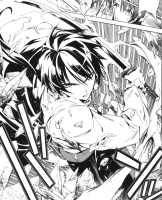 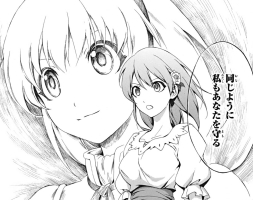 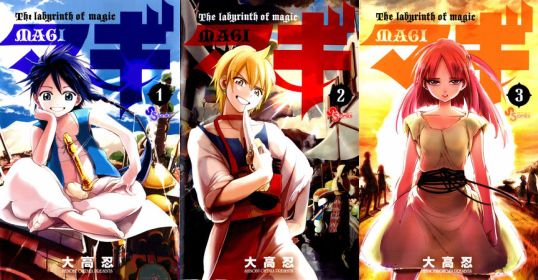 Aladdin is a child who has a magical flute with a djinn inside. The djinn, named Ugo, is Aladdin's friend, has a huge muscular body, is headless, and is shy around girls. If they touch him, he becomes embarrassed. Soon Aladdin and is new friend Alibab go on adventures together. What new things will they see and experience? [Hyuga 91]

My Thoughts:
Magi is a pretty interesting and unique series from the standpoint that it's not every day one comes across a series based in an Arabian setting. The concept of a boy and his djinn (genie) isn't necessarily original or groundbreaking, but is definitely a breath of fresh air from your typical fantasy driven series.

The pace of the story, the likable characters, and the unique setting / concept makes this a pretty fun read and definitely something to check out :thumbs
------ Manga information -------- 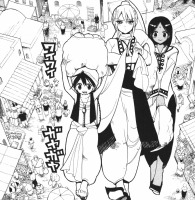 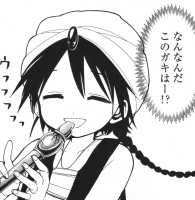 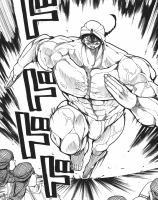 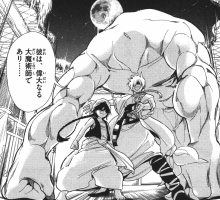 [Permalink]
Wow, the art of those mangas is awesome O.O!

[Permalink]
interesting list this time, vin. I've read Bokura but I think I dropped it. I opted for watching the drama, and then also dropped it after three episodes, lol.

[Permalink]
i like romance and slice of life manga

and BOKURA GA ITA have both gonna read it .