Like us on Facebook, follow us on Twitter! Check out our new tumblr page. :)
Manga News: Toriko has come to an end; but be sure to swing by and share your favourite moments from the series!
Manhwa & Manhua News: Check out the new Manhwa and Manhua shout-out (March 2016).
Event News: One Piece Awardshas concluded. Check the results Here!
MangaHelpers > News > Shout-Outs > Mangahelpers Featured Manga: 7/6 - 7/20
Homepage
Details
Archives

Once again, I would like to thank Shinsatsu for making us a fantastic banner[here]. You can see more of his lovely work in his gallery or in the bi-weekly sig contests. :)

The story revolves around four teenagers; Akina, Hime, Ao, and Kotoha; each of them having their own unique abilities. They run an office called Hiizumi Life Counseling Office, where their job is to help and protect the townspeople of Sakurashin, a town where humans and youkai co-exist with one another. The town is protected by a barrier created by the spiritual sakura known as The Seven Pillars. The Seven Pillars exist in both the human world and the youkai world and is the only thing that keeps both worlds connected to each other. However, recent bizarre incidents have occurred in their town and someone has threatened the safety of their town. It is up to the four of them to protect the town they love.[RaveDragon]

RaveDragon's Thoughts:
This manga is not very popular which surprises me to no ends. The volume covers are quite unique making you think it is a music manga, but it isn't, its a supernatural manga by the illustrator who drew the characters of the more famous Durarara!! Suzuhito Yasuda.

This being his first manga, Yasuda does a very good job both artistically and plot wise introducing the various lovable characters showing their everyday life with nice plot twists as the enemies also come in.

The story is not that easy to understand and must be read slowly if not a few times but it is unique in it's own ways and makes you curious to know more. It's not an easy life for the characters though each have their own set of problems which is a good thing as even hero's after all shouldn't always be happy go lucky types another good thing in the manga.

If you like friendship and family atmospheres with super powered teens both human and not working together for the sake of their town then this is an amazing read. It's got it's flaws like all manga's and a typical shonen but certainly deserves more attention. 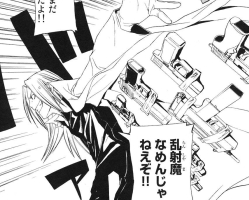 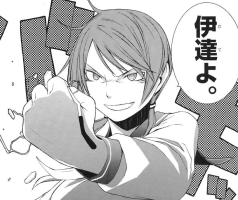 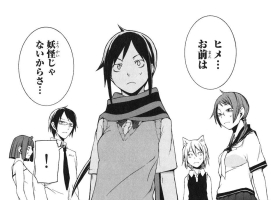 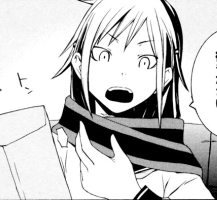 Kazama Masamune is your ordinary single 23-year-old man. A man that is touted as too young to be a father. But during one spring, his loved one passed away. Unknowingly one day he met up with a little 5-year-old girl, whom he later realized that she is his daughter that his lover had brought up without him knowing. Slowly his life is being changed for the better with the introduction of a new family member...

Saladesu's Thoughts:
My Girl is one of those really cute, utterly adorable little manga that make you want to hug someone real tight! <3 Kazama Masamune is your average single 23-year-old man leading an average, mundane life. Everything changes when he meets a little girl named Koharu, whom he then learns is his daughter with his lover who had left him years before, and who had just passed away. So begins a story of self-discovery, of growing, of sharing, of adapting, as Masamune learns to live with Koharu, finding in each other the strength to come to terms with the death of her mother and his love.

If you've seen any of Sahara Mizu/Yumeka Sumomo's works before (Voices of a Distant Star, Watashitachi no Shiawase na Jikan), you'll know that her artwork is impeccable. The art has a very soft and gentle touch to it, which is really fitting for the series. Sahara also knows just how to make a picture truly speak a thousand words. As for the characters, they're really three-dimensional and it's amazing how you'll see the adults growing and learning just as much as the children. Their interactions are very real and believable, and more often than not, they will warm your heart and bring a smile to your face, perhaps even tears. The innocence of a child is captured perfectly in this series through Koharu and the other children Masamune meets along the way.

If you're looking for something bitter-sweet, heartwarming and touching, read "My Girl". It's such a breath of fresh air amidst the throngs of manga centering on battles, sports, romance and the ilk. 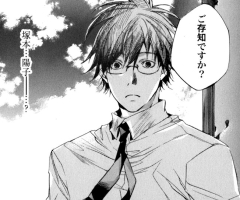 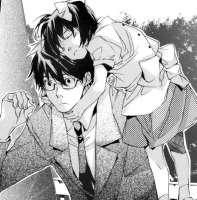 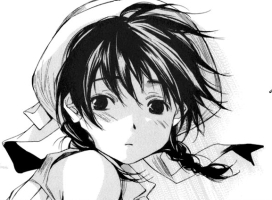 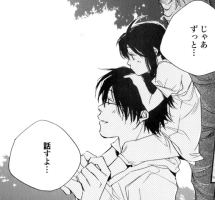 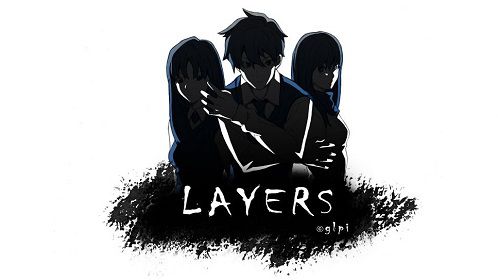 Mia has a special talent which she didn’t know she had until recently. If she concentrates, she can transfer in another dimension called “Layers”. That dimension has no people except those that can transfer of course and... The monsters that lurk there! If you accidentally get trapped in “Layers” your only hope is... The Special Class!

My Thoughts:
The more and more I read these Webtoons, the more I start to really like them. I don't know if it is the stories or just the format and use of color, but they seem like a breath of fresh air. It's almost like I have rediscovered the awesomeness of manga/comic books again. And, yea... that was a pretty sappy and corny thing to say, but it's true. :3

Layers is still a pretty "new" series. Not in the sense that it just came out (though, there are only 25 chapters right now), but in the sense that the plot is still unraveling and there is a good sense of mystery to just what is going on. Some times you just don't get this feeling when you start to read longer series for the first time, you know? So, this definitely adds a sense of excitement to this series as the reader is allowed to discover it as it's released.

If you haven't delved into the world of Webtoons and Manhwa yet, this series isn't a bad start. 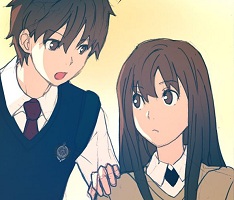 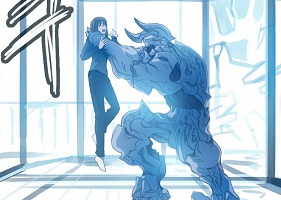 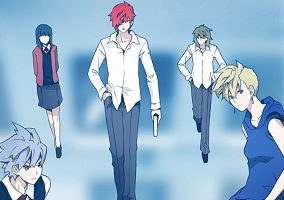 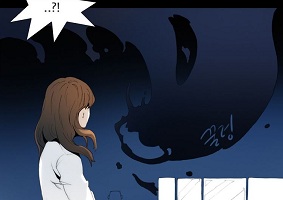 Have a suggestion for series to be featured in our future release? You can let us know by sending vintagemistakes a PM with the name of the series and a short, 2-3 paragraph summary of why you think others should read the series as well. :3

[Permalink]
Quarlet is recommended although I havent read it yet.
But ill definetly give it a try when I can.
Layers looks cool too.

[Permalink]
Wow, it does make an impression when you see your recommendation here =D

[Permalink]
Good titles this week. But they have to wait till I'm done with the exams :)

[Permalink]
When I finish re reading dragon ball and dragon ball z I'll start reading these. My girl has the best art although all of them seem appealing.

[Permalink]
how is My Girl different from Usagi Drop? Maybe I should read to compare. -_-