Like us on Facebook, follow us on Twitter! Check out our new tumblr page. :)
Manga News: Toriko has come to an end; but be sure to swing by and share your favourite moments from the series!
Manhwa & Manhua News: Check out the new Manhwa and Manhua shout-out (March 2016).
Event News: One Piece Awardshas concluded. Check the results Here!
MangaHelpers > News > Shout-Outs > Mangahelpers Featured Manga: 10/26 - 11/9
Homepage
Details
Archives 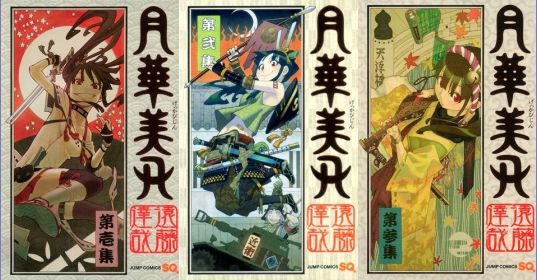 On the dark side of the moon exists a highly advanced civilization divided into two clans, the Takenouchi family and the Umenouchi family. Takenouchi Kaguya is the daughter of Takenouchi Fumiya, the acting queen of the clan. Kaguya is the next in line for the position for queen but she refuses to be obedient and wants to enjoy life. The bratty Kaguya despises her mother and the people around her for being so strict and often wishes she was never born as a princess.

Queen Fumiya has been severely ill for many years now, but has kept it from her daughter in order to protect her but her condition has worsened. The Umenouchi family takes this opportunity to start a coup and takes over the government. Knowing that she is not able to ensure her daughter’s safety on the moon, Fumiya sends Kaguya to Earth with the powerful katana that symbolizes her ownership of the moon. Without the sword, the Umenouchi family cannot usurp control of the moon. Kaguya is forced to mature and become stronger in order to take back what was once her mother’s! [vyc]

My Thoughts:
From the mangaka that brought you Tista and Shihou Yuugi , ENDOU Tatsuya brings us another lovely and deeply satisfying story in Gekka Bijin.

The story revolves around that of Kaguya. A somewhat bratty princess that is line to become the next Queen. She's not so much overly bratty that one would hate her character, but just more carefree and would rather have fun then do anything serious. However, all that is about to change. On the day of her coming of age ceremony, a rival clan attacks and tries to take over the Kingdom. Forced to flee, Kaguya quickly must grow up and take back what rightfully belongs to her. And that is where the story begins!

One of the best things about this series in my eyes, is that it is filled with over-the-top and eccentric characters. They, in conjunction with the artwork really help this tale come to life as there is just enough outlandish reactions to make the characters and art quirky enough with out over doing it. Something that could be very hard to pull of and a detractor if not done right.

All in all, Gekka Bijin is a definite read for anyone that is looking for something solid yet quirky. 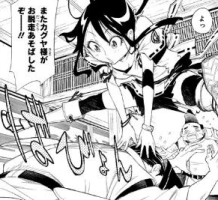 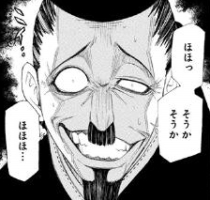 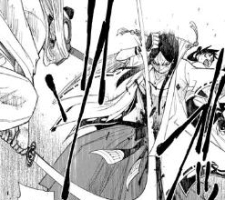 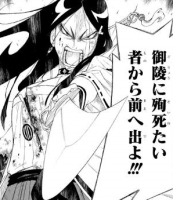 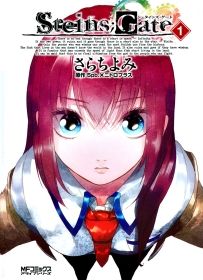 The story of Steins;Gate takes place in Akihabara and is about a group of friends who have managed to customize their microwave into a device that can send text messages to the past. As they perform different experiments, an organization named CERN who has been doing their own research on time travel tracks them down and now the characters have to find a way to avoid being captured by them.

My Thoughts:
One of the more complex series I have read in a long time, Steins;Gate can become quite difficult to read sometimes. It's not that its a bad story or isn't done well, its just that it can be confusing and a lot to swallow in the beginning. But once you get over that hurdle and figure out the gist of what is going on, it really is a very unique take on time travel.

For starters, just the fact that a microwave is the device that allows them to time travel is sort of ridiculous yet amusing at the same time. And its little things like that that really help to lighten the complexity of the series and make it worth reading. 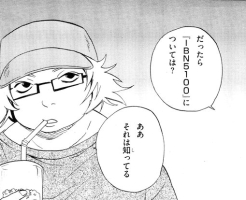 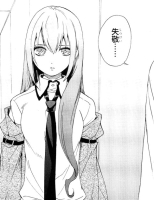 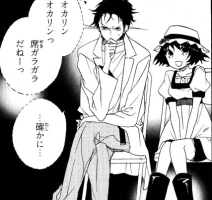 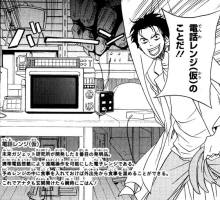 [Permalink]
Vol.4 won't be out for another week :x

It's a good series, but I wouldn't want to touch that (for tling) since I'm not really good at making classic Japanese into English. It's easier to do it from Japanese to Chinese, but not so much for English.