Like us on Facebook, follow us on Twitter! Check out our new tumblr page. :)
Manga News: Toriko has come to an end; but be sure to swing by and share your favourite moments from the series!
Manhwa & Manhua News: Check out the new Manhwa and Manhua shout-out (March 2016).
Event News: One Piece Awardshas concluded. Check the results Here!
MangaHelpers > News > Shout-Outs > New Manga Shout Out: 9/10/12 - 9/16/12
Homepage
Details
Archives

Welcome to the next New Manga Shout Out. With the no-raws/scans rule on MH, you have to work a bit to find these mangas. This week features a magical girl who slaughters demons, a girl with a maid fetish and middle schoolers who can carry guns. Remember, if you like any of the series, favorite them. Don't forget to also thank the various people who feed your manga addiction. ^_^ Translators and Scanlators, please check out these series and see if you can spread some more manga love~ 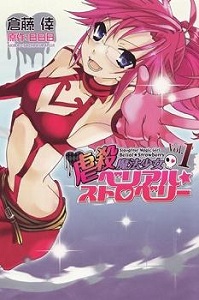 In the past, the three realms of the Underworld, the Earth, and the Heavens were separate. Demons lived in the Underworld, humans lived on Earth, and the fairies lived in the Heavens. However, ten years ago, the demons invaded the Earth. Now they rule the Earth, and all of humanity are their slaves. They still have jobs, attend school, and so forth, but they all live in fear. If a human offends a demon, even by accident or by doing nothing at all, they can't stop the demon from killing them. One special human girl, Osoreyama Miyako, sees the state of the world, sees the path her pitiful life will follow, and decides to end it all.

The humans aren't the only ones concerned with the demon takeover. The fairy Jin has been sent to right the balance of the three realms. However, by old treaty, she can't fight demons directly. She must make some human into a magic girl to fight in the defense of humanity. The naive, idealistic fairy chooses Miyako to be her magic girl. On the very night Miyako plans to take her own life, Jin forms the contract and dubs her "Belial Strawberry." To Jin's horror, though, Miyako does not have a heart full of the love of justice. Her heart is full of anger, bitterness, and despair. When Jin makes her a magic girl, all Miyako hears is that now she will have the power to slaughter her oppressors. After she brutally murders a demon in public, in the defense of a helpless cat, the newspapers name her "Slaughter Magic Girl Belial Strawberry," and her story begins! 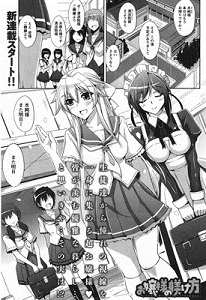 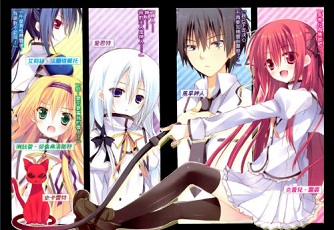 This is a manga based on a popular light novel series of the same name.

Kazehaya Kamito has been summoned to the girl's school Areishia Spirit Academy, which teaches noble young ladies how to make contracts with powerful spirits. On his way, he has the misfortune of catching sight of one of these lady spirit contractors bathing. She is Clair Rouge, and she is contracted to a spirit named Scarlet, though she has her sights set on a more powerful spirit. Kamito convinces her to lead him to the school, but she stops on the way to make a contract with this powerful spirit. When Kamito ends up 'stealing' the powerful spirit, it is revealed that he is actually an unheard-of male spirit contractor! What could be the origin of his power? Now Clair is determined that he's going to have to support her, since she believes that the spirit he now has power over what should rightly be hers... 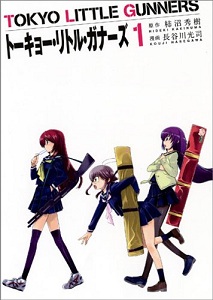 In the near future, Japan has passed legislation making it legal for everyone over the age of 14 to carry guns for self-protection. Now, just about everyone carries a gun, including middle-school students! There are rumors of a mysterious legendary gunfighter, "Thousand-Killer Wendy," who fights against evil. Many criminals and others seek to draw her out, to make their names by killing the notorious Wendy. However, "Wendy" is actually three middle school girls. Takatori Sally's low blood pressure and low blood sugar lead her to eat and sleep a lot, but she's still an awesome gunwoman. Shinonome Ma-chi, who specializes in sniping, has difficulty interacting with men, particularly handsome men. The third friend, Andou Misa, is the brains of the operation, and she deals with all the team's technology-related needs. Together, they'll do their best to handle whatever comes their way! 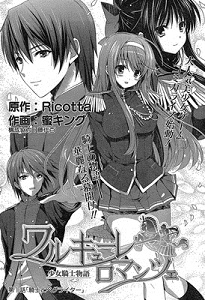 This manga is based on the adult visual novel of the same name. The characters all go to a school that revolves around the sport of jousting. The main character, Mizuno Takahiro, was once a skilled jouster, but he is now out of the sport due to an injury. Each knight still needs an advisor, however, and many of the cute female knights are asking Takahiro to join them for the upcoming annual school competition. However, before he decides who to advise, a series of events ends up throwing his close friend Kisaki Mio into competition jousting. Mio has never jousted before, and can't even ride a horse, so Takahiro decides he really needs to be her advisor. Will Takahiro be able to get Mio shaped up into a skilled knight in time for her jousting?

=======================================================
Note to all scanlators: If you recently started scanlating a new manga series (with about 5 or less chapters released) and would like your manga to be shouted out in the next New Manga Shout Out, then please PM me. Please include:
This is what tethysdust said this week:
Quote:
The only one that caught my interest this week was Slaughter Magic Girl Belial Strawberry. It's a pretty dark take on the whole 'magic girl' story, and the interplay between Miyako's violent anger and Jin's innocent ideals is surprisingly funny.

My opinion:
Hmmm... Nothing really piqued my interest this week... -__-

[Permalink]
I'm having Ojousama no Shitsukekata and Walkure Romanze on my radar for a while now.
Both good stuff :)
But I can't understand all the hype for Seirei Tsukai no Kenbu...
Nothing what the world hasn't seen yet... yare, yare...