Like us on Facebook, follow us on Twitter! Check out our new tumblr page. :)
Manga News: Toriko has come to an end; but be sure to swing by and share your favourite moments from the series!
Manhwa & Manhua News: Check out the new Manhwa and Manhua shout-out (March 2016).
Event News: One Piece Awardshas concluded. Check the results Here!
MangaHelpers > News > Shout-Outs > New Manga Shout Out: 9/24/12 - 9/30/12
Homepage
Details
Archives

Welcome to the next New Manga Shout Out. With the no-raws/scans rule on MH, you have to work a bit to find these mangas. This week features a guy cheating on his wife, a girls tennis club and a veterinarian. Remember, if you like any of the series, favorite them. Don't forget to also thank the various people who feed your manga addiction. ^_^ Translators and Scanlators, please check out these series and see if you can spread some more manga love~ 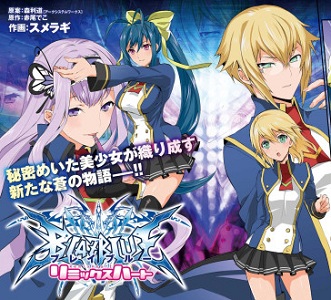 This is a manga based on the BlazBlue fighting game. Many characters from the BlazBlue game are studying at the Military Academy in the 15th Hierarchical City of Torifune in order to become officers or soldiers for the Novus Orbis Librarium. The main character, Mai Natsume, was actually a boy who was transformed into a girl, and she spends most of her time hanging out with her fellow female classmates. They get into loads of quirky situations that are only made more bizarre by the magic dispersed in grimoires and other objects in the school. 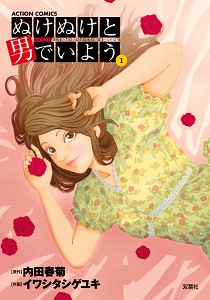 Tonuno has a wife and a daughter, Kitsuka, but he also has a mistress. His wife has been acting colder towards him lately, and he is critical of the fact that she still hasn't lost all of the fat from having their daughter years earlier. He meets his lover Moemi regularly, for sex and companionship, and he believes he has successfully kept it a secret from his wife. One day, though, she reveals that she knows he's cheating-- she can smell the scent of another woman. Tonuno would eagerly divorce his wife, but he can't bring himself to do that to his little daughter. Will he be able to break it off with Moemi? 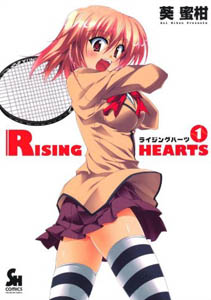 When her parents went overseas, Nagamori Konoka moved in with her aunt and her cousin, Itsuki. Konoka is excited to transfer into this new school and start her new school life, but she starts off her first day by being late to class! She's eager to jump into student life, and when she learns that her cousin is in the tennis club, she decides to join the girls tennis club. Konoka has never played tennis before, and she is taken aback to see how highly skilled the other girls are. When she tries hitting a few balls, though, Konoka surprises everyone with her amazing natural talent! Konoka begins to make friends with the girls on the tennis team, especially the captain, Kyoka. The one teammate who doesn't seem to want to be her friend is her classmate Mizuki, who is skilled at tennis but very standoffish. Will Konoka be able to make friends with everyone and enjoy her tennis-filled life to the fullest? 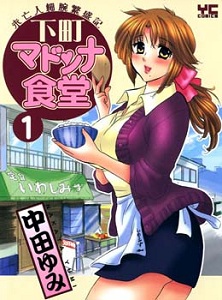 "Iwashimizu" is the name of a cheap, but good, eatery that's quite popular. One of the main reasons it's popular is because of the sweet, sexy owner, Iwashimizu Ruriko. She has amazingly large breasts and a great butt, which all the customers enjoy due to her tight shirts and short skirts. Her daughter, Mari, also has enormous breasts. Her loyal customers think very highly of her beauty and sweetness, and are shocked when she begins to get closer to a young man who comes in one day attempting to collect a debt. There are many daily good and bad happenings in the eatery with Ruriko, Mari, and the customers, most of which eventually involve some kind of nudity or near-nudity on Ruriko's part! 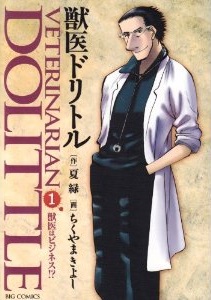 Tottori Kenichi is a highly competent vet that has been nicknamed "Dolittle." He's very strict with pet owners and the money they owe him, but he really is a great vet. Often, he ends up not only helping the pet, but also the owner. The manga starts off when a young woman, Tajima Asuka, asks him to treat a racehorse, Asuka Mirai, who has a broken leg. She accepts the high cost of treating the horse, but is shocked by the level of suffering the horse will have to endure to in order to heal.

My opinion:
This week, nothing really piqued my interest... ^^;;

[Permalink]
well, there's a Iwashita Shigeyuki work^^
But I agree, nothing real special this week T_T