Like us on Facebook, follow us on Twitter! Check out our new tumblr page. :)
Manga News: Toriko has come to an end; but be sure to swing by and share your favourite moments from the series!
Manhwa & Manhua News: Check out the new Manhwa and Manhua shout-out (March 2016).
Event News: One Piece Awardshas concluded. Check the results Here!
MangaHelpers > News > Shout-Outs > New Manga Shout Out: 10/8/12 - 10/14/12
Homepage
Details
Archives

Welcome to the next New Manga Shout Out. With the no-raws/scans rule on MH, you have to work a bit to find these mangas. This week features an assassin who joins a volleyball team, Japanese pottery and motorcycling. Remember, if you like any of the series, favorite them. Don't forget to also thank the various people who feed your manga addiction. ^_^ Translators and Scanlators, please check out these series and see if you can spread some more manga love~ 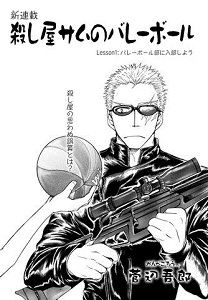 A highly skilled, nameless assassin has taken on a job to kill the son of a highly regarded professor. He has two months to do the deed, but he is certain that it will take him mere days. However, when the assassin goes to scout out his kill, he is struck violently in the head with a volleyball from his target's club practice. Now the assassin remembers nothing, except that his target, Mizuno Yukiaki, is a person that was important to him for some reason. Yukiaki decides that the best thing to do is to convince this scary-looking, amnesiac stranger that he is actually a member of their club named Sam. Now Sam attempts to 'remember' how to play volleyball with his teammates, not even knowing that the deadline for his kill is creeping nearer! 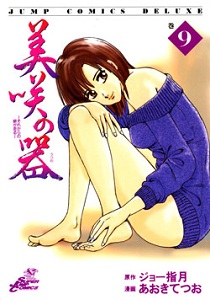 Matsumoto Misaki is a young potter who dreams of bringing out the color scarlet, the ultimate color in Japanese pottery, in her work. One day, her fiance vanishes and she finds herself saddled with a large debt. The famous pottery critic, Umino Toko, pushes Misaki into an important competition, with prize money that can save the day. However, Umino is not especially impressed with Misaki's work thus far. Umino tells her to bring better work to the competition, and that she will check her ceramics beforehand and to trash anything that is not up to par. Will Misaki be able to bring out the color scarlet and to improve her craft under such pressure? 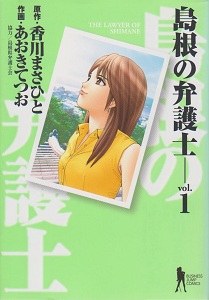 Shimane is one of the least populated prefectures of Japan, and it also has the least lawyers. Yamazaki Mizuho is going to be the prefecture's 27th lawyer! Among other reasons, she chose to practice in Shimane due to her fascination with the writer Lafcadio Hearn (1850-1904), who took the Japanese name Koizumi Yakumo. Yakumo loved Shimane and wrote many works about Japan when he lived there in his later life. Mizuho has a lot of passion for her work, and she is willing to do whatever it takes to help her clients! 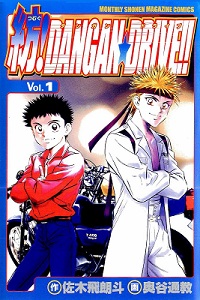 This is an exciting manga about motorbikes! Asahina Tsumugu is an ordinary high school student whose one special point is his skill in biking technique. While he skillfully rides his monkey bike around, he ends up attracting attention from many people, from the pretty school idol Ayaka to a friendly yakuza teen named Aito. His motorcylcing life will become even more interesting when he meets the ace rider of the Hakugei University's motorcycle club, Kunugigawa! 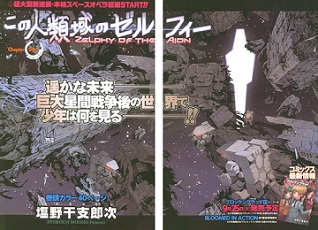 Reesha was once a prince of a powerful dynasty, but after the end of a war, his home is no more. In the the first three years of Reesha's new life, he went to school with some of his family's former subjects, now his friends. However, after they graduated, they all joined the military. Reesha's small size, due to his artificial heart, has prevented his acceptance into the military for three years running. Now, 19-year-old Reesha is living as an ordinary plumber in a town of hot springs. In order to help Reesha get around the size requirement, he and his military friends sneak into a bathhouse to appeal to the general directly. Unfortunately, this plan results in a series of unexpected, violent events which cause Reesha to finally depart his everyday life and head off to chase his destiny!


My opinion:
I agree with tethysdust and didn't really find anything that appealed to me... ^^;;

If you haven't done so already, check out the scanlations of the mangas from previous shout outs which have been recently scanlated: historical adventure Samurai Ragazzi - Sengoku Shounen Seihou Kenbunroku (MH link).