Like us on Facebook, follow us on Twitter! Check out our new tumblr page. :)
Manga News: Toriko has come to an end; but be sure to swing by and share your favourite moments from the series!
Manhwa & Manhua News: Check out the new Manhwa and Manhua shout-out (March 2016).
Event News: One Piece Awardshas concluded. Check the results Here!
MangaHelpers > News > Shout-Outs > New Manga Shout Out: 10/15/12 - 10/21/12
Homepage
Details
Archives

Welcome to the next New Manga Shout Out. With the no-raws/scans rule on MH, you have to work a bit to find these mangas. This week features a woman getting involved with a married man, the Duel Masters card game, and a friend torn between her love of a friend and piano. Remember, if you like any of the series, favorite them. Don't forget to also thank the various people who feed your manga addiction. ^_^ Translators and Scanlators, please check out these series and see if you can spread some more manga love~ 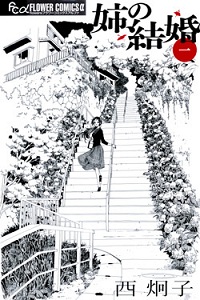 Iwatani Yori is pushing forty, and she feels her time of young romance is over. She's moved from Tokyo back to her hometown and has resigned herself, not entirely unhappily, to peacefully growing old there while working at the local library. Life has a way of surprising people, though, and soon her life is anything but peaceful. First, her little sister Ruiko destroys Yori's solitary lifestyle by crashing in her apartment after breaking up with her boyfriend. Then, she meets an attractive doctor at the library, a meeting which almost immediately leads to sex. He's Maki Makoto, and he claims to be a kid Yori knew in middle school. In middle school, he was a chubby kid that was teased mercilessly, completely different from the man before Yori now. She also doesn't know that he is actually married, and to a woman who looks just like her! What does he really want with Yori? 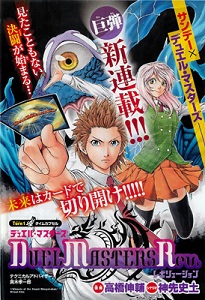 Kouya Mirai used to play the Duel Masters card game as a kid, but now that he's 15, he's long since put that stuff behind him. He even buried his old cards in a time capsule. However, when his friend Shiratori Manami drags him to a 'part-time job,' he finds himself once again playing Duel Masters in a card shop. With the feelings of nostalgia this brings up, he and Manami visit their old elementary school that night-- only to find it full of people searching for his time capsule! When Mirai recovers his time capsule, he finds that what is inside is bigger than just a card game, it is something that appears to connect the Duel Masters monsters to reality! 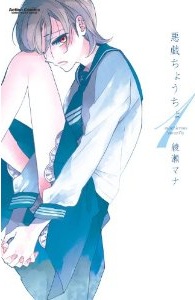 Sakura, a 1st-year student at a music high school, loves playing piano. She also quietly loves her friend, Nanoha. Nanoha has adored listening to Sakura play the piano ever since they were children. As the yearly music competition for upperclassmen comes around, Sakura will have to deal with her passion for both the piano and Nanoha. 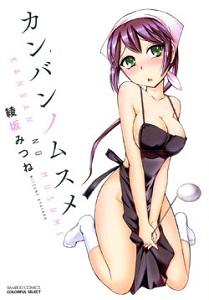 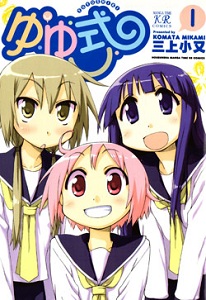 This 4-koma style manga features 3 school girls as they hang out and chat. Friendly, clueless Yukari, enthusiastic, childish Yuzuko, and the more level-headed Yui hang out and talk about various subjects, like ketchup and mayonnaise, hands, the sun and more.

My opinion:
Nothing really stuck out to me either, although Ane no Kekkon might be good for those wanting romance.

If you haven't done so already, check out the scanlations of the mangas from previous shout outs which have been recently scanlated: school life comedy Hadaka no Taiyou (MH link), romantic comedy Cross Manage (MH link).

[Permalink]
Imo, Duel Masters Rev was pretty awesome.
I liked how it wasn't just a normal card game, but summoned the monsters for real. The arts was pretty good too.

[Permalink]
Ane no Kekkon is somehow interesting, and it's josei too, hoho~