Like us on Facebook, follow us on Twitter! Check out our new tumblr page. :)
Manga News: Toriko has come to an end; but be sure to swing by and share your favourite moments from the series!
Manhwa & Manhua News: Check out the new Manhwa and Manhua shout-out (March 2016).
Event News: One Piece Awardshas concluded. Check the results Here!
MangaHelpers > News > Shout-Outs > New Manga Shout Out: 11/19/12 - 11/25/12
Homepage
Details
Archives

Welcome to the next New Manga Shout Out. This weekly article introduces you to manga that are new and/or have not been scanlated yet. This week features a supernatural society, a guy trying to get out of debt and a calligraphy club. Remember, if you like any of the series, favorite them. Don't forget to also thank the various people who feed your manga addiction. ^_^ Translators and Scanlators, please check out these series and see if you can spread some more manga love~ 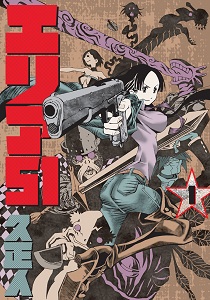 In the American Area 51, there is a society where many varied supernatural creatures--kappa, vampires, aliens, gods and goddesses of various mythologies, mythological figures (like King Arthur), and more-- make their home. In addition to the non-humans, there's also a population of humans, people who can't live in the ordinary world for one reason or another. One of these people is Magoi Tokuko, commonly known as Makkoi, a tough woman who works cases with the help of her kappa associate, her deep knowledge of the area, and her pistol. In her office, which she's built in an unfinished subway station, she takes on all kinds of jobs (recovery of stolen goods, infiltration, etc.) from the many humans and non-humans who come to pay for her help. 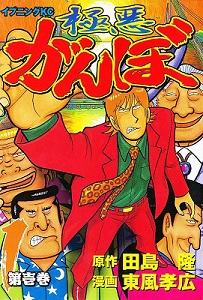 Kanzaki is frustrated that his failure to graduate high school is still affecting his career options at the age of 27! He consistently gets offered lower salaries than other applicants, just because of his school history. His friend Takemoto introduces him to a different plan of making money-- stealing and copying bank cards! At first, all goes well, but soon Kanzaki learns that they have stolen from the wrong men. After his friend sells him out, Kanzaki is faced with a shady 'conflict resolution' company, which intends to force him to pay for his crimes. First, they send him to a work boat, where there are many men engaging in physical labor to pay back debts, in a situation that reduces them to little more than lifelong slaves. This is absolutely not how Kanzaki wants to resolve this conflict, and he's determined to find a better way. His efforts to pay for his ill-advised crime spree will change his life forever! 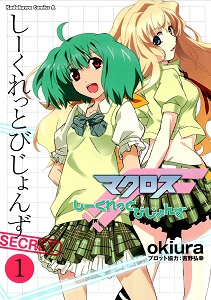 This story is related to the manga "Macross F." Here, the focus is on the famous singer, the "Galactic Fairy" Sheryl Nome, and the aspiring teenage singer Ranka. At this time, they are both attending Mihoshi Academy. Sheryl records a PV for their school festival, and then teams up with Ranka to perform in a 2-vocalist combination! They might have a hard time working as a team at first, with the combination of Sheryl's experience and arrogance and Ranka's inexperience and self-doubt. 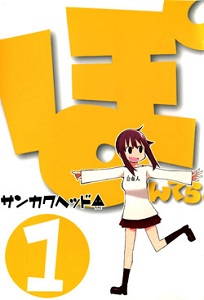 Misaki is a member of the calligraphy club at school, but all of the other members have just graduated, leaving her all alone. In order for the club to continue to exist she needs to find new members. One hot day, she meets a strange new transfer student, Haruka. Haruka sleeps a lot, and is very fond of popsicles. She doesn't really have any interest in calligraphy, but she joins Misaki's club anyway. Most of her reasoning seems to be that Misaki bought her a popsicle once, and the clubroom has a great air conditioner. Soon, several of Misaki's other friends also join the club, and she's set for a great year of club activities-- except that none of them really care much about calligraphy! However, thanks to all of their extremely quirky personalities, it will not be a dull year! 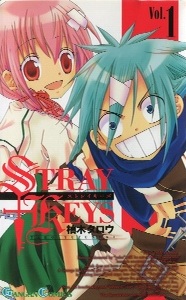 "Yoku" (desire) erodes humans, causes them to lose their reason and eventually become beings known as "Yokukai." They end up moving to a strange other world that is peopled by entities who have no bodies and who seek to take them from humans. When Hinagata Anzu's friend Sou collapses on the street one day, Anzu gets a glimpse into that other world. Later, to save another friend from the same fate, Anzu makes a contract with one of the other world's inhabitants. According to the contract, Anzu will eventually surrender her body. Regardless, Anzu is determined to find out what exactly happened to Sou and to save her, if it isn't too late. Her new partner has his own plans, involving opening the many locks on Pandora's box...

=======================================================
Note to all scanlators: If you recently started scanlating a new manga series (with about 5 or less chapters released) and would like your manga to be shouted out in the next New Manga Shout Out, then please PM me. Please include:
This is what tethysdust said this week:
Quote:
My favorite this week was Area 51, by far. The art is a little unusual, but I really liked the stories to the cases Makkoi takes on and the continuing background story of Makkoi's present life and how it came to be this way. I think the premise has a lot of potential for continuing creative stories, too. Also, Gokuaku Ganbo grew on me, too, despite its weird art. The genre is not my favorite, but I think it would definitely be worth checking out for people who are into that kind of crime/debt story.


My opinion:
The only one that sort of piqued my interest was Gokuaku Ganbo since it kind of reminds me a little of Kaiji because of its getting out of debt aspect.