Like us on Facebook, follow us on Twitter! Check out our new tumblr page. :)
Manga News: Toriko has come to an end; but be sure to swing by and share your favourite moments from the series!
Manhwa & Manhua News: Check out the new Manhwa and Manhua shout-out (March 2016).
Event News: One Piece Awardshas concluded. Check the results Here!
MangaHelpers > News > Anime News > Winter 2013 Anime Preview: Tamako Market
Homepage
Details
Archives 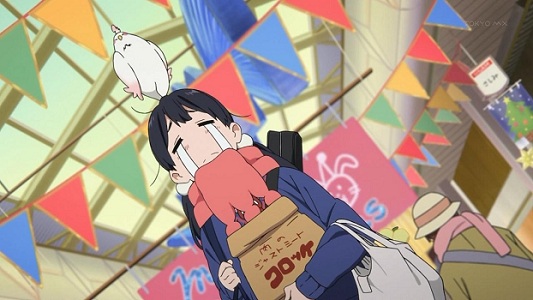 Tamako is just a normal young girl whose family has been making mochi for generations. As her birthday approaches, she happens to meet a talking bird who claims to be a royal court attendant looking for a bride for his master. After the encounter, Dera the bird decides to stay around her and becomes a part of Tamako's life and the neighborhood that she lives in.

New From the Writer, Director, and Character Designer of K-On! Eita enters high school aiming for the National University School of Medicine. Because of his parents' divorce—and his goal—he shuns anything to do with romance or love. One day, Masuzu, the school beauty with the silver hair who has just returned to the country, enters his life in a most unexpected way. Chiwa, his childhood friend since elementary school, will not let this go without a fight.

2 members and 2 guests have thanked Kaiten for this news