Like us on Facebook, follow us on Twitter! Check out our new tumblr page. :)
Manga News: Toriko has come to an end; but be sure to swing by and share your favourite moments from the series!
Manhwa & Manhua News: Check out the new Manhwa and Manhua shout-out (March 2016).
Event News: One Piece Awardshas concluded. Check the results Here!
MangaHelpers > News > Shout-Outs > New Manga Shout Out: 1/21/13 - 1/27/13
Homepage
Details
Archives

Welcome to the next New Manga Shout Out. This weekly article introduces you to manga that are new and/or have not been scanlated yet. This week features three roommates, a city that kidnaps and sells kids' bodies, and a perverted boss. Remember, if you like any of the series, favorite them. Don't forget to also thank the various people who feed your manga addiction. ^_^ Translators and Scanlators, please check out these series and see if you can spread some more manga love~ 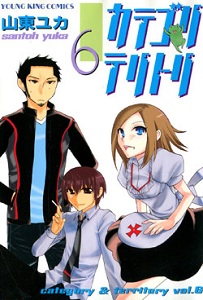 After a night of heavy drinking, three individuals end up being roommates in one small apartment. None of them have any recollection of why or how this agreement took place, but the three agree to live together. One punched her boss in the face and got fired. The other is an old-fashioned and stoic athlete. The oldest one out of the three loves smoking and women. Will their room-share work out? 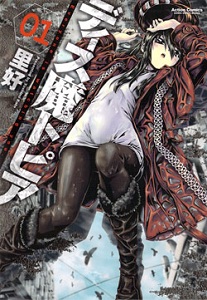 The story begins in the near future, where a social mobile network called the "Kizuna-Topia" controls all communication and surveillance in the wall-bound city. In this city, two sisters, Enna and Yayako, come face to face with the ongoing man-hunt for young, healthy children. They kidnap and take these kids to the white tower to extract their brains and sell their bodies. This man-hunt, led by the local police known as the "Jikei," is counteracted by the mysterious being only known as "The Witch." Enna, Yayako, and other residents of this city are trapped between the ongoing conflict between the Jikei and The Witch. 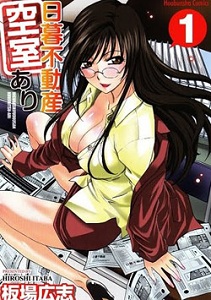 The Higurashi Real Estate resides in a small, non-descript office building where Minokawa Naoto works. Everyday, he has to deal with the sketchy customers and his extremely perverted boss. She loves to have sex in apartments that are left deserted by the tenants that cannot pay for their rent. With his salary being so low and his boss sucking him dry, will he make it?

My opinion:
Disu Ma Topia sounds the most interesting of the three. I wonder why they need to exploit children though... I hope we get to find out why that happens.

If you haven't done so already, check out the scanlations of the mangas from previous shout outs which have been recently scanlated: supernatural comedy Kagaku na Yatsura (MH link).

[Permalink]
Disu Ma Topia has really awesome art.
It's somewhat bloody too. I like it so far.
Specially because it has little girls <3