Like us on Facebook, follow us on Twitter! Check out our new tumblr page. :)
Manga News: Toriko has come to an end; but be sure to swing by and share your favourite moments from the series!
Manhwa & Manhua News: Check out the new Manhwa and Manhua shout-out (March 2016).
Event News: One Piece Awardshas concluded. Check the results Here!
MangaHelpers > News > Shout-Outs > New Manga Shout Out: 4/15/13 - 4/21/13
Homepage
Details
Archives

Welcome to the next New Manga Shout Out. This weekly article introduces you to manga that are new and/or have not been scanlated yet. This week just features two manga, one about child prodigies deciphering a mysterious book and the other about bodyguards. Remember, if you like any of the series, favorite them. Don't forget to also thank the various people who feed your manga addiction. ^_^ Translators and Scanlators, please check out these series and see if you can spread some more manga love~ 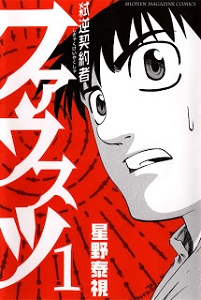 Tamiya Rokuto and Endo Hiroto are both child prodigies in the mathematics world, but they are both terminally ill. These two stay at a special hospital that is being run by a Christian group, where nuns act as nurses and priests act as doctors. At this hospital, all of the patients are highly respected academics in their own field. These individuals have been gathered to decode a special book that allegedly contains the secrets to immortality. To save Endo's life, Tamiya sets out to decode this mysterious book, but there seems to be demonic forces that come with this forbidden book. 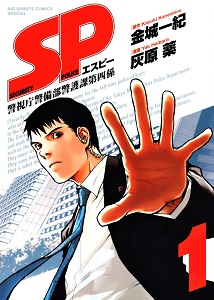 Kaoru Inoue had suffered a tragedy when his parents were killed by a knife-wielding man in the political rally of Assemblyman Yūzō Asada in Tokyo when he was 6. Because of this, all of his senses have been improved with the ability to detect anything in his surroundings. Veteran SP officer Soichiro Ogata recruits him from SP training after being impressed with his training under Section 4 of the SP division. Inoue works with Eri Sasamoto, one of the few women serving in the division. Another officer is Takafumi Yamamoto, who is the only known SP officer to have MMA experience with a preference to use the 7:3 hairstyle ratio. Mitsuo Ishida is the only known SP officer in the section who had been previously married. Together, these men and women work in unison to protect the VIPs assigned to them from being killed by assassins.

My opinion:
Neither manga manga really appealed to me...


If you haven't done so already, check out the scanlations of the mangas from previous shout outs which have been recently scanlated: supernatural ecchi comedy Maou na Ore to Fushihime no Yubiwa (MH link), ecchi action comedy A-bout! (MH link).