Like us on Facebook, follow us on Twitter! Check out our new tumblr page. :)
Manga News: Toriko has come to an end; but be sure to swing by and share your favourite moments from the series!
Manhwa & Manhua News: Check out the new Manhwa and Manhua shout-out (March 2016).
Event News: One Piece Awardshas concluded. Check the results Here!
MangaHelpers > News > Shout-Outs > New Manga Shout Out: 8/12/13 - 8/18/13
Homepage
Details
Archives

Welcome to the next New Manga Shout Out. This weekly article introduces you to manga that are new and/or have not been scanlated yet. This week features the son of a mafia family, human descendants of a tree spirit, and a boy falling in love. Remember, if you like any of the series, favorite them. Don't forget to also thank the various people who feed your manga addiction. ^_^ Translators and Scanlators, please check out these series and see if you can spread some more manga love~ 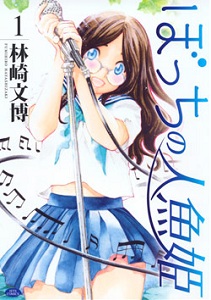 Ever feel like your existence does not matter? Ever feel like no one would care if you died? Izumi Hoshi is a pessimistic high schooler ready to kill herself by jumping off a bridge. Turns out that drowning is pretty painful, so she chickens out. Takuto Kurihara saw Izumi jump from the bridge, so he tries to save her. It turns out that Takuto has the personality and skills to bring out Izumi's hidden talent that she never knew she had. 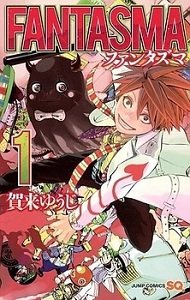 After the assassination of the powerful Godfather, Don Pazolini, the world has been thrown into chaos. Many mafia try to fill the power vacuum, but there is a rumor that Don Pazolini's son is hidden away somewhere. That son is Nero, an orphan who is raised in a bar with showgirls as his friends. He dreams of one day finding his parents, but he doesn't know who they are. One day, he encounters a haunted baseball bat, who names himself "Pucchi" and refers to himself as the Pazolini family 'fantasma.' Pucchi insists that Nero come with him to become the new Godfather and rebuild the Pazolini mafia family. Nero is reluctant, but quickly realizes he has no choice, since there is a price on his head and his identity is no longer much of a secret... 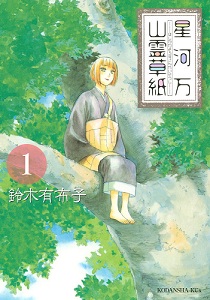 Very old trees can have spirits that may take human form, and they sometimes live among and marry humans. The descendants of these unions have some special abilities granted by their spirit blood. In Hoshikawa, there were once many tree spirits, but now only one is left. This spirit, Hoozuki, married a man named Tenma, who left and never returned. She remained, watching over her descendants as they watched over her. Five generations later, her family contains a teenage boy named Kazuho, a boy she has cared for all his life. Now that he is growing up, he realizes that he has feelings for her, but will he ever be able to compete with the memory of Tenma? 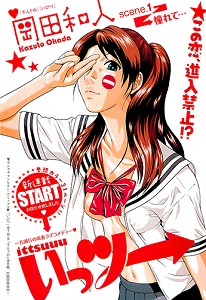 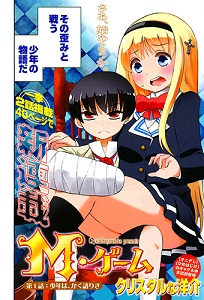 In the past, plump and rounded women were considered the pinnacle of female beauty. Now, society, and in turn women themselves, changed the ideal female figure. This story is about a young boy and his battle against society's stigma towards healthy women. He is the guardian of plump women around the world, and he will not stop until society realizes what is true female beauty. His name is Takehaya Susanono Mikoto and he is the 150th Guardian of the "Muchi Muchi." 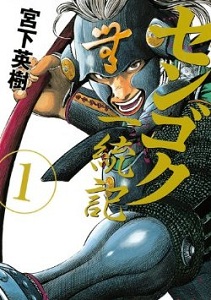 This historical manga takes place in the Tensho period, near the end of Japan's long Warring States Period, at the point where the gradual unification of the country was in progress. The story features an interesting character in history, Sengoku "Gonbei" Hidehisa. Hidehisa began as a low ranking samurai, but he grew into prominence. He made a number of disastrous mistakes in his life, but he somehow managed to not only survive them, but to also regain his status. This manga reveals the mystery of Hidehisa's intriguing life, as the Warring States Period draws towards its close!

Note: This appears to be part of a series of manga about Hidehisa's life. The first is "Sengoku" (which begins in 1567), the second is "Sengoku Tensho-ki", and this series presumably carries on where the second left off. There is also a series that seems to be a prequel: Sengoku Gaiden: Okehazama Senki.

My opinion:
The mangaka who made Sundome and Ibitsu also made Ittsu so we'll see how different this romance manga will be...


If you haven't done so already, check out the scanlations of the mangas from previous shout outs which have been recently scanlated: school life comedy Dr. Duo (MH link).

0 members and 3 guests have thanked c_k for this news