Like us on Facebook, follow us on Twitter! Check out our new tumblr page. :)
Manga News: Toriko has come to an end; but be sure to swing by and share your favourite moments from the series!
Manhwa & Manhua News: Check out the new Manhwa and Manhua shout-out (March 2016).
Event News: One Piece Awardshas concluded. Check the results Here!
MangaHelpers > News > Shout-Outs > New Manga Shout Out: 8/26/13 - 9/1/13
Homepage
Details
Archives

Welcome to the next New Manga Shout Out. This weekly article introduces you to manga that are new and/or have not been scanlated yet. This week features a young girl soldier, a student short story author and a woman who stops people from committing crimes. Remember, if you like any of the series, favorite them. Don't forget to also thank the various people who feed your manga addiction. ^_^ Translators and Scanlators, please check out these series and see if you can spread some more manga love~ 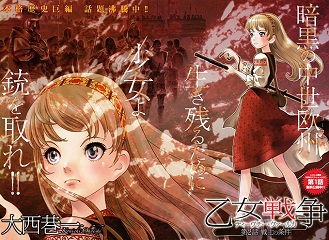 The story begins in 1420, right as what would be known as the Bohemian War began. A young girl named Sharka is raped and left for dead among the corpses of her whole town, but she manages to survive. She is picked up by the Bohemian forces, who put a gun in her hands and take her on board as a soldier. Will Sharka be able to fight and take her vengeance? 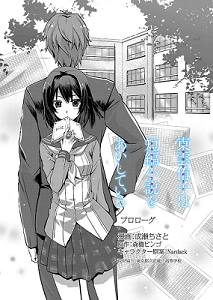 Minami Eita lives with his older, book-loving brother, whose long-time girlfriend Arumi is often around the house. Minami tries to get along with Arumi, but the truth is that he likes her much more than is appropriate. Even though Minami doesn't read much, he helps in the library with his bookworm classmate Shinonome Yuuko, who loves short stories. She thinks that while most people want to think of themselves as the hero of an epic saga, short stories are much more like their actual lives. Minami's ordinary life becomes more confusing when he begins to suspect that he has feelings for Yuuko. One day, he finds out her secret--she is actually a published author of short stories! Her publisher wants her to write a novel, and she has enlisted Minami's help in an unexpected way. Minami's teenage life is not going to get simpler anytime soon! 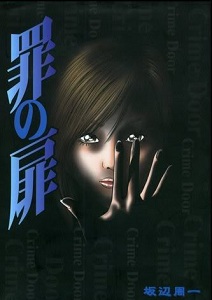 Sometimes people make decisions that lead them down a dark path, and before long it seems like there's no way out except to commit a crime. A mysterious woman, called Aika, appears just when someone opens the door to crime, and she helps them to close that dangerous door. The first story involves a man who makes very little money, who finds a bag full of money forgotten in a train car. He knows taking it is wrong, but he can't resist. However, money doesn't just come out of nowhere...

My opinion:
Nothing really piqued my interest this week...


If you haven't done so already, check out the scanlations of the mangas from previous shout outs which have been recently scanlated: fantasy comedy Nami Uchi Giwa no Muromi-san (MH link), sci-fi action Kerberos in the Silver Rain (MH link), romantic comedy Shinigami-sama to 4-nin no Kanojo (MH link), dramatic fantasy Chijou wa Pocket no Naka no Niwa (MH link).

1 members and 0 guests have thanked c_k for this news