Like us on Facebook, follow us on Twitter! Check out our new tumblr page. :)
Manga News: Toriko has come to an end; but be sure to swing by and share your favourite moments from the series!
Manhwa & Manhua News: Check out the new Manhwa and Manhua shout-out (March 2016).
Event News: One Piece Awardshas concluded. Check the results Here!
MangaHelpers > News > Shout-Outs > New Manga Shout Out: 10/28/13 - 11/3/13
Homepage
Details
Archives

Welcome to the next New Manga Shout Out. This weekly article introduces you to manga that are new and/or have not been scanlated yet. This week features an actor who plays Jesus, fairy tale princesses out to kill a girl, and fish people living with normal people. Remember, if you like any of the series, favorite them. Don't forget to also thank the various people who feed your manga addiction. ^_^ Translators and Scanlators, please check out these series and see if you can spread some more manga love~ 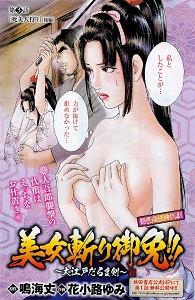 The one and only Daruma Daigoro serves justice to the wicked with the swing of the sword, while beautiful women around the world go crazy over his other rather large 'sword.' As long as the price is right or the woman is young and beautiful, Daruma will take on any foe and bring closure to any mystery.

A young Japanese man once ran away to Broadway and became the extremely famous actor Hades, who played the role of Jesus in Jesus Christ Superstar. Now, he's back in Japan and living like a bum, using his voice and charisma to trick women. One day, though, he comes face to face with a big surprise-- a teenage daughter he knew nothing about! Lisa also longs to become a famous actor, and is currently playing the role of "Maria" in The Sound of Music. However, she holds a deep hatred for the father who abandoned her mother to raise a child alone. 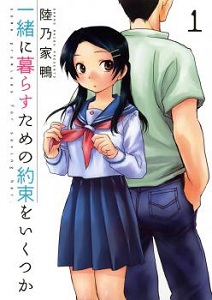 Gorou had two close friends growing up, and the two of them eventually got married. Their friendship continued, and soon they had a child, Sana, who became a fourth member of their happy friendship. Unfortunately, their good life was cut short when Sana's mother died, followed a year afterward by her father's death. Against the wishes of some relatives, Gorou has taken in their daughter Sana, the last surviving member of his group of friends. Gorou deals with troubles in his career and romantic relationships, while Sana goes through the usual troubles of a teenage girl. Gorou may be ill-prepared to be a guardian, and they may have little in common, but they will build a home together. 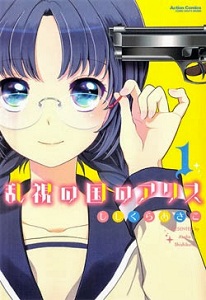 Book-loving student Mitake Alice is a normal looking girl when she has her glasses on, but when she takes off her glasses... she becomes the most beautiful woman in the world. Alice without her glasses is so beautiful, she has even charmed all of the fictional male characters in the fairy tales that she loves to read. Now, the fairy tale female characters like Snow White and Cinderella are out on a hunt to annihilate Alice to gain back each of their corresponding princes. Will Alice survive the onslaught of princess assassins? 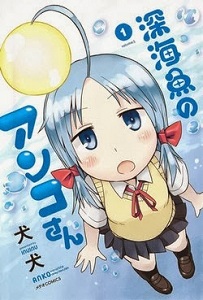 Fish people have been welcomed to the town where the human girl Wakasa Otomi lives, and they are integrating well. The fish people can be identified by the physical marks of their fish species, though they take medicine to keep their lower bodies human rather than a fish tail. Otomi loves fish people, and is eager to meet as many as she can! One day, she meets a new transfer student, a lantern fish girl named Tsutsumi Anko. Anko is a bit self-conscious about being a deep sea fish, with a tail that is not cute like some other fish girls. At school, she and Anko deal with various fish problems that intersect with issues an ordinary human high-schooler would face. 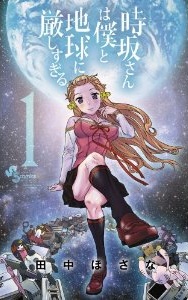 Utsugi Souya has lived life avoiding the spotlight. He always tries to follow the rules and be a good samaritan, especially when it came to environmental issues. He would go as far as being late to school if it meant protecting the Earth by separating the trash in the correct order.

One day while walking home from school, he finds that someone has messed with his trash. His trash has been left behind because the different types of trash were mixed up. The perpetrator kept mixing up only Souya's trash everyday, so one day Souya decides to lie and wait to catch this annoying criminal. That day, he finds that the perpetrator was actually the recently transferred classmate, Tokisaka Koyomi, and she reveals that she has come from the future to stop all environmentally friendly activity. Now, Souya and Tokisaka will have to live together and destroy the environment so that Tokisaka can go back to the future.

=======================================================
Note to all scanlators: If you recently started scanlating a new manga series (with about 5 or less chapters released) and would like your manga to be shouted out in the next New Manga Shout Out, then please PM me. Please include:
This is what tethysdust said this week:
Quote:
Shinkaigyo no Anko-san is a really bizarre idea, but that kind of makes it stand out. It seems more or less like a usual school story, but with the added twists of fish behavioral problems and physical quirks (like the eel girl who was afraid she would secrete mucus when agitated by confessing to the boy she liked).

Issho ni Kurasu Tame no Yakusoku o Itsuka would probably be interesting to people who are into that genre of story. Also, I put the adult tag on there due to some fairly explicit sex scenes between Gorou and adult women (*not* concerning Sana, at least not that I've seen).

Dirty Christ Superstar was a strange one, though not as blasphemous as it might sound. Unlike some of the usual sorts of stories about fathers meeting children they didn't know about, "Hades" seems to be a thoroughly unpleasant person. I'm guessing he will probably shape up throughout the future chapters, due to his daughter's influence.
Here's what DrCoke had to say:
Quote:
"Tokisaka" is very funny. Who would have thought that being anti-environmentally conscious could make for a hilarious comedy?

My opinion:
Dirty Christ Superstar sounds like an interesting drama, although the name of the title may turn off some people... Ranshi no Kuni no Alice also piqued my interest - to see how the fairy tale princesses will try and assassinate Alice... Tokisaka-san wa Boku to Chikyuu ni Kibishisugiru. may also be funny to read in terms of how ridiculous the premise is since I don't see how destroying the environment (by not putting out the trash) may allow Koyomi to return back to the future. Also, what if changing the past somehow changed her future and not allow her to return (and other time parodoxes)...

If you haven't done so already, check out the scanlations of the mangas from previous shout outs which have been recently scanlated: magical comedy Noro Girl! (MH link).

[Permalink]
Ranshi no Kuni no Alice and Shinkaigyo no Anko-san actually sound interesting. I hope some group(s) picks them up.