Like us on Facebook, follow us on Twitter! Check out our new tumblr page. :)
Manga News: Toriko has come to an end; but be sure to swing by and share your favourite moments from the series!
Manhwa & Manhua News: Check out the new Manhwa and Manhua shout-out (March 2016).
Event News: One Piece Awardshas concluded. Check the results Here!
MangaHelpers > News > Shout-Outs > New Manga Shout Out: 12/2/13 - 12/8/13
Homepage
Details
Archives

Welcome to the next New Manga Shout Out. This weekly article introduces you to manga that are new and/or have not been scanlated yet. This week features a detective using food to solve crimes, a badminton team, and a demon in the human world. Remember, if you like any of the series, favorite them. Don't forget to also thank the various people who feed your manga addiction. ^_^ Translators and Scanlators, please check out these series and see if you can spread some more manga love~ 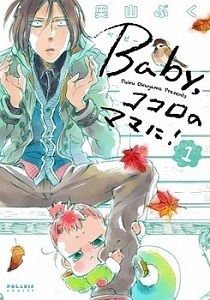 19-year-old Roji Shizuru has a crush on a fellow university student, Nana, but there always seems to be complications when he tries to get closer to her. For one thing, he's afraid his hot friend Tachibana Masaki will steal her. Beyond that, the main complication comes from the interference of children, specifically one odd child called Maida Kokoro, who keeps clinging to Shizuru and calling him 'mama.' 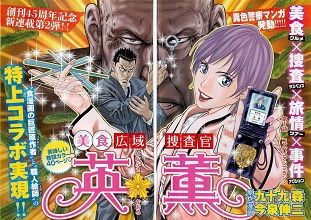 Hanabusa Kaoru is the granddaughter of deputy director-general of the Japanese police and is also obsessed with food. Now that she has passed the police academy with flying colors, she chases crime with the help of her new body-guard/partner, Onizuka. Every crime she faces, no matter how small or large, she finds her way to the truth through her detective work and her ability to connect with the local cuisine. 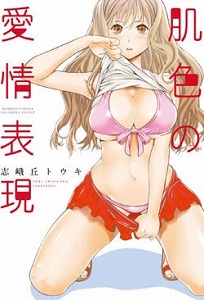 This manga depicts a series of short stories that usually centers around a man and a woman that, in the beginning lacks any kind of skin-ship, falls in love with each other through sex. Every single one of these short stories will always end with the main characters discovering a different side of each other's personalities through intercourse. 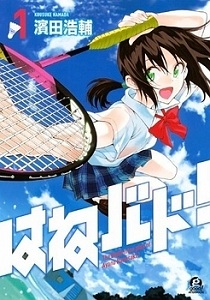 Tachibana Kentarou is a high school badminton coach who has a lot more enthusiasm than some of the members of his very small team. One day, he meets the quiet-voiced student Hanesaki Ayano, who is effortlessly physically capable and experienced in badminton. He tries to recruit her, but she seems to have no interest in the sport at all. Due to a series of circumstances, she eventually ends up joining the team. Coach Tachibana is determined that with her on board, they'll be champions! 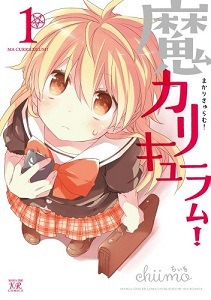 Aku Maya is a demon, come to do some hands-on practice in the human world. She's living at a boarding house, attending school as a human girl, and keeping her demon nature secret from her close friends Sui, Sawa, and Arata. Maya's supposed to be increasing and collecting the negative energy of the humans around her with her 'evil checker' phone, but she doesn't seem to be able to take much pleasure in it. Besides that, what would her friends say if they found out she was a demon?

Thanks go to tethydust for the summary. 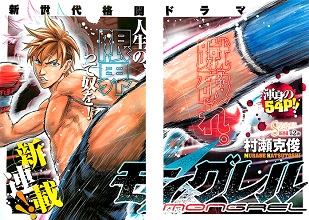 Growing up, Wataru and his younger brother have both done gymnastics, much like their parents. At first, Wataru, being the older brother, could out-perform his younger sibling in the sport, but everyone quickly came to notice the large gap in talent between the two brothers. Now, his younger brother has been nominated to represent Japan in the Olympics, while Wataru lives his day-to-day life not knowing what to strive for. Wataru began attending a kick boxing gym, initially to just relieve stress. With the help of his gym mates and rivals, he begins to understand that hard work can surpass talent in the realm of kick boxing.

=======================================================
Note to all scanlators: If you recently started scanlating a new manga series (with about 5 or less chapters released) and would like your manga to be shouted out in the next New Manga Shout Out, then please PM me. Please include:
This is what tethysdust said this week:
Quote:
Ma Curriculum was my favorite this week. Maya doesn't really seem much like a demon, so I am wondering if her work in the human world will end up changing her. Hanebado seems like a pretty standard sports anime (though it is the coach who is super enthused), and Baby Kokoro was pretty silly.

My opinion:
Ma Curriculum! sounds the most interesting of the bunch to me, although there seem to be many manga about demons in the human world... This week has two different sports manga (one about badminton - Hanebado! and another about kickboxing - Mongrel). Mongrel kind of reminds me of All Rounder Meguru so it might be interesting as well.

If you haven't done so already, check out the scanlations of the mangas from previous shout outs which have been recently scanlated: supernatural adventure Fantasma (MH link), school life comedy Sen to Man (MH link).