Like us on Facebook, follow us on Twitter! Check out our new tumblr page. :)
Manga News: Toriko has come to an end; but be sure to swing by and share your favourite moments from the series!
Manhwa & Manhua News: Check out the new Manhwa and Manhua shout-out (March 2016).
Event News: One Piece Awardshas concluded. Check the results Here!
MangaHelpers > News > Shout-Outs > New Manga Shout Out: 12/9/13 - 12/15/13
Homepage
Details
Archives

Welcome to the next New Manga Shout Out. This weekly article introduces you to manga that are new and/or have not been scanlated yet. This week features a world where everyone but 4 people disappeared, a vampire world , and a famous onmyouji as a female student. Remember, if you like any of the series, favorite them. Don't forget to also thank the various people who feed your manga addiction. ^_^ Translators and Scanlators, please check out these series and see if you can spread some more manga love~ 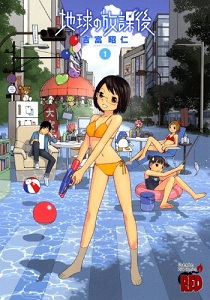 Most of humanity has been wiped out by mysterious dark monsters known only as "Phantoms." Four survivors, who may well be the last of the human race, have found one another and are sharing a quiet, peaceful existence. These survivors are a kind, dependable teenage boy called Masashi, two teenage girls, shyer Sanae and bolder Yaeko, and a little girl called Anna. They feel as though they're just living in a perpetual "after school" state, waiting for the rest of the human race to come home. As they pass their days together, they begin to see some strange things and find that the monsters have not yet left the Earth. Will they discover what really happened to their planet? 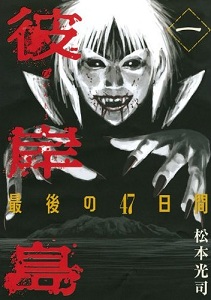 This is a continuation of the story of Higanjima, featuring an isolated island surrounded by fish demons and a population of warring vampires and humans. Ryousuke, his girlfriend Kazumi, and his friend Yamaoka are shipwrecked by the fish demons and wash up on the shore of this cursed island. They soon encounter the inhuman cruelty of the vampires first hand, before Ryousuke is able to meet up with the human resistance. Ryousuke wants nothing more than to escape the island, but mainland Japan may not be safe for long. If the humans don't defeat the vampires soon, then the vampires will succeed in their plans to spread the virus to the mainland! 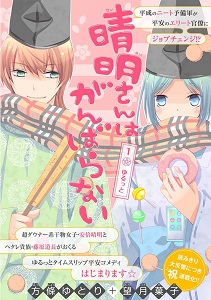 In this manga, the famous male onmyouji Abe no Seimei is actually a female college student, Abe Akirako, who was sent back in time from the Heisei (present-day) period to the Heian period (794-1185)! She doesn't really have any skills, but she uses the random modern stuff she had with her for the time slip to support her reputation as the genius onmyouji. Just after her time slip, she is picked up by Fujiwara no Michinaga, who takes her in (in her male, onmyouji identity) and becomes her ally in this new time period. From Abe's point of view, she's gone from NEET to elite, so maybe the Heian period isn't such a bad place to stay!

=======================================================
Note to all scanlators: If you recently started scanlating a new manga series (with about 5 or less chapters released) and would like your manga to be shouted out in the next New Manga Shout Out, then please PM me. Please include:
This is what tethysdust said this week:
Quote:
My favorite by far was Chikyuu no Houkago. It was really very peaceful for a post-apocalyptic manga, but there were hints of more serious things to come. The Higanjima sequel was very violent, but kind of an interesting story so far. Seimei-san wa Ganbaranai follows the recent trend of making historical figures into cute manga girls, so I imagine it would be fun for those who are into that.

My opinion:
I'm interested the most in finding out what happened in Chikyuu no Houkago and how everyone disappeared.

If you haven't done so already, check out the scanlations of the mangas from previous shout outs which have been recently scanlated: sports comedy Keijo!!!!!!!! (MH link), supernatural action manga Chaos Rings (MH link).