Like us on Facebook, follow us on Twitter! Check out our new tumblr page. :)
Manga News: Toriko has come to an end; but be sure to swing by and share your favourite moments from the series!
Manhwa & Manhua News: Check out the new Manhwa and Manhua shout-out (March 2016).
Event News: One Piece Awardshas concluded. Check the results Here!
MangaHelpers > News > Shout-Outs > New Manga Shout Out: 12/30/13 - 1/5/14
Homepage
Details
Archives

Welcome to the next New Manga Shout Out. This weekly article introduces you to manga that are new and/or have not been scanlated yet. This week features a boy testing a system to live like in an anime, humans & demons coexist peacefully, and mushroom people. Remember, if you like any of the series, favorite them. Don't forget to also thank the various people who feed your manga addiction. ^_^ Translators and Scanlators, please check out these series and see if you can spread some more manga love~ 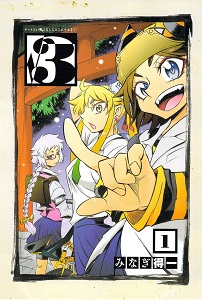 17 years ago, the "Conjurer of Calamity" bridged the gap between the human realm and the demon realms. Now, the world teems with other-worldly creatures and demons ranging from zombies to vampires to half-lizard men. Now after 17 years, these creatures coexist with the humans peacefully.

In the mixed creature school of "Banmaden," three students live their daily lives finding the oddities of their world. The "fox demon" Hisagi Hatsune, the "raccoon demon" Futatsuiwa Mami, and the "demon dog" Kousenji Hoyu search their school and town for mysterious urban legends to solve. 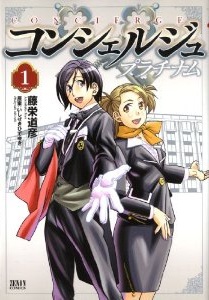 A hotel plans to work together with a nearby shopping center to attract more customers and improve their level of service. To help, they've brought in an excellent advisor, Kuon Kyouya, who uses his skills to figure out what customers want. Hopefully, the concierge service at the hotel will soon be at the platinum level! 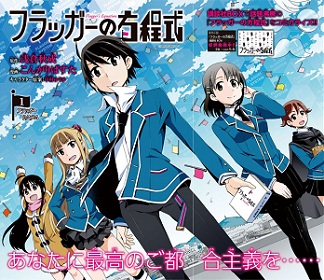 Do you want to live your life like the main character of a love-romance anime? With the "Flagger" system, you can! Toujou Ryoichi lived a life consisting of no drama and no excitement. Everyday, he lived life like a normal high school boy. One day, he finds out from the creator of the "Flagger" system that he has been selected to be the debugger tester for this new system. With this system, he may be able to become the main story of his world and capture the heart of his secret crush: Satou Keiko. Because of this system, his parents suddenly move out of the country, and mysterious girls begins living with him, and his relationship with Keiko comes to a dramatic end! 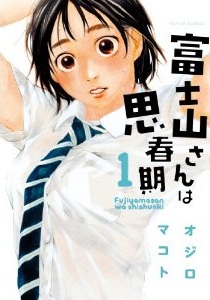 Fujiyama-san is 181 cm (Approx. 5' 11'') and she is the ace player for her school's volleyball team. Kanba-kun is 160 cm (Approx. 5' 3") and has known Fujiyama since their preschool years. With his prankster friends, Kanba peaks into the girl's locker room right when Fujiyama is undressing. From then on, he could not get the image of Fujiyama out of his mind, so he decides to ask her out. She says yes. Enjoy their naive and secretive relationship as Kanba ogles his tall girlfriend in many different situations. 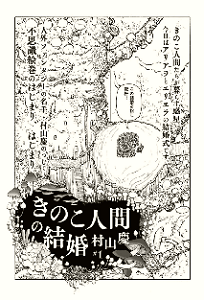 On a certain planet, mushroom people live. This manga follows the story of newlyweds Ariara and Eriera, in their very strange lives. 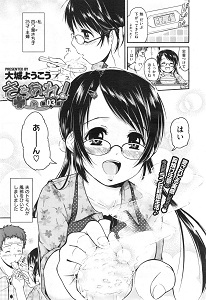 Yotsuba Sachiko is the 25-year-old housewife of an 18-year-old high school boy, Yotsuba Tomoharu. She tries her best to get closer to him and do the things a housewife should do, but their relationship seems to be largely innocent from the beginning.

=======================================================
Note to all scanlators: If you recently started scanlating a new manga series (with about 5 or less chapters released) and would like your manga to be shouted out in the next New Manga Shout Out, then please PM me. Please include:
This is what tethysdust said this week:
Quote:
Sachiare doesn't look like anything new, but the Kinoko Ningen story was pretty bizarre. The Concierge Platinum one is a spin-off of Concierge, so I imagine it will have similar fans.
Here's what DrCoke had to say:
Quote:
This week's mangas didn't interest me much.

My opinion:
√3 = (Hitonami ni Ogoreya Onago) - good for those wanting a supernatural mixed with some mystery. Kind of sounds like a supernatural version of Sket Dance.
Concierge Platinum - Since it's a spin-off of Concierge, then if you liked Concierge, then expect the same stuff, but with hotels...
Flagger no Houteishiki - sounds perfect for those that are into galges I would think. Maybe they'll incorporate flags into the system?
Fujiyama-san wa Shishunki - good for those into ecchi maybe since it sounds like it's all about the MC peeking at his girlfriend... Well, we'll see how the romance goes, but at least there's no waiting before he confesses since they get together so soon...
Kinoko Ningen no Kekkon - looks good for those wanting something slice-of-life-ish...
Sachiare! - This manga looks like it'd be perfect for those wanting to read about an "awwwww so cute and innocent wife" type. I'm curious to find out why she would marry a high school boy though...

If you haven't done so already, check out the scanlations of the mangas from previous shout outs which have been recently scanlated: supernatural comedy Nuigurumi Kurasshu (MH link).