Like us on Facebook, follow us on Twitter! Check out our new tumblr page. :)
Manga News: Toriko has come to an end; but be sure to swing by and share your favourite moments from the series!
Manhwa & Manhua News: Check out the new Manhwa and Manhua shout-out (March 2016).
Event News: One Piece Awardshas concluded. Check the results Here!
MangaHelpers > News > Shout-Outs > New Manga Shout Out: 1/6/14 - 1/12/14
Homepage
Details
Archives

Welcome to the next New Manga Shout Out. This weekly article introduces you to manga that are new and/or have not been scanlated yet. This week features a guy helping a ghost, a teen wanting to be a mangaka, and an Enka singer. Remember, if you like any of the series, favorite them. Don't forget to also thank the various people who feed your manga addiction. ^_^ Translators and Scanlators, please check out these series and see if you can spread some more manga love~ 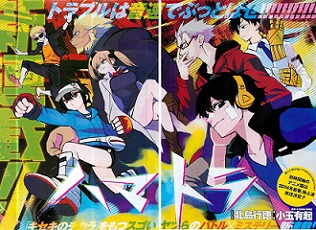 In this world, there are people known as "Minimum Holders" who are capable of specific "small miracles." A government funded elite academy trains these Minimum Holders in order for them to reach their maximum potential and serve national interests. Once, a student, of great potential named Nice, dropped out. He started a private investigator team with an assistant named Hajime and seemed content solving cases for his clients (which often involve Minimum Holders). A top student of the academy, Murasaki, has been tasked with bringing Nice back. Murasaki bristles at the claim that Nice has a higher potential than he does, but he ends up involved in Nice's detective activities... 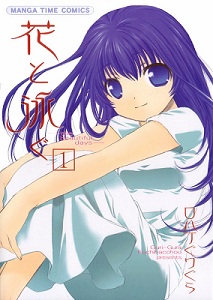 College student Sasakawa Kouta has a high sensitivity to the other-worldly. One day while walking home, he meets a floating young ghost girl named Kikuko. After being scared out of his pants, once he gets to know Kikuko, he realizes that she is not dangerous. With the help of the people around him, Kouta and Kikuko work together to find out why and how Kikuko died and became a ghost. 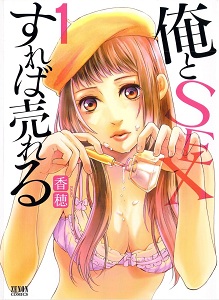 Since the age of three, Kaho has been drawing manga. Her dream was to debut as a manga author before she graduated high school. She posts her first manga to the publisher at the age of 17, but her first editor has a shocking proposal: "Sleep with me, and you'll debut." 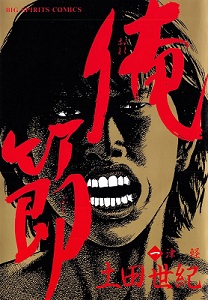 Following the life of the recent high school graduate, Ashika Kouji, this story depicts the life of a shy and naive man moving to the big city to become an "Enka" (traditional Japanese music) singer. Leaving his only family, his grandmother, in his home town in Aomori, he now has to survive a life in Tokyo by himself. He realizes his true talent as he makes new friends and faces new challenges in his new life. 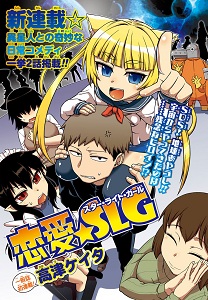 Shibata Youichi is an ordinary highschooler, but one day he runs into a mysterious heroine! The cute girl knows his name, and (as in a stereotypical anime) she's an alien who needs him to help save her people! Soon enough, Youichi finds out that this situation was too good to be true... The girl, named Kyara, does represent aliens, but her people are actually interested in Japanese manga/anime/game culture. They want to use his home as a base and his brain as a measuring tool of the level of appeal of their heroines! 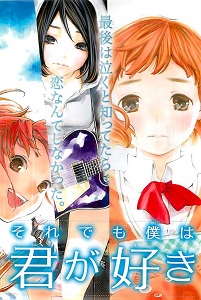 One day, Serizawa fell asleep at work and had a dream about a past love that he wronged when he was in middle school. On the way home, he was involved in an accident, and a woman who knew him called for an ambulance. Now the woman has his phone number, but he doesn't know her identity. Serizawa thinks back over the women he has loved in the past, trying to determine who this woman is that has re-entered his life.

=======================================================
Note to all scanlators: If you recently started scanlating a new manga series (with about 5 or less chapters released) and would like your manga to be shouted out in the next New Manga Shout Out, then please PM me. Please include:
This is what tethysdust said this week:
Quote:
Soredemo Boku wa Kimi ga Suki was sweet but kind of sad, since the relationships explored all ended. It seems like there is some hope for a happy ending though! Hamatora seems quite different from the first episode of the anime. I prefer the manga-start to the anime-start. It seems to introduce the characters and the world in a more entertaining way, in my opinion. Renai SLG is not really my kind of manga, and I don't think it has enough ecchi stuff (at least in the first few chapters) to attract the audience it might be looking for.

My opinion:
Hamatora might be interesting for those that are into the anime.
Hana to Oyogu might be good for the people who like some mystery and 4komas. It might be interesting to see how she became a ghost...
Ore to Sex Sureba Ureru - Those interested in the manga industry might want to check it out to see how Kaho became a mangaka... Although I think the description makes it seem like it's going to be a lot more ecchi filled and those interested in it may be disappointed... ^^;;
Orebushi - If you're looking for a more slice of life type manga and seeing the struggles of a singer, this manga may be for you~
Renai SLG - Does sound like the stereotypical plot from an anime... Sounds like it's geared toward those into anime/games...
Soredemo Boku wa Kimi ga Suki - If you're wanting a romance type manga, then this would be the one to check out...

If you haven't done so already, check out the scanlations of the mangas from previous shout outs which have been recently scanlated: supernatural historical horror Kuro Hakubutsukan Springald (MH link).

7 members and 0 guests have thanked c_k for this news

[Permalink]
@Kinlyu - Thanks for your interest. I'm sure a group will express interest once they see you're willing to translate. Just start posting on MH and I'm sure someone will contact you soon~ :)