Like us on Facebook, follow us on Twitter! Check out our new tumblr page. :)
Manga News: Toriko has come to an end; but be sure to swing by and share your favourite moments from the series!
Manhwa & Manhua News: Check out the new Manhwa and Manhua shout-out (March 2016).
Event News: One Piece Awardshas concluded. Check the results Here!
MangaHelpers > News > Shout-Outs > New Manga Shout Out: 1/27/14 - 2/2/14
Homepage
Details
Archives

Welcome to the next New Manga Shout Out. This weekly article introduces you to manga that are new and/or have not been scanlated yet. This week features a woman inexperienced in love, a woman that possesses dog spirits and a teacher crushing on a student. Remember, if you like any of the series, favorite them. Don't forget to also thank the various people who feed your manga addiction. ^_^ Translators and Scanlators, please check out these series and see if you can spread some more manga love~ 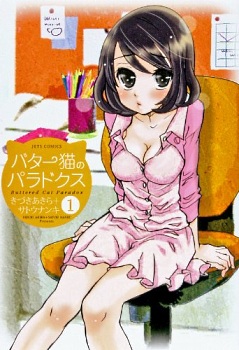 Owada Wakame is innocent and inexperienced in relationships, and she sometimes fears she will end up all alone. She and her friend Ari notice a new employee at their company, who seems pretty attractive to both of them! Unfortunately, the man in question, Kanesue, has his own hangups about the opposite sex, based on some less than pleasant experiences he's been through. Both Kanesue and Wakame see each other as someone different than how they really are, and their assumptions keep getting in the way. Will Kanesue and Wakame be able to find what they need in love? 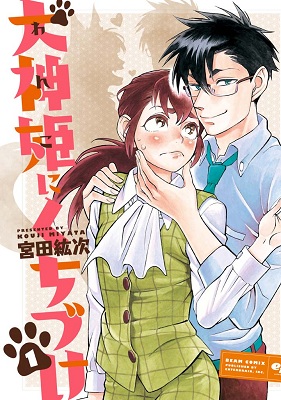 Kazura has an unusual job in a department that handles clearing out demons and spirits. Her teammates include a super-otaku, a former delinquent with fire powers, a drunken magic sword wielder, a British exorcist and a powerful Buddhist monk. Kazura's role is not so glamorous, though. She forms a team with her manager, as a vessel for the dog spirits he controls. When he kisses her, she is possessed by the powerful dog spirit Bentengou for about five minutes, after which she usually wakes up to herself doing something embarassing, like licking her "master's" face! 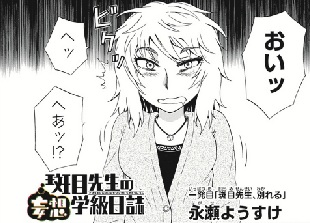 Madarame is a teacher who has a really strange personality. Whenever she is in trouble or has to make a decision, her minds splits into three parts--a leader, a maiden, and a slob--who argue about the outcome. When her boyfriend breaks up with her, she goes a bit wild. She cuts her hair, and then goes out and gets in a fight, ending up dumped on a pile of trash. At her lowest, one of her students, Sena, rides up on a "white horse" bicycle and takes care of her wounds. Is her student Sena her prince on a white horse, finally come, or is that just ridiculous? Now, Madarame has an absurd crush on her student that she just can't seem to shake.

=======================================================
Note to all scanlators: If you recently started scanlating a new manga series (with about 5 or less chapters released) and would like your manga to be shouted out in the next New Manga Shout Out, then please PM me. Please include:
This is what tethysdust said this week:
Quote:
Not much interested me this week, but I guess my three can be separated by what kind of relationships you like to read about. In "Why not be my dog?," there's kind of a teasing dominance/submission thing going on between the manager and employee. In "Madarame-sensei," it's about an inappropriate crush of a teacher on her student. In "Buttered Cat Paradox," there's a woman and a man that let their assumptions about one another run away with them (this one also has more sexual content).

My opinion:
If you liked Usotsuki Paradox, then I'm sure you'll like Butter Neko no Paradox, which is supposed to be a spin-off so expect more relationship drama~
If you're looking for something supernatural to read with some action thrown in, then Inugamihime ni Kuchizuke would be the manga for you...
I don't think much can really happen in Madarame-sensei no Mousou Gakkyuu Nisshi since I doubt the teacher and student will get together. Check it out if you're in the modd for more of a slapstick romantic comedy type manga.


If you haven't done so already, check out the scanlations of the mangas from previous shout outs which have been recently scanlated: mature gore manga Murciélago (MH link), school life sports manga Bakuon!! (MH link).