Like us on Facebook, follow us on Twitter! Check out our new tumblr page. :)
Manga News: Toriko has come to an end; but be sure to swing by and share your favourite moments from the series!
Manhwa & Manhua News: Check out the new Manhwa and Manhua shout-out (March 2016).
Event News: One Piece Awardshas concluded. Check the results Here!
MangaHelpers > News > Shout-Outs > New Manga Shout Out: 2/17/14 - 2/23/14
Homepage
Details
Archives

Welcome to the next New Manga Shout Out. This weekly article introduces you to manga that are new and/or have not been scanlated yet. This week features supernatural creatures living among us, a machine loving girl, and bounty hunters running from the law. Remember, if you like any of the series, favorite them. Don't forget to also thank the various people who feed your manga addiction. ^_^ Translators and Scanlators, please check out these series and see if you can spread some more manga love~ 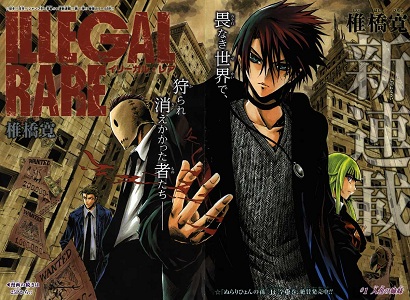 Supernatural creatures live alongside humans, but these "rares" are being hunted to extinction over time. An organization is being formed to protect these rares, and allow them to live their lives as they like. The starting members of this organization are few; there's the masked Fukumen, the Black Vampyr king AxL, and they are soon joined by the sweet-voiced mermaid Mirror. Together, they will protect the rares from the deadly hunters! 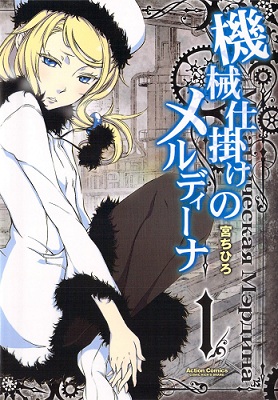 Meldina hates humans, and wants nothing to do with them. Since her parents' deaths, she has desired to live surrounded by machines, and everyone in town thinks she's a weirdo. One day, she meets a big machine that she names Machina and treats it as a friend. Her meeting Machina, as well as meeting a potential friend in a girl named Alisa, kicks off a series of events that bring to light dangerous secrets about herself and about her parents' deaths. 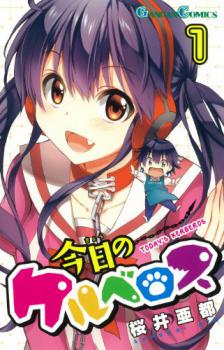 Ever since an childhood incident, Chiaki has never been able to truly feel joy or have fun. One day, his traveling father sends him a mysterious cardboard box. Once opened, a girl who calls herself Cerberus pops out of the box! This girl, who has three personalities in one, vows to protect Chiaki from all harm. Will Chiaki be able to live with this three-in-one girl? 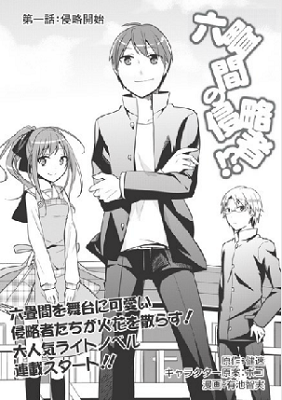 Now that he enters his high school career, Satomi Koutaro begins his life living alone in an apartment that only costs him 5000 yen per month, an extremely cheap deal even for this small apartment. There's a catch: the apartment is apparently haunted by a cute ghost that has driven its prior occupants away. Next thing he knows, not only is there a ghost trying to drive him out of his new home, but magical girls and other unique female characters turn this small apartment into a battleground of sorts. 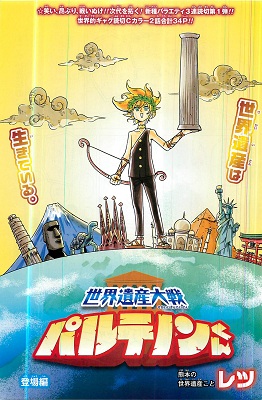 Miyama Masamu, the student council president, has the power to decide the destination of the school trip. To the other students' dismay, he cancels it altogether. However, that day, a new transfer student shows up who claims he is the Parthenon. He latches onto Masamu and does his best to convince him to declare the trip to be to Greece! 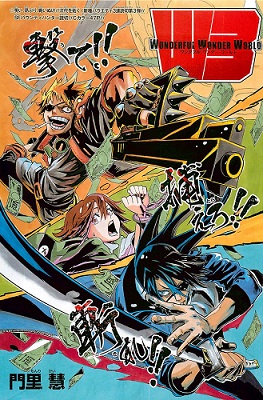 In a world where bounty hunters thrive and compete for the biggest catch, the "Dragon-Tiger Brothers" Ryu and Tora travel through space in search of high-dollar targets. They stop at absolutely nothing to gain more money to fulfill their ultimate dream, a dream stemming from a promise made with their younger sister. Their next target: a little princess being chased by the law for her alleged crimes. She promises them more money than the bounty on her head if the brothers help her escape. Now, utilizing their super-human combat abilities, they must now run from the law for helping the princess win her freedom.

=======================================================
Note to all scanlators: If you recently started scanlating a new manga series (with about 5 or less chapters released) and would like your manga to be shouted out in the next New Manga Shout Out, then please PM me. Please include:
This is what tethysdust said this week:
Quote:
Parthenon-kun will be nice for fans of ridiculous, over-the-top comedy. Illegal Rare has an interesting twist on the idea of supernatural creatures, where they're just trying not to be hunted down and killed off. It seems like an idea that might work well to support a long-running story. The Meldina story is described as "Russian Steampunk," and it seems like it also has a lot of potential.

My opinion:
Illegal Rare - a new series in Jump from the mangaka who made Nurarihyon no Mago. Expect more nice art and supernatural action in this one, if the mangaka continues in the same realm as the last manga~
Kikai Shikake no Meldina - sound interesting with the mysterious aspects. I'm probably the most interested in this manga.
Kyou no Cerberus - good for those wanting a romantic comedy type manga.
Rokujouma no Shinryakusha!? - based on a popular light novel - If you're a fan of magical girls, then this manga if for you~
Seikaiisan Taisen Parthenon-kun - If you're looking for a short school life comedy one-shot, then you should this one out.
Wonderful Wonder World - On the other hand, if you're more in the mood for a short action/comedy one-shot, then you should check out this one-shot instead.

8 members and 4 guests have thanked c_k for this news