Like us on Facebook, follow us on Twitter! Check out our new tumblr page. :)
Manga News: Toriko has come to an end; but be sure to swing by and share your favourite moments from the series!
Manhwa & Manhua News: Check out the new Manhwa and Manhua shout-out (March 2016).
Event News: One Piece Awardshas concluded. Check the results Here!
MangaHelpers > News > Shout-Outs > New Manga Shout Out: 3/3/14 - 3/9/14
Homepage
Details
Archives

Welcome to the next New Manga Shout Out. This weekly article introduces you to manga that are new and/or have not been scanlated yet. This week features a demoness and her boytoy, an android bodyguard, and a school gentleman club. Remember, if you like any of the series, favorite them. Don't forget to also thank the various people who feed your manga addiction. ^_^ Translators and Scanlators, please check out these series and see if you can spread some more manga love~ 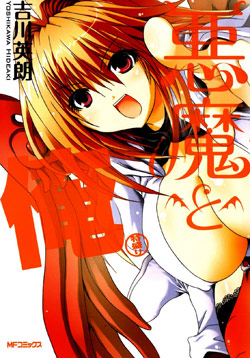 Against his will, Kentaro finds himself on the top of a surgery table with a beautiful demoness hovering over him. Apparently, the demoness Chiffon has chosen him as her personal experiment (read: play toy) and tool for world domination. Will Kentaro choose to help Chiffon take over the world or will he simply let tentacles and monsters molest her? 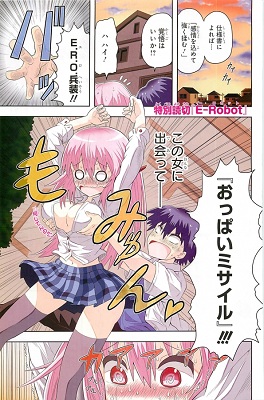 She fights with the power of eros. Ai, the android bodyguard has been sent in by Yuki's father to protect him from the onslaught of robotic assassins out to steal his brain. It turns out that his father implanted top secret information about his research inside Yuki's brain. Now, Ai must utilize her 'assets' and overcome her timid nature to protect Yuki! 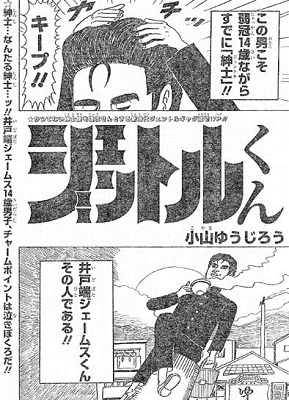 At the young age of 14, Idobata James is dedicated to being a perfect gentleman. New student Kouda Kaoru happens upon James' "gentleman club" at school, while looking for a club to join. Kaoru is shocked by James' and the other club members' dramatically gentlemanly behavior. 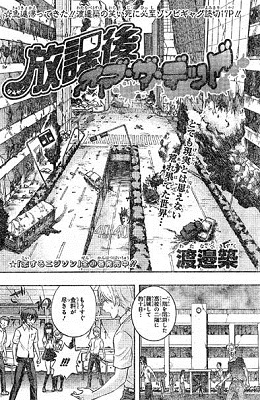 The world has turned into an unliving hell, as a plague spreads among humanity. This plague brought back the dead from their graves, turning them into flesh-eating zombies. Those bitten by these beings turn into zombies after death. In this hellish world, a few young survivors fortify themselves at the local school, but food is running short. One of the survivors, Shiro, has been tasked to team up with a half-zombie, half-human Shouno to gather food from the store nearby. Will they survive the journey? 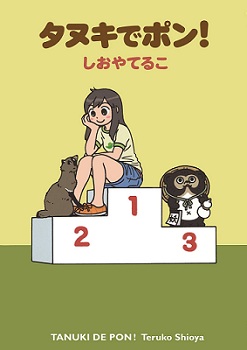 A girl is moving into an apartment where she'll be living alone and going to school. When she arrives, though, there is a very small maid already there! It turns out that the small maid is actually a tanuki, who is determined to repay her debt to the girl and her father for feeding her when she was hungry. However, the tanuki doesn't appear to be able to do anything at all useful! Her biggest appeal to the girl seems to be how cute she is in her raccoon form. Now the girl begins her life of part-time work, school, and living with a tanuki! 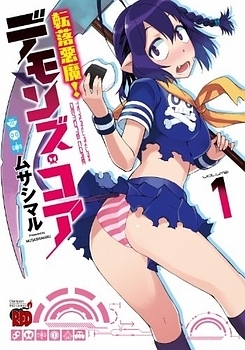 An exorcist has just finished defeating a demon, when one comes falling out of the ceiling. However, she's nothing like the sexy, dangerous demon he had just faced. She has no horns, she's in ragged clothes, she's starving, and despite the fact that she claims she's here for his soul, it's clear that she's little threat. Instead of killing the demon, the exorcist is moved by pity to buy her some food. Now she's determined to tag along with him, eager to do anything she can to be useful!

=======================================================
Note to all scanlators: If you recently started scanlating a new manga series (with about 5 or less chapters released) and would like your manga to be shouted out in the next New Manga Shout Out, then please PM me. Please include:
This is what tethysdust said this week:
Quote:
Tanuki de Pon was a very simple and cute comedy. Gentle-Kun was also a comedy, but of the silly, over-dramatic sort. Tenraku Akuma Demon's Core might have the most promise of the three. There's quite a lot of ecchi-ness, but I think the story was a neat idea.
Here's what DrCoke had to say:
Quote:
E-robot might have some potential. The characters are like-able, and if they author can make creative use of the 'fighting with errors' idea, the battle portion might actually be interesting.
The other two... were very uninteresting.

My opinion:
Personally, this week didn't particularly appeal to me that much, but each manga would appeal to different demographics...
Akuma to Ore is good for those wanting a supernatural and more adult-ecchi manga that lasts just for one volume.
E-Robot - If you want a more PG-13 type of ecchi and don't want to invest that much time into it with some action thrown in, then this would be the one-shot for you.
Gentle-kun is for those of you wanting a silly one-shot.
Houkago of the Dead - Those wanting to get into the zombie craze may want to check out this one-shot about zombies~
Tanuki de Pon! - Want to check out a transforming tanuki/raccoon and watch its interactions with a girl, then this is up your alley. It'll appeal to the slice-of-life crowd~
Tenraku Akuma! Demon's Core - another manga that'll appeal to the ecchi reader, but more comedy thrown in than the other two.

[Permalink]
Wow. There's so many ecchi mangas in this shotout.

[Permalink]
Ecchi manga = good way to get me to come around :D.