Like us on Facebook, follow us on Twitter! Check out our new tumblr page. :)
Manga News: Toriko has come to an end; but be sure to swing by and share your favourite moments from the series!
Manhwa & Manhua News: Check out the new Manhwa and Manhua shout-out (March 2016).
Event News: One Piece Awardshas concluded. Check the results Here!
MangaHelpers > News > Shout-Outs > New Manga Shout Out: 3/31/14 - 4/6/14
Homepage
Details
Archives

Welcome to the next New Manga Shout Out. This weekly article introduces you to manga that are new and/or have not been scanlated yet. This week features an alien salesman, a manga about life in hell, and an obstetrician. Remember, if you like any of the series, favorite them. Don't forget to also thank the various people who feed your manga addiction. ^_^ Translators and Scanlators, please check out these series and see if you can spread some more manga love~ 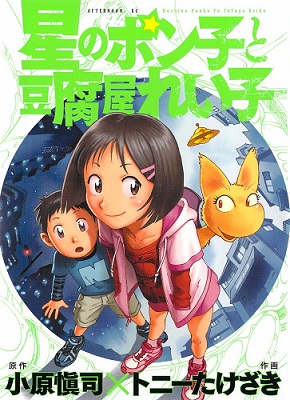 Reiko and her little brother find a weird creature that looks like a cat with wings, and they sneak it home with them. To their surprise, the creature explains that it's an alien salesman, here to trade advanced technology for something called "hahise," which is abundant on Earth. Reiko and her brother are tempted by a device that can duplicate anything, even money. When they make that half-understood deal, the course of Reiko's life is shifted in a much darker direction... 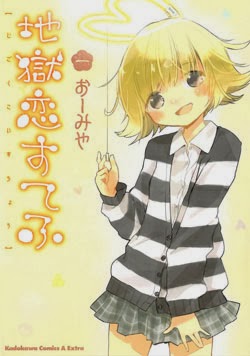 Life in hell is like peaceful, ordinary life in some ways. The kids live in a place like a dorm, and they go to school. However, every person that has fallen into hell has some kind of punishment. Eto Juri falls constantly into hopeless love, sometimes even with inanimate objects. Hida Mari is compelled to always eat carrots, which she hates. Ando Natsumi is ridiculously popular, so that even the textbook problems are about him. Soon a newcomer joins them, Nakamura Mikoto, who frequently mangles her words and becomes impossible to understand. The four of them live through their peaceful school life--in hell! 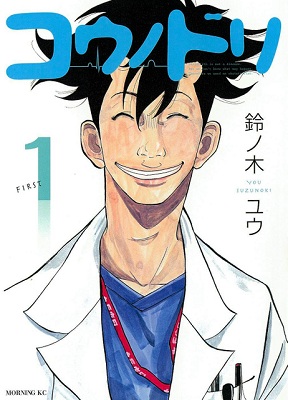 Pregnancy is not a disease, so insurance does not apply. Obstetric treatments do not treat injuries or illnesses, so an obstetrician is not normally needed during the birth of a child. Still, obstetricians are needed because anything can go wrong during a pregnancy. A mysterious pianist at night, obstetrician Kounotori Sakura faces the many challenges and drama that come with giving birth to another human being. 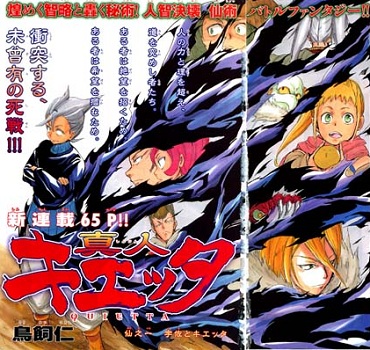 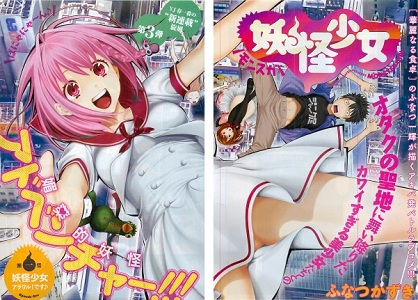 Part time worker at a general store in Akiba, Yatsuki encounters a beautiful girl named Roka when she lands on his face in the middle of a park. Much to his surprise, he's able to become friends with this beautiful girl... but she hides a terrible secret that Yatsuki will find out soon enough. With other beautiful girls that surround him, including his little sister Nanao and the maid cafe girl Moru, Yatsuki will have to fight to protect the supernatural girls around him.

=======================================================
Note to all scanlators: If you recently started scanlating a new manga series (with about 5 or less chapters released) and would like your manga to be shouted out in the next New Manga Shout Out, then please PM me. Please include:
This is what tethysdust said this week:
Quote:
The setup of the Jigoku one was really unusual, which made it a really interesting take on school life, for me. The Ponko one was much darker than I expected from the beginning, with the "children finding a cute little alien" start. The cover even looks like it's going to be a light-hearted alien comedy! It is complete though, so you can get the whole story right now.

Here's what DrCoke had to say:
Quote:
Kounodori: Very dramatic, very real. This one gave me a glimpse of what a future parent may feel when they encounter the hardships of bring life to their child.

Shinjin Quiette: Good fight scenes, somewhat rough art (similar to Hunter x Hunter style?) I like this one so far, but after only two chapters, its potential is still to be seen.

My opinion:
Hoshi no Ponko to Toufuya Reiko - If you're a fan of sci-fi, then you should check it out. It's only 1 volume too.
Jigoku Koi Sutefu - The idea behind this is pretty unique. I don't think there are really any manga about life in hell so it might be interesting to check this one out. I'd probably want to check it out the most of this week's manga because of the set up.
Kou no Dori - This sort of reminds me of Black Jack (Black Jack ni Yoroshiku) because of the medical profession, but in a slightly different field. If you want an alternative to something like Black Jack, then you should check this one out.
Shinjin Quietta - In the mood for action? Then you should check this manga out.
Youkai Shoujo - Monsuga - This manga is more aimed for the ecchi reader. Take a look if you want a new harem/ecchi type manga.

8 members and 3 guests have thanked c_k for this news

[Permalink]
The realism in Kou no Dori makes me want to read it asap! :s

[Permalink]
"Hoshi no Ponko to Toufuya Reiko" got me curious!