Like us on Facebook, follow us on Twitter! Check out our new tumblr page. :)
Manga News: Toriko has come to an end; but be sure to swing by and share your favourite moments from the series!
Manhwa & Manhua News: Check out the new Manhwa and Manhua shout-out (March 2016).
Event News: One Piece Awardshas concluded. Check the results Here!
MangaHelpers > News > Shout-Outs > New Manga Shout Out: 9/22/14 - 9/28/14
Homepage
Details
Archives

Welcome to the next New Manga Shout Out. This weekly article introduces you to manga that are new and/or have not been scanlated yet. This week features a brother/sister duo, a world where you can download talents into your body, and someone seeking revenge. Remember, if you like any of the series, favorite them. Don't forget to also thank the various people who feed your manga addiction. ^_^ Translators and Scanlators, please check out these series and see if you can spread some more manga love~ 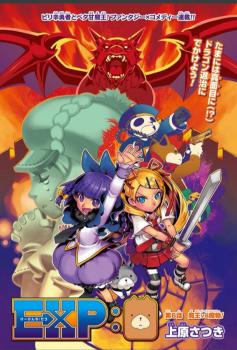 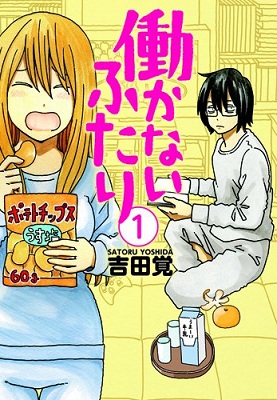 Haruko is a teenage girl who shares with her brother a love of laying around the house in sweats, watching television and playing video games. Her brother has a few friends, but Haruko has a lot of problems with social anxiety. The two of them pass their days happily playing together, though their mother worries about how she's going to get Haruko to shape up enough to find a husband. 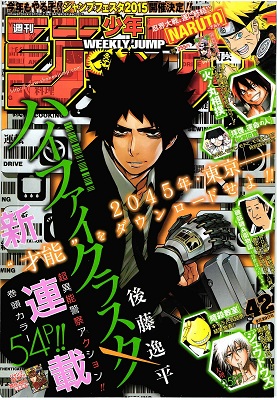 The year is 2045 in Tokyo, Japan. The world has been revolutionized by the discovery of technology called "Labels" that allowed for the download of applications into the human body that gave anyone any talent they chose. Our main character, Peta, despises this world. He has been completely rejected by society due to his inability to use Labels.

One day, he runs into a man in black with a prosthetic arm. He introduces himself as Kandera. Kandera is part of the special division in the police that utilizes Labels to stop Label-related crimes. After an incident with some shady figures, Peta now has to face the option of running away, or joining Kandera. 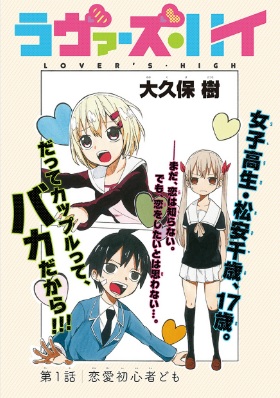 17-year-old Matsuyasu Chitose has no interest in romance, but it seems like only couples flock to the café where she works. To her annoyance, she's always having to deal with the angst and silliness of these lovers. 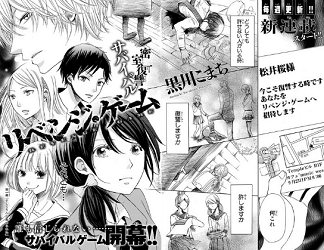 One day, Matsui Sakura receives an invitation to a "Revenge Game," and decides to attend. At the location indicated, she ends up locked in a dorm-like building with four of her classmates. It appears that the Revenge Game is being run by a wealthy classmate, Saionji, who was bullied so badly by some of the students that it ruined his life. Now he is taking his revenge, in a brutal game that allows him to have one of his former tormentors killed each morning. However, Sakura--a lonely, quiet, orphan girl--does not understand why she is there, unless it was due to her inaction in stopping the bullying of others. She's also the only one who received an invitation, while the others were abducted or tricked into attending. What is the final purpose of this game? 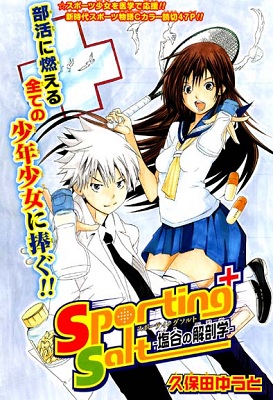 Shioya really likes to help sportsmen, to the point that he is weirdly fascinated by them. He has a dream of becoming best sports doctor in the world, and he is already quite good at it even though he is still in high school. 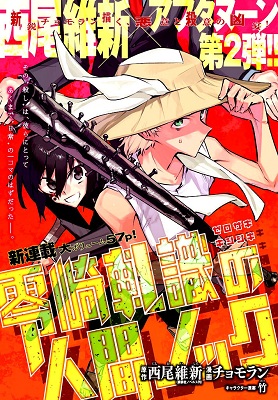 Third in the ranking of the "Assassin Name" families of the underground assassin community, the "Zerozaki Ichizoku" is infamous for their indomitable family unity. Each of its members exhibit combat prowess when it comes to saving one of their kin. Zerozaki Kishishiki is one member of the Zerozaki family, and he utilizes a bat covered in nails to brutally murder his targets. He calls his weapon the "Praise of Folly (Seamless Bias)." His next target was supposed to be an ordinary target, just another day for him. He faces a problem when he discovers that he has become prey to a formidable enemy.

=======================================================
Note to all scanlators: If you recently started scanlating a new manga series (with about 5 or less chapters released) and would like your manga to be shouted out in the next New Manga Shout Out, then please PM me. Please include:
This is what tethysdust said this week:
Quote:
Revenge Game is another one of those manga with teenagers who are forced into a game where they might die. In this case, though, there are only five of them, so I don't imagine the story can continue much further after the first 6 chapters. Hatarakanai Futari was pretty funny, and I really appreciated seeing a comedy about a nice brother-sister relationship that isn't sexualized. Lover's High was kind of cute, seeing the main character getting irritated by the various couples antics, but I'm not sure how much mileage the manga can get from that premise.


My opinion:
EXP:0 - If you like fantasy, demon lords and heroes, then you should check this manga out.
Hatarakanai Futari - On the other hand, if you like more slice-of-life type manga with a mix of video games, then this manga is the one for you.
Hi-Fi Cluster - Another manga debuts in Shounen Jump, and this one has an interesting take on abilities. It reminds me of the Matrix movie and how Neo was able to get any ability by downloading the knowledge into his brain... If you like that movie, then maybe you should check this out as well.
Lover's High - If you like a little romance thrown in with the slice of life, then you should take a look at this manga.
Revenge Game - However, if you're more into the survival game type manga, then you should check out this one instead. Although the genre isn't new, this manga is short so there shouldn't be any dragged out scenes.
Sporting Salt - If you like sports manga like Prince of Tennis, then you should definitely check out this manga. Plus, the first two chapters are already scanlated.
Zerozaki Kishishiki no Ningen Knock - If you are a fan of the stories from NisiOisiN, then this another must-read.

2 members and 3 guests have thanked c_k for this news