Like us on Facebook, follow us on Twitter! Check out our new tumblr page. :)
Manga News: Toriko has come to an end; but be sure to swing by and share your favourite moments from the series!
Manhwa & Manhua News: Check out the new Manhwa and Manhua shout-out (March 2016).
Event News: One Piece Awardshas concluded. Check the results Here!
MangaHelpers > News > Shout-Outs > New Manga Shout Out: 9/29/14 - 10/5/14
Homepage
Details
Archives

Welcome to the next New Manga Shout Out. This weekly article introduces you to manga that are new and/or have not been scanlated yet. This week features mysterious dreams, a gamer living in a video game and a tonkatsu chef who wants to DJ. Remember, if you like any of the series, favorite them. Don't forget to also thank the various people who feed your manga addiction. ^_^ Translators and Scanlators, please check out these series and see if you can spread some more manga love~ 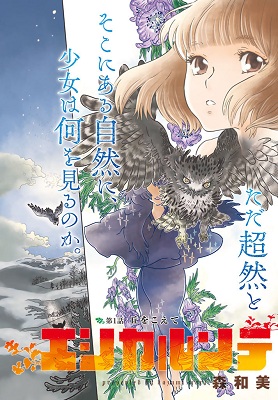 In the spring of 1952, 11-year-old Chizuru moves with her family (her father, his new wife, and her new younger brother) to the town of Nochiu in Hokkaido, a place with strong Ainu roots. They plan to live in a spare building on the property of her father's close friend. That friend has a family of his own, which includes twins, Takeshi and Shizuko, who are Chizuru's age.

Ever since Chizuru survived the air raid in Tokyo that killed her mother and older brother, she has been unable to speak and her memories are confused. However, once they began their journey to Nochiu, she has had the same dream every night. She's in a forest, and someone is calling her name. When she meets Shizuko, she is surprised to realize that Shizuko is the one calling to her in her dreams. Why is Shizuko calling for her, and what are the secrets she seems meant to learn? 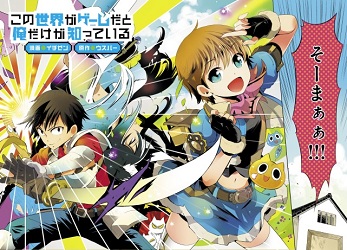 Sagara Soma is a hardcore gamer, who spends basically all of his time playing or thinking about games. Since he was a child, he's thought of how great it would be to really live in a game world. One day, when he breaks a promise to his cousin Maki in order to play video games, his wish comes true. "New Communicate Online," also known as "Neko-Mimi-Neko," is the game he was playing at the time. Neko-Mimi-Neko is well known for its trick quests, occasional unfairly high level enemies, and many bugs, all of which combine to make players die over and over again. Now that Soma seems to literally be a starting character in the game world, will he re-spawn after death, or actually die? Luckily, he knows just about everything there is to know about the world of Neko-Mimi-Neko, so he may be able to make the unfairness in the game work to his advantage! 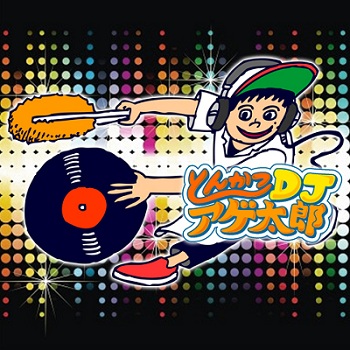 Agetarou works at his family's tonkatsu restaurant in Shibuya, but he's not very excited by the work. One day, he takes a delivery to the staff of a night club, and the worker lets him in to enjoy the club for a while. Agetarou finds that he loves the club, with its relaxed people and cute girls, all enjoying the music supplied by the DJ. He continues going to the club, until the night comes when the guest American DJ Big Master Fly puts on a show. Agetarou is inspired by Big Master Fly, and realizes that the groove of being a DJ is very similar to the groove of being a tonkatsu chef. Now Agetarou is determined to master both disciplines, though he is most excited to become a DJ!

=======================================================
Note to all scanlators: If you recently started scanlating a new manga series (with about 5 or less chapters released) and would like your manga to be shouted out in the next New Manga Shout Out, then please PM me. Please include:
This is what tethysdust said this week:
Quote:
Eshikarunte is my favorite of this week. The art is really pretty, and I'm enjoying the story so far. I think it will involve a lot of Ainu religion/mythology, which I'm not familiar with at all. Even the title is from an Ainu word "Eshikarun", which means to remember (according to an online dictionary--I don't actually know Ainu language). "Kono Sekai..." is another story about being stuck in a video game world, and it seems to spend a lot of time detailing the mechanics of the game world so far. Tonkatsu DJ Agetarou is the ridiculous, silly comedy of the week, and it was pretty funny. I'm not sure I buy the idea that working in a tonkatsu restaurant is basically like being a DJ, but I don't think the manga was meant to be all that realistic :).

My opinion:
Eshikarun - If you're into mysteries and mythology, then this would be a nice mix between the two. I'd probably be most interested in reading this manga of the three.
Kono Sekai ga Game dato Ore dake ga Shitteiru - If you like manga about people suddenly living in a video game or are a fan of video game manga, then this is the manga for you.
Tonkatsu DJ Agetarou - On the other hand, if you're in the mood for something a little more silly and like reading about a chef wanting to be a DJ, then this would be more up your alley.

3 members and 1 guests have thanked c_k for this news