Like us on Facebook, follow us on Twitter! Check out our new tumblr page. :)
Manga News: Toriko has come to an end; but be sure to swing by and share your favourite moments from the series!
Manhwa & Manhua News: Check out the new Manhwa and Manhua shout-out (March 2016).
Event News: One Piece Awardshas concluded. Check the results Here!
MangaHelpers > News > Shout-Outs > New Manga Shout Out: 12/1/14 - 12/7/14
Homepage
Details
Archives

Welcome to the next New Manga Shout Out. This weekly article introduces you to manga that are new and/or have not been scanlated yet. This week features a deadly deadly flower, a cat that turned into a girl and a world judged by their traits. Remember, if you like any of the series, favorite them. Don't forget to also thank the various people who feed your manga addiction. ^_^ Translators and Scanlators, please check out these series and see if you can spread some more manga love~ 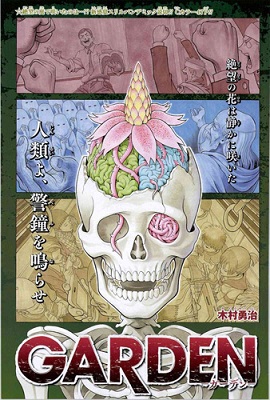 Humanity is on the brink of extinction as a flower known as "Viscar" infects humans and animals, turning them into mindless hosts that feed on others. If you get bitten by the infected, or inhale the pollen that emits from their bodies, the flower will plant itself into your brain. Humanity is fighting a losing battle against this world-wide pandemic, and most people have given up hope.

Volt was once part of the army and had been assigned to be the guard of Dr. Kisilng, the scientist leading the development of a vaccine to fight against the Viscar. From an unfortunate accident, one of the contained Viscar pollen escaped, infecting Dr. Kisling. Dr. Kisling's final wish to Volt was to find his daughter Lilith, and, with her help, continue the development of the vaccine. Lilith and Volt now venture into the post-apocalyptic world to bring back hope to humanity. 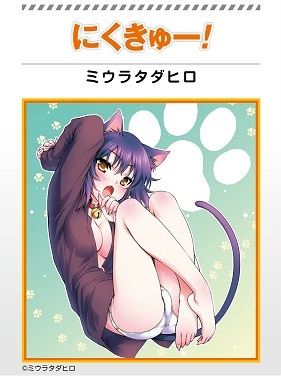 Yuta is a normal high school boy living in a normal house with his parents, but his cat turned into a beautiful girl. His parents believe that the cat-turned-girl is a god that will bring great fortune to the family. Yuta has now been forced by his parents to marry his cat. Will Yuta be able to accept the fact that his future wife used to be a cat? 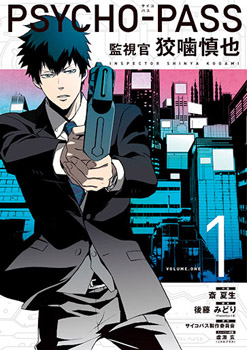 Technology has now allowed people to be numerically categorized based on their psychological, physical, and emotional traits. People have begun using this technology to standardize what everyone considers a "good way to live." They call this system "PSYCHO-PASS."

Although all people know the standard "good way to live," crime still occurs. Kougami Shinya and his colleagues are part of the governmental agency that apprehends individuals deemed lacking under the PSYCHO-PASS standard. His agency are actually comprised of individuals who were once found to be problematic for society. They are now the dogs of the government.

My opinion:
Garden - If you want a nice one-shot about an apocalyptic world, then you should check this manga out. I probably am the most interested in this manga this week.
Niku Kyu! - If you're into cat-girls and ecchi situations, then this is right up your alley.
Psycho-Pass - Kanshikan Kougami Shinya - If you liked the Psycho-Pass anime and want to know more about Kougami Shinya and are intrigued about the idea of people being judged and prosecuted by physical and emotional traits, then you should check out this manga instead.

[Permalink]
Psycho-Pass sounds a little bit like the novell Project Harmony, a japanese sci-fi novell which I highly recommend and which has been released in english. I put it on the same level as Brave New World
and 1984.