Like us on Facebook, follow us on Twitter! Check out our new tumblr page. :)
Manga News: Toriko has come to an end; but be sure to swing by and share your favourite moments from the series!
Manhwa & Manhua News: Check out the new Manhwa and Manhua shout-out (March 2016).
Event News: One Piece Awardshas concluded. Check the results Here!
MangaHelpers > News > Shout-Outs > New Manga Shout Out: 2/9/15 - 2/15/15
Homepage
Details
Archives

Welcome to the next New Manga Shout Out. This weekly article introduces you to manga that are new and/or have not been scanlated yet. This week features a officer who can see murdered spirits, a girl obsessed with a novelist and a MMORPG. Remember, if you like any of the series, favorite them. Don't forget to also thank the various people who feed your manga addiction. ^_^ Translators and Scanlators, please check out these series and see if you can spread some more manga love~ 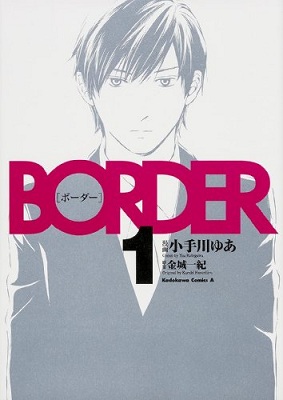 Haruna is a student who has come to train with police officers who investigate homicides. She has been assigned to Ishikawa and vaguely instructed to keep an eye on him. It turns out that Ishikawa was recently shot in the head, and while he miraculously survived, the bullet was unable to be removed. His injury has left him with a new drive to find and arrest murderers, and a very special gift. He is sometimes able to see and speak to the spirits of the murder victims, which can be helpful in bringing those responsible for their deaths to justice. Haruna is going to have an interesting time solving murders with Ishikawa! 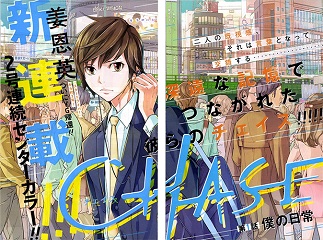 Masato is an ordinary high school student, who is friendly and considerate to all around him. He also writes novels under the pen name "Kuroi." One day, a girl named Yamashita Miyu seeks him out, determined to force him to tell her the 'secret' in his novel. Miyu is obsessed with him, and she will go so far as to handcuff him to keep him from getting away from her! Masato's once-peaceful life will never be the same! 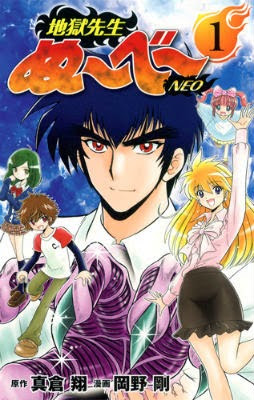 In this sequel to Jigoku Sensei Nube, former student Inaba Kyoko has grown up and followed the path to becoming a teacher! Now, she's going to teach 5th grade alongside the teacher who inspired her, Meisuke Nueno, called "Nube." Nube was an exorcist teacher who, with the help of his 'demon hand,' guided his students safely through many supernatural dangers. Together, they will now get to know their new class, and help them safely through difficulties both supernatural and mundane! 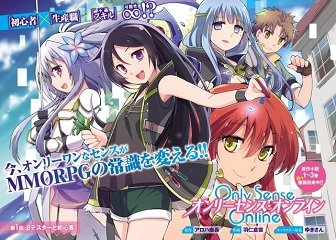 Utilizing a system called "Sense," each player aims to create their unique character in the VRMMORPG "Only Sense Online." Joining this realm is Yun, an absolute beginner in the world of gaming, equipped with some of the worst customized "Sense" ever. While his two sisters, both veterans in this world, criticize his choices of equipment, he continues to delve into the skill sets he has acquired. Along his way, he meets the art of "production" and people that have mastered this art. Watch as a total novice creates a revolution in the gaming world and create the "ultimate" support class. 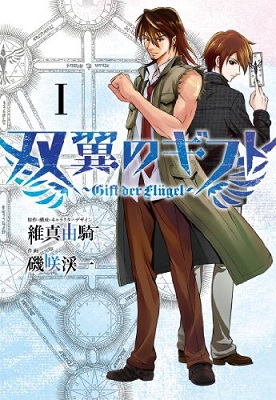 The military has devised a plan to create the ultimate soldier by manipulating and accelerating the human evolution. Their plan created a seed of corruption that opened the gates to the "Forgotten Plans of God." As these seeds of corruption spread across the country, infecting the populace, brothers Haruto and Riku Tobita will join the special military forces equipped to counteract the terrors of the corrupted individuals. 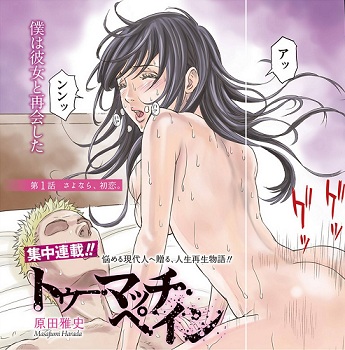 Her name was Megumi Takahashi, and she was his first love. Okamoto's daily routine was to leave his house early so he would be able to see Megumi walk to school, never daring to speak to her. He only had one chance to talk to her, and then she disappeared from his hometown a half-year later.

=======================================================
Note to all scanlators: If you recently started scanlating a new manga series (with about 5 or less chapters released) and would like your manga to be shouted out in the next New Manga Shout Out, then please PM me. Please include:
This is what tethysdust said this week:
Quote:
My favorite this week was Border. The mysteries were really interesting, and I liked the main characters (Haruna and Ishikawa). I think Jigoku Sensei Nube Neo would be really fun for people who enjoy retro-style manga. It seems like it will be a lot of fun. Chase kind of lost me by making the female lead really annoying. I think it is targeted to people who enjoy female tsundere character types.


My opinion:
Border - If the police could speak to the victims of the murders, then the case should be solved pretty quickly. However, if there's no evidence, then it may be hard to explain how he knows who the murderer is. If you're a fan of murder mystery with a dash of supernatural, then you should take a look at this manga.
Chase - This obsession is a bit extreme, but if you're interested in reading of an obsessed fan (Misery, anyone?) then you might want to check this out.
Jigoku Sensei Nube Neo - If you liked Jigoku Sensei Nube, then you probably would be interested in the sequel. More ecchi/comedy for those that are interested.
Only Sense Online - Based on the novel of the same name, which is being translated, this manga is for those that like reading about MMOs and the fantasy world.
Souyoku no Gift - If you're a fan of military action comedies, then this manga is for you.
Too Much Pain - On the other hand, if you're in the mood for ecchi-ness and probably some blackmail, then you'd probably like this manga...

5 members and 6 guests have thanked c_k for this news