Like us on Facebook, follow us on Twitter! Check out our new tumblr page. :)
Manga News: Toriko has come to an end; but be sure to swing by and share your favourite moments from the series!
Manhwa & Manhua News: Check out the new Manhwa and Manhua shout-out (March 2016).
Event News: One Piece Awardshas concluded. Check the results Here!
MangaHelpers > News > Shout-Outs > New Manga Shout Out: 8/24/15 - 9/6/15
Homepage
Details
Archives

Welcome to the next New Manga Shout Out. This weekly article introduces you to manga that are new and/or have not been scanlated yet. This week features the Shinsengumi, fighting space invaders with abilities, and sirens that control spirits. Remember, if you like any of the series, favorite them. Don't forget to also thank the various people who feed your manga addiction. ^_^ Translators and Scanlators, please check out these series and see if you can spread some more manga love~ 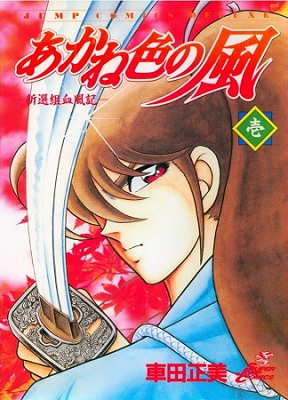 Starting in the year 1863, this manga retells the story of the Shinsengumi. There is a focus on Okita, who in this version of the story is an excellent swordsman that does not kill people. Instead, he strikes with the back of his sword, a practice that his friend Hijikata warns him will only cause him problems in the future. The thirteen young men of the Shinsengumi live through the tumultuous final years of the Tokugawa Shogunate. 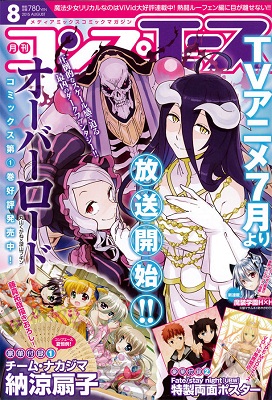 Hida Kizuna possesses the HHG (Heart Hybrid Gear) ability, but it is not strong enough to make him particularly important. His older sister calls him to transfer to a strategic defense school, where many of the students (many of which are large-breasted girls) use their HHG abilities to fight invaders from another world while wearing extremely skimpy pilot outfits. Kizuna's fighting ability doesn't measure up, but his sister has another plan-- apparently having erotic experiences with Kizuna will allow the girls to replenish their energy or power-up. It looks like his new school life is going to be full of embarrassment! 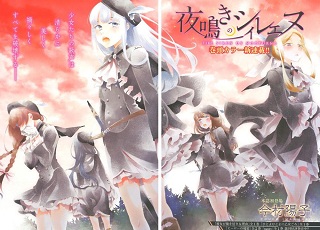 In this world, there are sirens who are able to control spirits through their singing, an ability which can be used for great good or evil. Haine is one of these sirens, though she has little confidence in her abilities. When she runs from her master one day, she meets a young woman named Madorasu who has escaped from her wealthy home. Soon, Haine learns the real reason Madorasu had been kept locked away... The manga continues with the story of the sirens, Haine and others who are a part of her life.

=======================================================
Note to all scanlators: If you recently started scanlating a new manga series (with about 5 or less chapters released) and would like your manga to be shouted out in the next New Manga Shout Out, then please PM me. Please include:
This is what tethysdust said this week:
Quote:
My favorite this week was Akaneiro no Kaze-- it was fun to read such an old-style manga (it's from 1995), and bakumatsu is a pretty interesting time period. Yonaki no Siren has a pretty neat magic system, so it would be interested to see how it is developed in future chapters. Masou Gakuen would be good if you're in the mood for a manga that has a lot of focus on fan service.

My opinion:
Akaneiro no Kaze - If you like reading historical manga, then you may find this interesting, although it's only one volume long and may not have much closure...
Masou Gakuen HxH - If you're in the mood for ecchi situations and some action, then you may want to take a look at this manga...
Yonaki no Shiireenu - However, if you're in the mood for some supernatural spirits, then this may pique your interest...

2 members and 5 guests have thanked c_k for this news