Like us on Facebook, follow us on Twitter! Check out our new tumblr page. :)
Manga News: Toriko has come to an end; but be sure to swing by and share your favourite moments from the series!
Manhwa & Manhua News: Check out the new Manhwa and Manhua shout-out (March 2016).
Event News: One Piece Awardshas concluded. Check the results Here!
MangaHelpers > News > Shout-Outs > New Manga Shout Out: 9/7/15 - 9/20/15
Homepage
Details
Archives

Welcome to the next New Manga Shout Out. This weekly article introduces you to manga that are new and/or have not been scanlated yet. This week features a woman who traveled back in time due to a piece of art, a girl with destructive powers and a pair of manga editors. Remember, if you like any of the series, favorite them. Don't forget to also thank the various people who feed your manga addiction. ^_^ Translators and Scanlators, please check out these series and see if you can spread some more manga love~ 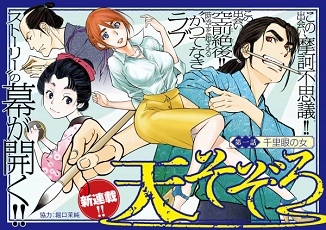 When Kaede sees a historical piece of ukiyoe art by a mysterious artist named "Gengo," she is transported back in time to 1860. In this time, Gengo is an unpopular ukiyoe artist, one who is especially fond of sleeping with and drawing erotic pictures of prostitutes. When he hears rumors of a mysterious clairvoyant woman, he quickly plans to meet her, draw her, and sleep with her. That mysterious woman is Kaede, who has built up a reputation using her future knowledge of the historical period. Having found Gengo, she is determined to maneuver him into drawing the art that she knows exists in the future, in the hopes that it will help her return home. 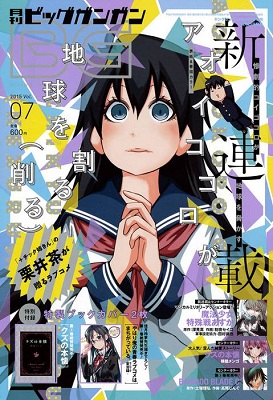 Sudou Souichi is sitting next to a cute girl at school named Aoi, but she seems to dislike him. He hears disturbing rumors of violent things having happened around her during middle school, but he will not be deterred from trying to talk to her. Soon he learns her secret--when she's nervous, she has dangerous destructive powers that act without her control, and which might even break the world! He is unfazed by this revelation and wants to help her, so their hazardous relationship begins! 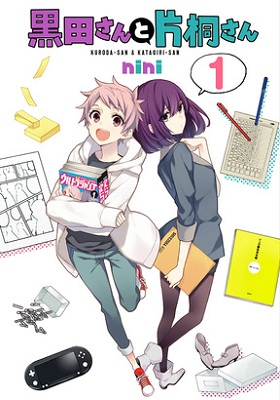 Kuroda-san and Katagiri-san work next to each other at the Ultra Jump editorial office, and they have very different personalities. Kuroda-san is fashionable, while Katagiri-san is an otaku. This comedic manga follows their daily life and conversations while at work.

=======================================================
Note to all scanlators: If you recently started scanlating a new manga series (with about 5 or less chapters released) and would like your manga to be shouted out in the next New Manga Shout Out, then please PM me. Please include:
This is what tethysdust said this week:
Quote:
Amasozoro was my favorite of the week. I'm curious to see how things will play out, and it's set in a very interesting time of history. It's also neat that it is focused on struggling artists, rather than warriors or politicians. Aoi Kokoro ga Chikyuu o Waru (Hazuru) was more of an adorable, innocent romance, but with the threat of a great disaster from Aoi's power. Kuroda-san to Katagiri-san is more for fans of slice-of-life comedy.

My opinion:
Amasozoro - If you're in the mood for a historical ecchi manga, then you might want to check this out.
Aoi Kokoro ga Chikyuu o Waru (Hazuru) - However, if you want some school life romance with some disasters thrown in, then check out this manga instead.
Kuroda-san to Katagiri-san - If, on the other hand, you want to know a bit about manga and are in the mood for a slice of life comedy, then this may be right up your alley.