Like us on Facebook, follow us on Twitter! Check out our new tumblr page. :)
Manga News: Toriko has come to an end; but be sure to swing by and share your favourite moments from the series!
Manhwa & Manhua News: Check out the new Manhwa and Manhua shout-out (March 2016).
Event News: One Piece Awardshas concluded. Check the results Here!
MangaHelpers > News > Shout-Outs > New Manga Shout Out: 11/9/15 - 11/15/15
Homepage
Details
Archives

Welcome to the next New Manga Shout Out. This weekly article introduces you to manga that are new and/or have not been scanlated yet. This week features high schoolers fighting crime, a girl spoiling her boyfriend and a bride taking care of her husband. Remember, if you like any of the series, favorite them. Don't forget to also thank the various people who feed your manga addiction. ^_^ Translators and Scanlators, please check out these series and see if you can spread some more manga love~ 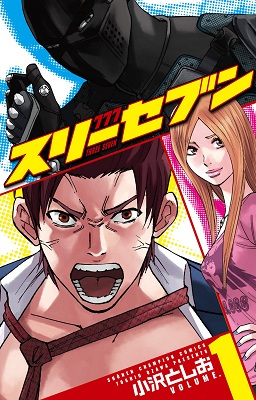 A mysterious masked and armored man has been showing up in Tokyo, apparently fighting criminals in the name of justice. He won't be able to clean up the city alone, though, and he is looking for partners.

Satou Yuuki is a kind-hearted high school student who is being brutally bullied by a boy from a powerful family and his friends. Yuuki's rage is buried so deeply inside himself that it becomes another personality, composed only of anger. When the bullies push him too far, that Yuuki comes to the surface, and only the armored stranger keeps him from becoming a murderer. Suzuki Akari is an unattractive girl in the same school, who is treated badly by everyone. At night, though, she makes herself up into a pretty girl and lets out her rage and tremendous strength on gangsters and rapists.

The masked man encourages Yuuki and Akari to join him in cleaning up the crime of the city, and to use their strength to fight for justice. The three of them are surely going to have their work cut out for them! 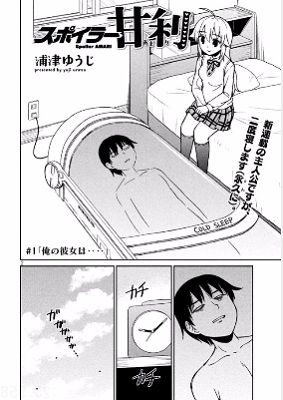 Riku's girlfriend, Amari Shiran, seems way out of his league. She's cute, smart, and even the vice president of the student council. She's very naive, but she does her best to take care of Riku with all her might. Sometimes she goes too far, though, and she just might spoil him! 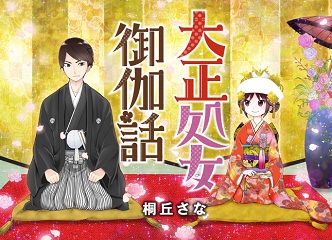 In this story set in the early 1920s, Tamahiko is the son of a wealthy family, but his life is changed forever when an accident cripples his right arm. No longer considered by his father as an heir, he is shuffled off into the country, to live out of sight. The teenage Tamahiko shuts himself in his new home, bitterly thinking of it as the place where he will die. One day, he learns that his father has 'bought' him a bride to take care of him, when the young teen girl named Yuzuki arrives at his door. She comes into his life like an innocent ray of sunshine, and Tamahiko's view of the world and his life starts changing bit-by-bit... 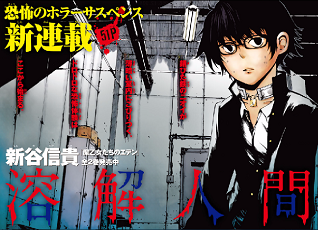 A boy wakes up in a strange room and finds a girl passed out with him. They find out they both have weird collars on. The boy has a phone which seems to be connected to the people behind this. They want them to do what?

=======================================================
Note to all scanlators: If you recently started scanlating a new manga series (with about 5 or less chapters released) and would like your manga to be shouted out in the next New Manga Shout Out, then please PM me. Please include:
This is what tethysdust said this week:
Quote:
I really enjoyed a lot of the manga this week. 777 was a really entertaining and exciting vigilante justice story, and I loved how it gave characters who are generally seen as powerless the ability to fight back. In a very different genre, Taisho Wotome Otogibanashi seems like a sweet, slow-moving kind of romance, and it was nice to see two young people put in a difficult position making their lives better together. Spoiler Amari is a gag manga with a much simpler premise, if you are in the mood for a comedy.