Like us on Facebook, follow us on Twitter! Check out our new tumblr page. :)
Manga News: Toriko has come to an end; but be sure to swing by and share your favourite moments from the series!
Manhwa & Manhua News: Check out the new Manhwa and Manhua shout-out (March 2016).
Event News: One Piece Awardshas concluded. Check the results Here!
MangaHelpers > News > Shout-Outs > New Manga Shout Out: 11/23/15 - 11/29/15
Homepage
Details
Archives

Welcome to the next New Manga Shout Out. This weekly article introduces you to manga that are new and/or have not been scanlated yet. This week features a man who can eat anything an reform it back, a girl with a sister complex, and a romance with a hockey playing girl. Remember, if you like any of the series, favorite them. Don't forget to also thank the various people who feed your manga addiction. ^_^ Translators and Scanlators, please check out these series and see if you can spread some more manga love~ 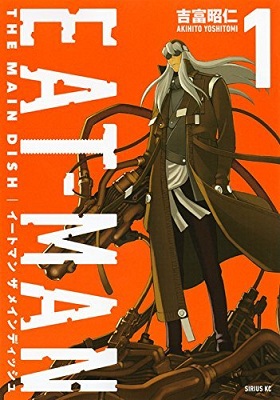 This appears to be a sequel to "Eat-Man." The legendary loner Bolt Crank, who is the top adventurer in the world, has appeared once again. He takes on a variety of jobs in this far-future world, using his extraordinary ability, which is to eat anything (from screws to humanoid robots) and then reform it from his arm later, to great effect. 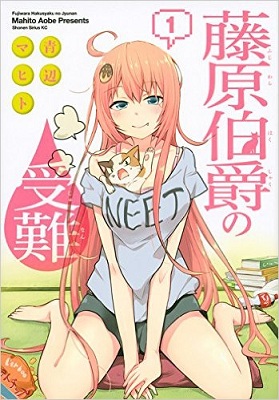 Hakushaku is the 5-year-old male tortoiseshell cat in residence at the Fujiwara home. He has a tough job trying to keep the two daughters, Shizuka and Yumeko, in line, and he often ends up suffering for his efforts. Shizuka is a high-school-age girl who has stopped going to school and has become a shut-in. Hakushaku tries to encourage her, but sometimes he has to stop her from doing embarrassing things, like showing her boobs on the internet. Yumeko is the younger sister, a middle school girl who has a huge crush on Shizuka. Hakushaku doesn't know how to handle this sister complex! A cat has a hard job in a household with such unusual girls! 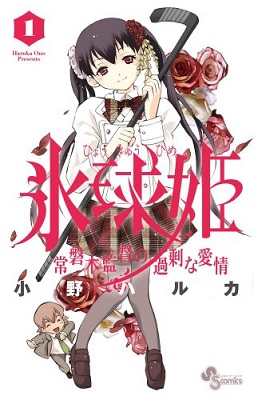 The creepy stalker Tokiwagi Taimatsu has always been obsessed with athletic girls. He finds them very attractive while they're practicing their sports, but he also feels an intense need to support and guide them. However, he has no athletic talent of his own. Now he is attending an all-boys' high school, and his focus has turned to the neighboring all-girls' school.

His latest target is Soubi Kureha, the lovely captain of her high school's ice hockey club. She is very dedicated to her sport, and aims to take on the world. Tokiwagi has studied and stalked enough that he feels certain he could help her toward her goal, if he were allowed to supervise the team. At first, the girls reject him completely. When he proves that he might actually be able to help, though, it looks like his dream of fighting alongside Kureha's hockey team might come true!

=======================================================
Note to all scanlators: If you recently started scanlating a new manga series (with about 5 or less chapters released) and would like your manga to be shouted out in the next New Manga Shout Out, then please PM me. Please include:
This is what tethysdust said this week:
Quote:
Eat-Man: The Main Dish, seems to be a sequel of Eat Man. It's an episodic story with a mysterious, super-competent lead who goes from place to place solving problems. The first few stories were pretty interesting, so it was my favorite of the week. Hyoukyuuhime - Tokiwagi Kantoku no Kajou na Aijou could be interesting for fans of ice hockey, though I found the stalker guy a little hard to take. Fujiwara Hakkushaku no Junan had an interesting idea of making the cat the viewpoint character! I felt sorry for the little guy, he's only trying to help his humans.

My opinion:
Eat-Man - The Main Dish - If you liked the original Eat-Man series or enjoy action and sci-fi, then you should read this.
Fujiwara Hakushaku no Junan - However, if you're more in the mood for a slice of life comedy about a girl with a sister comlex, (although usually manga have a brother complex), then you should take a look at this instead.
Hyoukyuuhime - Tokiwagi Kantoku no Kajou na Aijou - If you're a fan of hockey or sports in general and don't mind reading about a stalker main character, then you may take a liking to this...


If you haven't done so already, check out the scanlations of the manga from previous shout outs which have been recently scanlated: slice of life fantasy Nanimo Naikedo Sora wa Aoi (MH link).