Like us on Facebook, follow us on Twitter! Check out our new tumblr page. :)
Manga News: Toriko has come to an end; but be sure to swing by and share your favourite moments from the series!
Manhwa & Manhua News: Check out the new Manhwa and Manhua shout-out (March 2016).
Event News: One Piece Awardshas concluded. Check the results Here!
MangaHelpers > News > Shout-Outs > New Manga Shout Out: 12/7/15 - 12/13/15
Homepage
Details
Archives

Welcome to the next New Manga Shout Out. This weekly article introduces you to manga that are new and/or have not been scanlated yet. This week features an art student, a mangaka's life in Nepal, and a magic girl. Remember, if you like any of the series, favorite them. Don't forget to also thank the various people who feed your manga addiction. ^_^ Translators and Scanlators, please check out these series and see if you can spread some more manga love~ 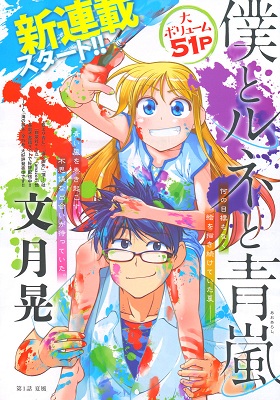 Souichi is an art student, and one day he saw an amazing painting at his university that made him want to study under the artist. When he went to learn from the master, though, the man did not accept him. Shortly afterward, he met the man's granddaughter, a blonde-haired, blue-eyed child called Rune. She was a very energetic kid who drew Souichi into playing with her in the surrounding countryside. Soon, Souichi learned the truth--the painting he had been so impressed with at his university was not the grandfather's work, but Rune's. She is the artist from whom he needs to learn! 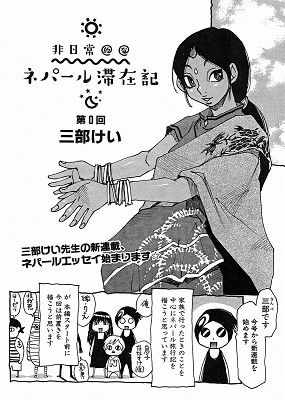 The artist has decided to write a travel journal of his extraordinary daily life in Nepal. Nepal has been important to the artist and an influence on his life ever since he first visited the country. He has been back many times, with his wife and eventually also his son. He was very saddened by the major earthquake in April 2015, and wrote this manga to share with others his experiences of the country, its cities, and especially the people of Nepal who have become his close friends over the years. Enjoy the stories of the artist and his family as they enjoy visiting Nepal! 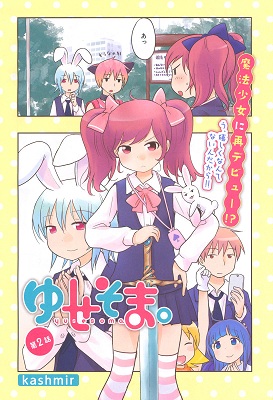 When she was in elementary school, Azusa was a magic girl who fought evil in a magical kingdom as the head of a team called Ransel Stars. However, it turned out that her career as a magic girl was actually staged for the entertainment of the stuffed-animal-like people of that magic world. Her group was eventually dismissed, and Azusa graduated from elementary to middle school, where she planned to live a more ordinary life. Unexpectedly, a producer from that magic world has shown up again, asking Azusa to return to her career as a magic girl. That same producer has now followed Asusa to school in the form of a girl with bunny ears. Will Azusa choose to return to her role as a magic girl, and if so, how will she be able to balance her magic girl activity with her new middle school life?

My opinion:
Boku to Rune to Aoarashi - If you're interested in art, then you may want to check this manga out.
Hinichijouteki na Nepal Taizaiki - If you want to learn about Nepal and its cities, along with how the mangaka interacted with the people there, then you might find this manga interesting.
Yusesoma. - If you like magic girls or even girls with bunny ears, then you may find this manga right up your alley.


If you haven't done so already, check out the scanlations of the manga from previous shout outs which have been recently scanlated: ecchi romance Ashitaba-san Chi no Muko Kurashi (MH link).