Like us on Facebook, follow us on Twitter! Check out our new tumblr page. :)
Manga News: Toriko has come to an end; but be sure to swing by and share your favourite moments from the series!
Manhwa & Manhua News: Check out the new Manhwa and Manhua shout-out (March 2016).
Event News: One Piece Awardshas concluded. Check the results Here!
MangaHelpers > News > Shout-Outs > Mangahelpers Weekly Featured Manga
Homepage
Details
Archives 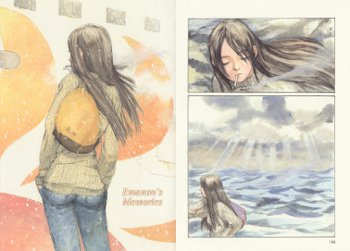 Memories of Emanon
By: Tsuruta Kenji
Adapted From the Novel By: Kajio Shinji
Genre: Drama, Fantasy
Serialized In: Comic Ryu
Published By: Tokuma Shoten
Publication Status: Complete, 1 Volume
Discuss
Based on the award-winning novel by Shinji Kajio, Memories of Emanon tells the story of a mysterious girl who holds a 3-billion-year old memory, dating back to the moment life first appeared on Earth. 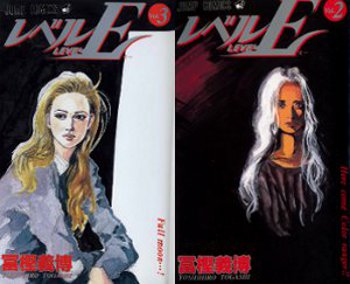 Level E
By: Togashi Yoshihiro
Genre: Sci-fi, Action, Comedy
Serialized In: Weekly Shounen Jump
Published By: Shueisha
Publication Status: Complete, 3 Volumes
Discuss the Manga // Discuss the Anime
Tsutsui Yukitaka was a freshman who had just entered a high school, and he was hoping to be a good baseball player. When he moved to a new apartment, there was a man in the room. He said he was an alien and lost his memory. Actually, he was the first prince of Planet Dogra, and he was the man who had the best brain and the worst nature. 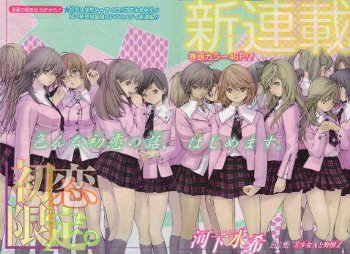 Hatsukoi Limited
By: Kawashita Mizuki
Genre: Romantic Comedy, School Life, Ecchi
Serialized In: Weekly Shounen Jump
Published By: Shueisha
Publication Status: Complete, 4 Volumes
Discuss the Manga // Discuss the Anime
Being an adolescent girl is just one problem after another. Middle-schooler Arihara Ayumi receives a note from a high-schooler, a very large and intimidating boy, Zaitsu Misao, asking her out. Frightened and intrigued, she doesn't know what to do! 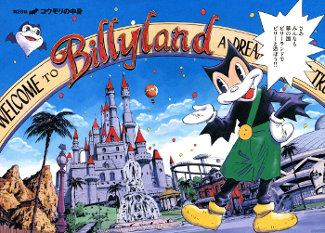 Billy Bat
Written By: Urasawa Naoki and Nagasaki Takashi
Art By: Urasawa Naoki
Genre: Mystery, Supsense
Serialized In: Morning
Published By: Kodansha
Publication Status: Ongoing, 7 Volumes
Discuss
Billy Bat is a comic-in-a-comic and the real protagonist is a Japanese-American artist named Kevin Yamagata who draws Billy Bat for "Marble Comics". Shortly after they transition to the artist in his studio with his assistant, two actual detectives, who look like Laurel and Hardy in Dick Tracy era suits and trench coats, knock on the door and appropriate Kevin's room for the purpose of conducting surveillance on a room in an adjacent building. One of the detectives, the skinny “Laurel”, sees Kevin's work and it turns out he's a Billy Bat fan. The other chubby "Hardy" detective picks up a page and says that the characters look familiar and accuses Kevin of translating an old "Jap" comic. As Hardy remembers the comic he thinks Kevin is ripping off, we make another Urasawaesque time jump to 1949 Tokyo...

0 members and 1 guests have thanked Kaiten for this news

[Permalink]
memories of emanon is really good series , one of the few to which i cried at the end and as far as i go , that shows alot

[Permalink]
I have yet to read Hatsukoi Limited,but all the other manga are brilliant.