Like us on Facebook, follow us on Twitter! Check out our new tumblr page. :)
Manga News: Toriko has come to an end; but be sure to swing by and share your favourite moments from the series!
Manhwa & Manhua News: Check out the new Manhwa and Manhua shout-out (March 2016).
Event News: One Piece Awardshas concluded. Check the results Here!
MangaHelpers > News > Shout-Outs > New Manga Shout Out: 10/22/12 - 10/28/12
Homepage
Details
Archives

Welcome to the next New Manga Shout Out. With the no-raws/scans rule on MH, you have to work a bit to find these mangas. This week features witches in training, Napoleon, and black fairies. Remember, if you like any of the series, favorite them. Don't forget to also thank the various people who feed your manga addiction. ^_^ Translators and Scanlators, please check out these series and see if you can spread some more manga love~ 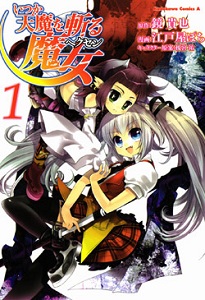 This is a side story to Itsuka Tenma no Kuro Usagi. It follows the angsty loner Liene, along with her two classmates--big-breasted Klara and cheerful Chiya--as they train to become first-class witches. In order to become a first-class witch of the Temperon Crowley association, they first have to make a contract with a demon, which costs the thing they cherish the most (generally assumed to be a girl's virginity). Liene wants to become a first-class witch so that she might have a chance of meeting the parents who abandoned her as a baby. However, she's going to have to learn that she can't do it alone. She'll have to cooperate with her first real friends, Klara and Chiya, and with her new demon companion Pelty. 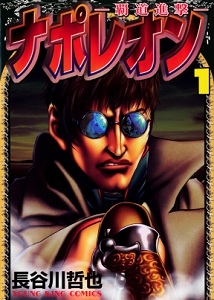 This manga picks up the story of Napoleon's life from "Napoleon: Lion's Era." The story begins in 1800, shortly after Napoleon has consolidated his power as the First Consul. It starts with a bang, with the tragic assassination attempt known as the plot of Rue Saint-Nicaise, and the subsequent attempt to find those responsible. As Napoleon gains ever more power, the era of the Napoleonic Empire is almost ready to begin! 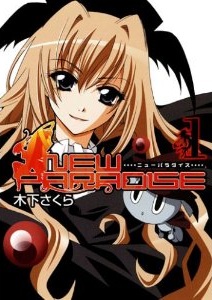 Humanity was once menaced by black fairies, but they were fought by the black fairy hunters who eventually sealed their ruler away. Yamamoto Ryuu lives what seems to be an ordinary human high school life, hanging out with his childhood friend, Yuki, but when he starts to really think about the details of his existence, its reality doesn't hold together. He begins to remember who he really is-- the black fairy hunter Dragon-- and how he ended up in his current predicament. He had been going after a black fairy called Scheherazade, who placed him in this mysterious "Yuki"'s dream. Scheherazade claims that Yuki is actually the black fairy ruler, Black Butterfly, and she needs Ryuu's help to keep other black fairies from waking her up from her idyllic dream. As he finds himself going along with these fairies, he remembers even more troubling things, such as the fact that Yuki looks suspiciously similar to his little sister in reality. Will Ryuu be able to figure out what's really going on here? 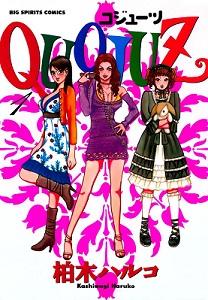 Three 20-something sisters, Ayame, Kaede and Sumomo, have just about had it with men. Ayame walked in on her husband's infidelity, only to have him leave her for the other woman. Kaede had a crush on a colleague, only to find out he was sleeping with his high school students and keeping a porn stash of their pictures. Sumomo just can't seem to find a guy that's good enough for her. Their lives change the day their little brother Mikio comes to Tokyo to live with them, just after high school graduation. They all become immediately infatuated and aggressively sexual with him. Mikio wishes they would just act like normal sisters, especially since they seem hellbent on ruining his budding relationship with a cute girl named Midori. Will Mikio be able to have a real relationship with a girl, or will his three housemates have their way with him?


My opinion:
New Paradise might be an interesting story...