Like us on Facebook, follow us on Twitter! Check out our new tumblr page. :)
Manga News: Toriko has come to an end; but be sure to swing by and share your favourite moments from the series!
Manhwa & Manhua News: Check out the new Manhwa and Manhua shout-out (March 2016).
Event News: One Piece Awardshas concluded. Check the results Here!
MangaHelpers > News > Shout-Outs > New Manga Shout Out: 10/29/12 - 11/4/12
Homepage
Details
Archives

Welcome to the next New Manga Shout Out. With the no-raws/scans rule on MH, you have to work a bit to find these manga. This week features a girl exploring virtual space for her mom's killer, an apprentice chef, and four people hired to pretend to be a family. Don't forget to also thank the various people who feed your manga addiction. ^_^ Translators and Scanlators, please check out these series and see if you can spread some more manga love~ 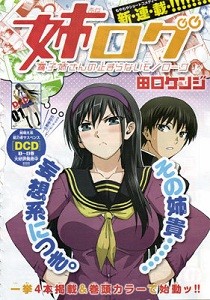 When Konoe Moyako and her little brother, Akira, were young, he said he wanted to marry her. Naturally, Moyako decided that her little brother was a complete pervert who was obsessed with her. Now that they're both teenagers, Moyako is convinced she needs to 'rehabilitate' him. However, it seems that the 'perversion' is entirely in her imagination, and she can't seem to help turning completely innocent situations into creepy ones in her mind! 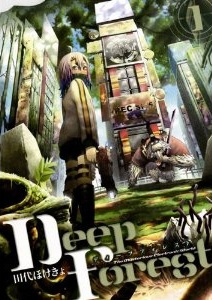 There is a large virtual space called "Deep Forest," where many people go as avatars. Origa is a schoolgirl who has become an explorer in Deep Forest in an effort to discover the reason behind her mother's death. Luckily, she has a famous hacker as a partner and guide, a monkey avatar called Jr. Deep Forest is a dangerous place, contested by the company she believes is responsible for her mother's death, hackers, and others. Origa has a difficult path to travel in order to uncover the truth. 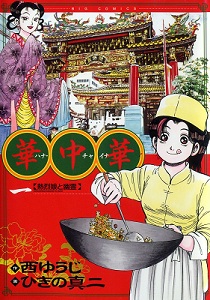 Nakamura Hanako is working as an apprentice chef at a big restaurant in Yokohama Chinatown. She's working hard at being a great chef of Chinese food, and her dream is to eventually become the best chef in her home village of Tokushima. When she returns to Tokushima, she plans to use her cooking to attract customers from all over Japan, and eventually, the whole world. She's been working for several months, though, and she's not making much progress in the Yokohama restaurant.

Luckily, she has some supernatural help on her side. The ghost of a beautiful Chinese concubine of the 700s, Youkihi, overheard her wish and is helping guide her towards her goals. Her friendly ghost has helped her find a place in a restaurant owned by an old couple, which they had reluctantly closed. Now they open only during Hanako's lunch break, when she cooks delicious Chinese fried rice for customers. Will Hanako be able to realize her dream to become the best chef of Chinese food? 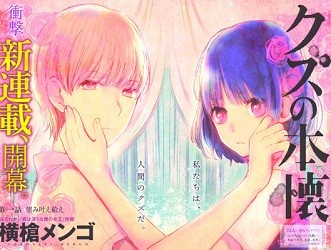 17-year-old Awaya Mugi and Yasuraoka Hanabi appear to be the ideal couple. They are both pretty popular, and they seem to suit each other well. However, outsiders don't know of the secret they share. Both Mugi and Hanabi have hopeless crushes on someone else, and they are only dating each other to soothe their loneliness. Mugi is in love with Minagawa Akane, a young teacher who used to be his home tutor. Hanabi is also in love with a teacher, a young man who has been a family friend since she was little. In each other, they find a place where they can grieve for the ones they cannot have, and they share a loneliness-driven physical intimacy. Will things stay like this for them forever? 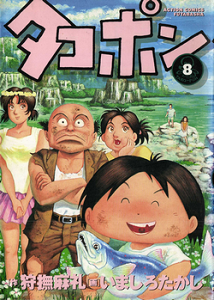 The Kemuyama family has just moved into town. From the outside, they seem ordinary. The family consists of a breadwinner father, a chubby mother, a teenage daughter Tara, and a video-gaming little brother Kemuo. What no one knows is that it is all an act. These four people aren't even really a family; they are four complete strangers. They were hired into their respective roles by a mysterious group they know only as "Tako-Pon." They're supposed to behave just as a normal family would, and to avoid discussing their individual pasts. When some of them bend the rules of the contract a little, letters of admonishment from Tako-Pon begin to arrive, making it clear that they are under very close surveillance. These letters eventually vanish, leaving no evidence behind. What is Tako-Pon and what does it really hope to gain from these people?

=======================================================
Note to all scanlators: If you recently started scanlating a new manga series (with about 5 or less chapters released) and would like your manga to be shouted out in the next New Manga Shout Out, then please PM me. Please include:
This is what tethysdust said this week:
Quote:
This week, Tako-Pon was pretty neat. The art style is strange, and it was slow in the beginning, but the mystery started to get interesting before the end of the first volume. Kachuu Hana was also a fun story, if you're looking for a "I want to become the best in the world at <X>" plot with a ghost thrown in.

My opinion:
Kuzu no Honkai sounds like it might be an interesting romance manga and the storyline for Tako-Pon piqued my interest a bit. But why would a company hire people to appear to be a family..?

If you haven't done so already, check out the scanlations of the mangas from previous shout outs which have been recently scanlated: supernatural mystery Yuureitou (MH link), ecchi comedy Ekopan (MH link).

3 members and 3 guests have thanked c_k for this news

[Permalink]
What a coincidence.
I have been stalling Kazu no Honkai for a while now, since I didn't got the time.
It seems very promising.
Translation for chapter 1 is freely available at my profile page.

As for the other series, I think I have read Anelog a while ago, but my memory is a bit fuzzy.
Well if it is what I think, it's a kinda decent read. The sis is pretty funny :)