Like us on Facebook, follow us on Twitter! Check out our new tumblr page. :)
Manga News: Toriko has come to an end; but be sure to swing by and share your favourite moments from the series!
Manhwa & Manhua News: Check out the new Manhwa and Manhua shout-out (March 2016).
Event News: One Piece Awardshas concluded. Check the results Here!
MangaHelpers > News > Shout-Outs > New Manga Shout Out: 12/3/12 - 12/9/12
Homepage
Details
Archives

Welcome to the next New Manga Shout Out. This weekly article introduces you to manga that are new and/or have not been scanlated yet. This week features a girl filled with static electricity, a girl who kills those that are possessed, and a video game anthology. Remember, if you like any of the series, favorite them. Don't forget to also thank the various people who feed your manga addiction. ^_^ Translators and Scanlators, please check out these series and see if you can spread some more manga love~ 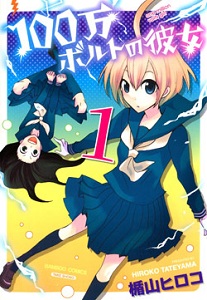 Narugami Kyoko is a 14-year-old girl with extraordinarily high amounts of static electricity. She shorts out electronics, shocks people, frizzes out people's hair, and makes their clothes full of static. Understandably, most people at school avoid her, except for her friend Hikari. This 4-koma style manga features her humorous everyday school life as she hangs out with Hikari, interacts with teachers, and tries to become closer to her other classmates despite her electricity problem! 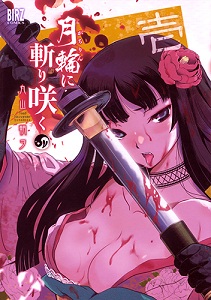 A new transfer student has come into town, a girl with a mysterious air and black clothing who is called Inugami Sakuya. What few know is that by moonlight, she hunts and kills those possessed by "Inugami." A man can become possessed by being bitten, leading to a nighttime transformation into a beast driven to eat women. Sakuya gets no thanks for brutally ending the lives of these unfortunate men with her sword, and she is often too late to save the women they threaten. Sakuya also must deal with her own inner demons, which are all too real... 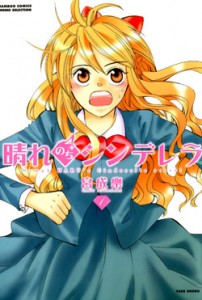 Haru is the star at her high school for young ladies of good family, and she is determined that she is meant to be a princess. She tries very hard to fill her idealization of what a princess should be like, but her instincts are sometimes thrown off by her family's history of being very poor. Spending her days with her younger brother Ataru and her friends at her school, Haru does her best to behave as the princess that she knows she truly is! 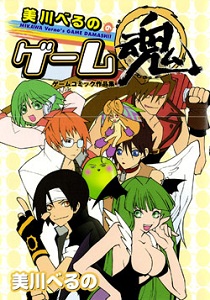 This is a collection of short stories where various video game characters have wacky adventures. Games involved include Street Fighter, King of Fighters, Guilty Gear, Black/Matrix, Breath of Fire, To Heart, and more.

=======================================================
Note to all scanlators: If you recently started scanlating a new manga series (with about 5 or less chapters released) and would like your manga to be shouted out in the next New Manga Shout Out, then please PM me. Please include:
This is what tethysdust said this week:
Quote:
Nothing really stood out this week. The most interesting was Gachirin ni Kirisaku, but that one was fairly gory. It took a while for any more overarching story than hunting individual Inugami-possessed to emerge, but I think it is a story with potential.