Like us on Facebook, follow us on Twitter! Check out our new tumblr page. :)
Manga News: Toriko has come to an end; but be sure to swing by and share your favourite moments from the series!
Manhwa & Manhua News: Check out the new Manhwa and Manhua shout-out (March 2016).
Event News: One Piece Awardshas concluded. Check the results Here!
MangaHelpers > News > Shout-Outs > New Manga Shout Out: 12/31/12 - 1/6/13
Homepage
Details
Archives

Welcome to the next New Manga Shout Out. This weekly article introduces you to manga that are new and/or have not been scanlated yet. This week features a middle school detective, a crazy torturer, and an experimental high school turning girls into weapons. Remember, if you like any of the series, favorite them. Don't forget to also thank the various people who feed your manga addiction. ^_^ Translators and Scanlators, please check out these series and see if you can spread some more manga love~ 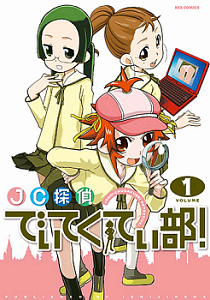 Teruha's grandpa was an amazing detective, and she has dreamed of following in his footsteps. When he passed away, Teruha was still a child, so another relative inherited his detective agency. Now she's in middle school, and she's determined to build up some detective experience to prove her worth. With her friends, she's going to try to start a detective club, in order to solve smaller and larger cases around the school. The manga is partially in 4koma style. 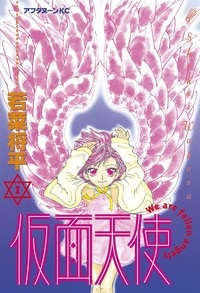 Nanase Karina is an oddly cynical, sexually precocious 10-year-old girl, who has an unusual romantic relationship with her older, 12-year-old cousin, Tsukamoto Kouichi. Another classmate, Watanabe Kiichi, has a desperate crush on Karina, but he knows he can't compete with Kouichi, who has top grades, is the student council president, and much more. In their school life, Karina and Kouichi approach situations in a way that shows that they don't have the innocence commonly associated with children. For example, when Karina becomes the next targeted conquest of the school's playboy, she plans to beat him at his own game. 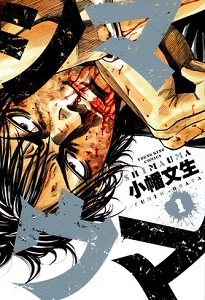 Tatsuo, Hide, Satoshi and Aya worked together to cheat people out of money. They tended to target marriage services, where they con money out of people looking for love. They were good at it, until they crossed the wrong guy. Then they saw the world below the surface of dupes to cheat, when the 'collection agency' came for them with extreme violence.

The person who takes Satoshi and Hide, and then Aya and Tatsuo, is a wild-eyed maniac who seems to get off on the torture. There may be hope for Tatsuo, though, because the man recognizes him. The torturer is "Akasada" a bullied kid that Tatsuo knew from school. Now Tatsuo and Aya have been pulled, against their will, into Aka's world. 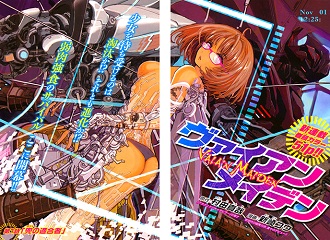 In a world where the situation is rapidly worsening, an unusual all-girls high school is taking in first-year girls who have been orphaned. However, when they show up to the welcome ceremony, they find out that the situation is much different than they might have thought. The school is designed as an experimental ground to turn children with no relatives into weapons. Before they entered the school, they were given an injection that would allow them to manifest powerful aspects of animals. After watching her best friend get killed at the welcome ceremony, Tachibana Karin struggles to survive the chaotic, violent entrance to life at her new school.

=======================================================
Note to all scanlators: If you recently started scanlating a new manga series (with about 5 or less chapters released) and would like your manga to be shouted out in the next New Manga Shout Out, then please PM me. Please include:
This is what tethysdust said this week:
Quote:
None of my four really interested me all that much. I feel like I should point out that Kamen Tenshi has very little suggestive visual content. I labeled it as mature due to mature situations, like attempted rape. Vaia'n Maiden was pretty action-packed, but I'm not really sure I get how a 'school' like that could actually function, from the first few chapters... it seems like almost all of the students would be killed off quite rapidly.

My opinion:
Vaia'n Maiden sounds a bit battle royale-ish but with animal powers... I'm curious how it'll turn out. I'm also a bit curious about Shimauma, although the idea behind it doesn't sound new.