Like us on Facebook, follow us on Twitter! Check out our new tumblr page. :)
Manga News: Toriko has come to an end; but be sure to swing by and share your favourite moments from the series!
Manhwa & Manhua News: Check out the new Manhwa and Manhua shout-out (March 2016).
Event News: One Piece Awardshas concluded. Check the results Here!
MangaHelpers > News > Shout-Outs > New Manga Shout Out: 2/18/13 - 2/24/13
Homepage
Details
Archives

Welcome to the next New Manga Shout Out. This weekly article introduces you to manga that are new and/or have not been scanlated yet. This week features a boy who gets into dancing, an adult fujoshi in love and a female Mozart. Remember, if you like any of the series, favorite them. Don't forget to also thank the various people who feed your manga addiction. ^_^ Translators and Scanlators, please check out these series and see if you can spread some more manga love~ 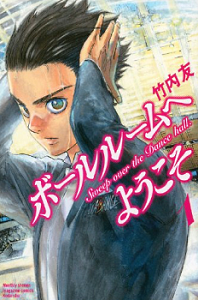 An ordinary middle school student, Fujita Tatara, couldn't find any objective in life and spent his days idly. One day, a group of delinquents pick a fight with him and he is saved by a mysterious man. After that, the man surprisingly takes him to a ballroom dancing class! While being inspired by a girl dancer who goes to that school, Hanaoka Shizuku, and her partner, a genius dancer, Hyoudou Kiyoharu, Tatara starts dedicating his youth to dancesport!! 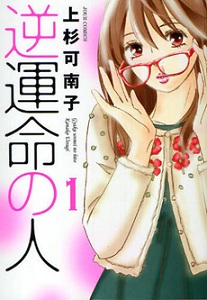 Madori is an adult "fujoshi" (a fan of male homosexual romance), and she's also a mangaka of boy's love manga. She mostly stays in her apartment, and her life typically involves her three assistants, working on her manga, and occasional meetings with her editor. One day, though, she begins a real-life, 3-dimensional romance of her very own. The man in question is Kaji Kotaro, and he seems pretty normal. She tries her best to keep him from finding out about her socially questionable hobbies; she keeps him out of her room, and claims she draws fantasy manga (it's a kind of fantasy, right?). But inexperienced Madori will soon discover that real romance can be more complicated than she expected! 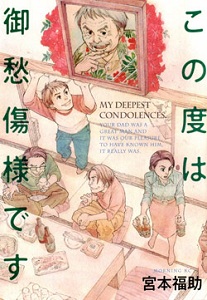 Sakagami Tokuzou has died and left behind three grown children (Matsukichi, Takeko, and Umeo) and one grandchild that never knew him, Takeko's son Jin. In life, he was a carefree, happy-living man that constantly frustrated his children, and he's decided that he'll be the same in death. His last words to them were to divide up the inheritance by playing darts, and to have fun.

The three re-united squabbling adult children didn't really see the humor in this, especially once they learned that there actually was an inheritance to win--100 million yen of it. As they go together through the necessary steps after their father's death, Matsukichi, Takeko, Umeo and Jin will learn much more about Tokuzou's history and life, his friends and his secrets. If they make it through all the wackiness, maybe they'll understand the legacy Tokuzou wanted to leave behind! 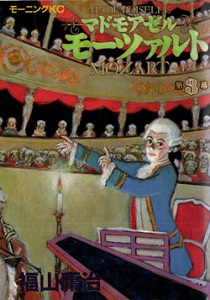 This is a fictional re-telling of the life of Wolfgang Amadeus Mozart, with a new twist. Mozart was actually born a girl, but her father chose to pass her off as a boy when he witnessed her early genius in music. The main story begins when Mozart is 25, working successfully as a musician in Vienna. "He" is wildly popular, especially with the ladies, but "he" mostly avoids them in order to protect the secret of "his" gender. Unfortunately, another local composer, Antonio Salieri, suspects that Mozart is actually a woman. When Mozart begins courting a girl, Constanze Weber, it seems impossible that "his" secret and career will endure! 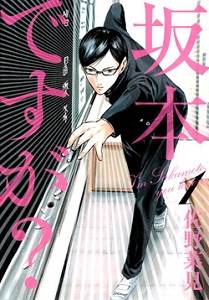 First year high school student Sakamoto isn't just cool, he's the coolest! Almost immediately after starting school, he began attracting everyone's attention. The girls love him, and most of the boys resent him. There's even a boy in the class who works as a model, but who is constantly upstaged by Sakamoto! No matter what tricks the other boys try to play on him, Sakamoto always manages to foil them with ease and grace. Though Sakamoto may seem cool and aloof, he helps others when asked, such as in the case of the boy in his class who was being constantly bullied. No matter what difficulties Sakamoto encounters, he moves through his high school life with confidence and class! 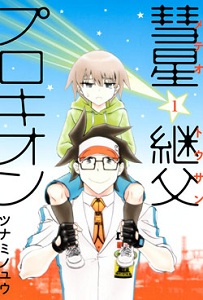 A man who goes by the code-name Procyon and his allies, including Spica and Sirius, are being dispatched to protect Earth from alien invaders. Procyon's real name is Nagare Seishiro, and, once on Earth, he meets a woman that he can call nothing less than a goddess. They promptly get married, to the dismay of her 9-year-old son, Ikuru. Ikuru is even more horrified when his mother is transferred overseas, leaving him to live with his new weirdo "father." Nagare comes and goes at random hours, but won't tell Ikuru what he does at work (fighting aliens as the Earth's protector, Procyon). Nagare also doesn't seem to quite grasp some Earth customs. For instance, he makes his meals by taking all the separate foods and then blending them into a liquid. Ikuru refuses to accept him as a father, but he loves watching the exploits of the awesome Procyon. Will Nagare be able to get through to his new son without betraying his secret identity, and keep up with his work protecting Ikuru and the other humans?

=======================================================
Note to all scanlators: If you recently started scanlating a new manga series (with about 5 or less chapters released) and would like your manga to be shouted out in the next New Manga Shout Out, then please PM me. Please include:
This is what tethysdust said this week:
Quote:
There were some good ones this week. Sakamoto Desu Ga was really funny, though I don't know how well that kind of humor will work long-term for a manga. My Deepest Condolences was my favorite of the week, though. It's only one volume, and it was a surprisingly humorous story about a death. Their father sounded like a real character.

My opinion:
I'm a bit interested in reading Gyakuunmei no Hito since it's interesting to see how a real life fujoshi deals with a real life romance... Sakamoto desu ga? also piqued my interest as well. I don't know why, but reading how he's able to best anyone that goes against him and how he helps others might be interesting~

If you haven't done so already, check out the scanlations of the mangas from previous shout outs which have been recently scanlated: sci-fi action comedy Isekai no Seikishi Monogatari (MH link).