Like us on Facebook, follow us on Twitter! Check out our new tumblr page. :)
Manga News: Toriko has come to an end; but be sure to swing by and share your favourite moments from the series!
Manhwa & Manhua News: Check out the new Manhwa and Manhua shout-out (March 2016).
Event News: One Piece Awardshas concluded. Check the results Here!
MangaHelpers > News > Shout-Outs > New Manga Shout Out: 9/16/13 - 9/22/13
Homepage
Details
Archives

Welcome to the next New Manga Shout Out. This weekly article introduces you to manga that are new and/or have not been scanlated yet. This week features maids in battle, a cat cafe and an inn for souls whose bodies are between life and death. Remember, if you like any of the series, favorite them. Don't forget to also thank the various people who feed your manga addiction. ^_^ Translators and Scanlators, please check out these series and see if you can spread some more manga love~ 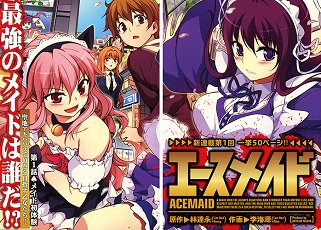 Maids are required to be constantly beautiful, honor her master, and be stronger than anyone else. Those maids that fulfill these requirements are known as "Ace Maids." These special maids represent each of their own stores and, once every year, participate in a battle tournament to become the strongest maid in the world. 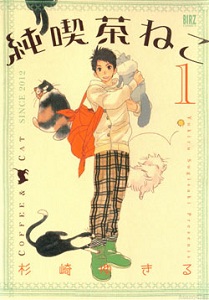 After failing his college exam, Nishikori Kon took his pet cat and fled. He ended up going from Kyoto to Mount Hakodate in Hokkaido. At his wits end, he was picked up by a young man named Tachikawa Ayakane, who hired him on the spot to work at his and his brothers' café (though his older brother hates the word 'café') "Coffee & Cat." It turns out Ayakane was so impressed with Kon's pet cat's appearance that he wanted him to get the unkempt 5 cats of the establishment in order. Now Kon serves all the cats, but he has a secret the brothers don't know. Kon can actually see cats as human beings and understand their speech! Kon and his pet cat's new lifestyle is just beginning! 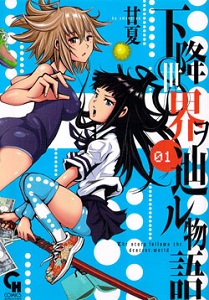 Mabuchi Yuniko is the descendant of the Mabuchi family, a family that has long been tasked to destroy the beings from the underworld that seep through certain breaks in reality. These evil beings found that "lockers" can be used to connect their world with ours, giving them a chance to find live bodies to take over. In these lockers, they seek certain items that match their pathos, which can lead them to taking over the owner of the locker. The recent target of these evil beings of the underworld is Watanuki Shizuna, a girl that has a slight fetish for cannibalism. One thing led to another, and now Yuniko and Shizuna make an odd couple tasked to vanquish evil from this world. 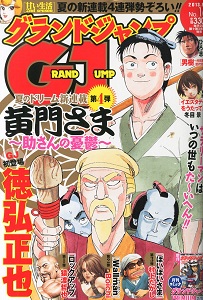 Set in the Edo period of Japan, the high-ranking daimyo of the Mito-domain cannot keep his bodyguards alive as they travel Japan. To replenish his bodyguards, they institute a recruitment exam aimed towards the poorest of samurais of Japan, "rounin." As a rounin, Inouse Shinnosuke attempts to prove himself to the ranking officials and escape poverty. 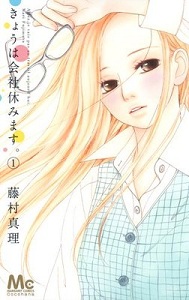 Aoishi Hanae is a 33-year-old woman who has a job, but no boyfriend. In fact, she's also still a virgin. It's not that she never had a chance to lose her virginity, but she let the chance pass by. At a drinking party with her colleagues, Hanae ends up confiding in Tanokura Yuto, a handsome young 21-year-old part timer at her company who also attends college, and who has recently broken up with his girlfriend.

The next morning, she wakes up in a hotel next to him, and learns that they apparently agreed to start dating and then had sex that night. She has only hazy memories, and has no idea how to deal with the situation. Yuto is shocked that she doesn't remember, but hopes that they can still date. How will Hanae, who is older but much less experienced in romance, handle her surprising new relationship with the younger and more experienced Yuto? 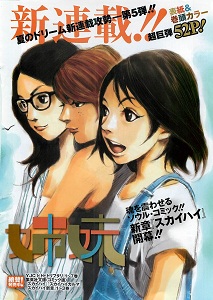 Tenmasou is an inn for souls whose bodies are between life and death. They rest there a while, before either continuing on or returning to the world. A woman named Izuko brings the souls of the customers to Tenmasou's peaceful doors. The inn is run by a mother and her two daughters, Nozomi and Kanae. Nozomi and Kanae are soon joined by a third half-sister, Tamae, who is the child of their father and another woman. Tamae is a 17-year-old girl who has had a difficult life, and whose body now lies in a hospital after an accident, though she doesn't realize her situation. She cheerfully helps out her sisters in the inn, but Nozomi and Kanae's mother is reluctant to accept her. The three sisters work together to help heal the souls of those that come to them.

=======================================================
Note to all scanlators: If you recently started scanlating a new manga series (with about 5 or less chapters released) and would like your manga to be shouted out in the next New Manga Shout Out, then please PM me. Please include:
This is what tethysdust said this week:
Quote:
Kyou wa Kaisha Yasumimasu was a really cute romance, and the Tenmasou story seemed to have a lot of promise. The Tenmasou manga is actually related to a series called "Sky High," which had a live action drama that I used to watch on rented VHS's back when I was first learning Japanese. That was a bit of surprise nostalgia for this week.
Here's what DrCoke had to say:
Quote:
No comments this week.

My opinion:
I'm in a romance mood so I'd be curious to see how Kyou wa Kaisha Yasumimasu. would turn out...


If you haven't done so already, check out the scanlations of the mangas from previous shout outs which have been recently scanlated: ecchi comedy Ore ga Ojousama Gakkou ni "Shomin Sample" Toshite Rachirareta Ken (MH link).

1 members and 2 guests have thanked c_k for this news