Like us on Facebook, follow us on Twitter! Check out our new tumblr page. :)
Manga News: Toriko has come to an end; but be sure to swing by and share your favourite moments from the series!
Manhwa & Manhua News: Check out the new Manhwa and Manhua shout-out (March 2016).
Event News: One Piece Awardshas concluded. Check the results Here!
MangaHelpers > News > Shout-Outs > New Manga Shout Out: 11/4/13 - 11/10/13
Homepage
Details
Archives

Welcome to the next New Manga Shout Out. This weekly article introduces you to manga that are new and/or have not been scanlated yet. This week features a girl making faces at the boy she likes, a caterer who learns about people from their fridge, and an empty Earth. Remember, if you like any of the series, favorite them. Don't forget to also thank the various people who feed your manga addiction. ^_^ Translators and Scanlators, please check out these series and see if you can spread some more manga love~ 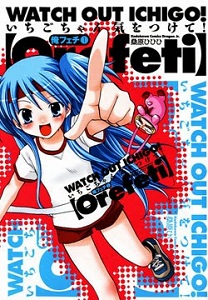 13-year-old Hasegawa Ichigo has always been a happy, energetic child. As she came into adolescence, though, she noticed that she had a tendency to make terrifying faces when speaking to boys she liked. Now she is entering middle school, along with her dog-eared childhood friend Chihiro. Before their first day, she meets a boy from the same school, who hands her some odd creature, claiming she dropped it. She likes the boy (and thus scares him off with her expression), but keeps the strange creature. Now she's starting school with problems already in place: a boy she likes but can't stop make death glares at, and a strange creature of unknown provenance and purpose. 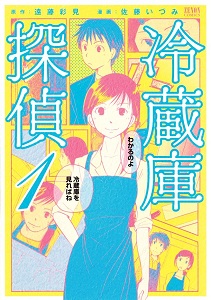 Reiko can look into anyone's fridge, and read lots of information about the owner in its contents. She works as a caterer, giving her plenty of opportunities to peek into the fridges of others. Currently, she has an "assistant," who is actually a detective that wants to learn about her impressive skill. He goes with Reiko to her jobs, where she peeks into the fridges of her customers, often helping to make their lives better by using the information she learns. 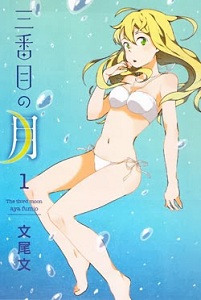 There is a planet where all the inhabitants have mysteriously disappeared. This planet was called "Earth." Four people (Shiki, Miyuki, Yoshimura, and Satou) are dispatched to investigate the planet, its remaining living things, and the remains of the culture that once thrived there. Together, they pass peaceful days on the quiet Earth.

=======================================================
Note to all scanlators: If you recently started scanlating a new manga series (with about 5 or less chapters released) and would like your manga to be shouted out in the next New Manga Shout Out, then please PM me. Please include:
This is what tethysdust said this week:
Quote:
I'm not how long Reizouko Tantei could keep up the theme (how many different things can you learn from someone's fridge, really?), but it was a neat idea. The stories seem pretty episodic early on.

Ore Fetish was not really my kind of manga, since I found the main character and the general style really irritating. I think it's probably good for anyone into those types of characters (like the girl who goes from little and cute to loud and scary at the drop of a hat).

Sanbanme no Tsuki was the most interesting one of the lot to me. However, it seems to be much more of a peaceful daily life story than a science fiction, at least so far.


My opinion:
Ore Fetish Ichigo-chan Kiwotsukete! might be interesting to see if the main character ever gets away from making a scary face to the guy she likes (or not since the series is on-hold...). Sanbanme no Tsuki seems the most interesting to me. I'm curious to see how the Earth became empty (if they ever find out why).

6 members and 0 guests have thanked c_k for this news

[Permalink]
Sanbanme no Tsuki have a really interesting concept. It can turn into a good manga if managed carefully. Reizouko Tantei on the other hand sounds pretty stupid.