Like us on Facebook, follow us on Twitter! Check out our new tumblr page. :)
Manga News: Toriko has come to an end; but be sure to swing by and share your favourite moments from the series!
Manhwa & Manhua News: Check out the new Manhwa and Manhua shout-out (March 2016).
Event News: One Piece Awardshas concluded. Check the results Here!
MangaHelpers > Manga > Browse > Abara
Home
Chapters
Translations
Thread
RSS 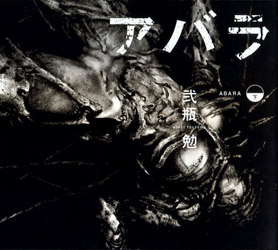 When a creature attacks the city, a man with strange powers reluctantly stands to fight... but a shadowy government organization has unfinished business with him. Abara is set in a dystopian world, filled with large structures. The story revolves around creatures known as Gaunas, Gaunas are people who can shape bone like armor and weaponry around themselves through transformation. The transformation begins around the spine and then shapes layered armor. The story focuses on one such Gauna known as Kudou Denji (though he uses Itou Denji as a fake name earlier).