Like us on Facebook, follow us on Twitter! Check out our new tumblr page. :)
Manga News: Toriko has come to an end; but be sure to swing by and share your favourite moments from the series!
Manhwa & Manhua News: Check out the new Manhwa and Manhua shout-out (March 2016).
Event News: One Piece Awardshas concluded. Check the results Here!
MangaHelpers > Manga > Browse > Nejimaki Kagyu
Home
Chapters
Translations
Thread
RSS 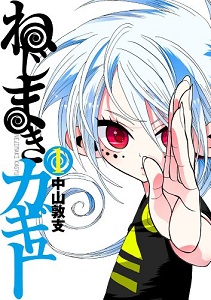 Negizawa Kamo once tearfully promised his weak childhood friend Kagyu Jubei that he would grow up to be a teacher who would not stand for bullying. Several years later, as a teacher, he meets Kagyu once more under...strange circumstances to say the least.

While Negizawa was training to become a great teacher, Kagyu (who, like most women, fell for Negizawa) polished her fists so that she could protect him when they met again.

Hilarity ensues as Negizawa strives to become the teacher he once dreamed of being and Kagyu protects his chastity from the numerous women who lust after his sweet behind.