Like us on Facebook, follow us on Twitter! Check out our new tumblr page. :)
Manga News: Toriko has come to an end; but be sure to swing by and share your favourite moments from the series!
Manhwa & Manhua News: Check out the new Manhwa and Manhua shout-out (March 2016).
Event News: One Piece Awardshas concluded. Check the results Here!
MangaHelpers > News > Shout-Outs > New Manga Shout Out: 3/24/14 - 3/30/14
Homepage
Details
Archives

Welcome to the next New Manga Shout Out. This weekly article introduces you to manga that are new and/or have not been scanlated yet. This week features mysterious mass deaths, the world of hostessing, and a rice cooker girl. Remember, if you like any of the series, favorite them. Don't forget to also thank the various people who feed your manga addiction. ^_^ Translators and Scanlators, please check out these series and see if you can spread some more manga love~ 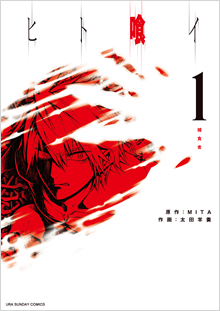 Multiple instances of mysterious mass deaths are erupting all over the city. The only similarity between each mass death is the time in which the victims were found dead. Trainee doctor Sasaki finds himself in the midst of one of these mass death events. He must now fight his way out of a dungeon ruled by a man-eating monster: "Hitokui." As other humans are slaughtered and eaten alive around him, will he be able to escape out of this dungeon and bring an end to these mass murders? 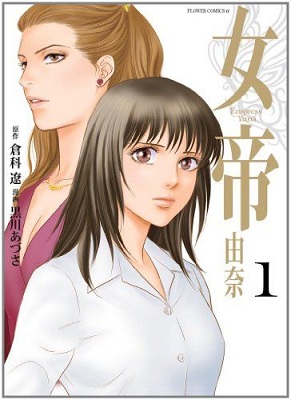 In Korea in the 1990s, Yuna's life is going really well. She's about to graduate from college, and she's dating the heir to a major company. However, one of her acquaintances, Sonhi, hates her for reasons that Yuna does not understand. Unfortunately, Sonhi's father is the head of a major bank, and she uses her influence to destroy Yuna's father's company, leading directly to his suicide.

Now Yuna has to shoulder the responsibility of caring for her mother and her little brother, dropping out of school to find work and breaking up with her high-class boyfriend. However, not only is Korea in a major financial crisis, but Sonhi is further interfering to ensure that Yuna is unable to find respectable work. Yuna realizes that she must enter the night world of hostessing, in order to provide for her family.

She may be seen as a 'fallen woman,' but she will not be defeated forever! She and her family are determined that they will survive this disaster, and find a new life on the other side! 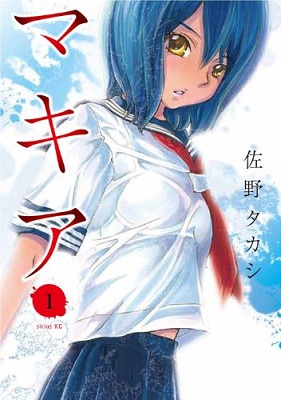 Is it a dream or is it reality? As multiple dark rumors spread across the school regarding the mysterious new transfer student, Watazumi Makia, strange events repeat themselves inside Sena Koji's dreams and his reality. He can't tell whether these events are actually happening, or if they are only just a bad dream. One thing is obvious: Watazumi Makia has something to do with the sudden deaths of his classmates. Koji now must face the nightmares that are killing off his classmates. 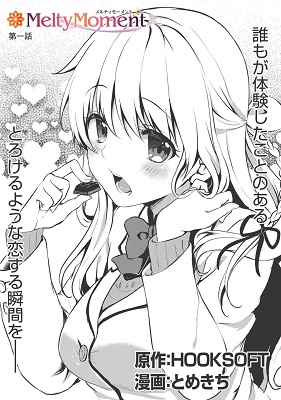 Based on an ero-game by the same name, Melty Moment follows Takeru as he gets closer to several girls in high school. He ends up leading an election committee that is filled with cute girls. There's shy little Natsuki, serious little Misao, his childhood friend Yuuka, classmate Sumire, and talented Aoi. Who will he end up with? 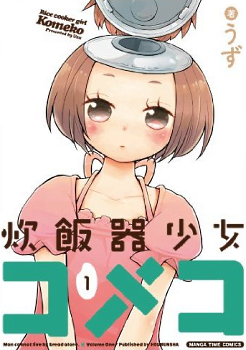 Takeru is a poor college student, living alone. One day, his mom sends him a strange package; it's a rice cooker in the form of a young girl! She cooks the rice inside her head, but Takeru will have to get along with her in order to get her to cook rice properly. This 4-koma manga features Takeru's life with his rice cooker girl, called "Komeko," and the other girls in his life. 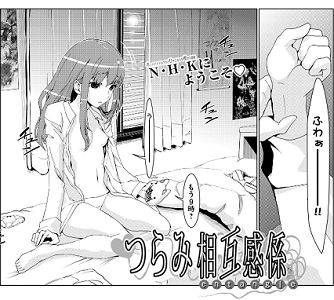 Super negative girl Akira is a self-proclaimed internet idol inside of her blog and she refuses to go to school. After some convincing and persuasion from her friends, she finds herself a goal: a goal to become a professional voice actress. Now she must attempt to enter the real world and lead a 'normal' school girl life. Will she make it?

=======================================================
Note to all scanlators: If you recently started scanlating a new manga series (with about 5 or less chapters released) and would like your manga to be shouted out in the next New Manga Shout Out, then please PM me. Please include:
This is what tethysdust said this week:
Quote:
The stand-out this week for me was Jotei Yuna. I'm pretty sure I've read first-chapters of stories with a similar premise, but the intrigue in this one made it really easy to get pulled into the story. I found it kind of funny that the other two were both harem-type stories featuring a main character named Takeru. They seemed pretty generic to me, though.
Here's what DrCoke had to say:
Quote:
Tsurami-sougo-kankei: I had a hard time understanding what made this manga interesting. It might be that many of the lingo used in this manga is a bit foreign to me.

Hito-kui: This one's very interesting. The author is taking his/her time revealing many of the secrets of these cannibalistic monsters, pushing you to read further. The main character is very lively and fun/funny.

My opinion:
Hito Kui seems like it'd be pretty interesting for thosewanting to check out a new horror manga and finding out why such a monster exists...
Jotei Yuna is another manga about hostesses (since it's from KURASHINA Ryou, who has written many manga about the night world of hosts and hostesses like Jouou and Kurofuku Monogatari). If you want another manga about the night life, then this may interest you.
Makia is another horror manga this week with many people being killed off, but seems tied to a classmate. If you're looking to read the whole thing, then this one is for you since it's just a short 3 volume series.
Melty Moment - If you like manga based off of ero-games, and are in the mood for romance/ecchi scenes, then you should check this one out. If you're too impatient for the manga, then you can always check out the game...
Suihanki Shoujo Komeko is more on the slice of life/comedy side so would be perfect for someone looking to read a funny 4koma series.
Tsurami Sougo Kankei may be interesting to check out if you want to see someone stuck behind the computer venturing out into the real world of voice acting. Manga about voice acting isn't new, but it may be a different take on the industry~