Like us on Facebook, follow us on Twitter! Check out our new tumblr page. :)
Manga News: Toriko has come to an end; but be sure to swing by and share your favourite moments from the series!
Manhwa & Manhua News: Check out the new Manhwa and Manhua shout-out (March 2016).
Event News: One Piece Awardshas concluded. Check the results Here!
MangaHelpers > News > Shout-Outs > New Manga Shout Out: 6/16/14 - 6/22/14
Homepage
Details
Archives

Welcome to the next New Manga Shout Out. This weekly article introduces you to manga that are new and/or have not been scanlated yet. This week features a harem of girls, a pro boxer, and the world of yakuza. Remember, if you like any of the series, favorite them. Don't forget to also thank the various people who feed your manga addiction. ^_^ Translators and Scanlators, please check out these series and see if you can spread some more manga love~ 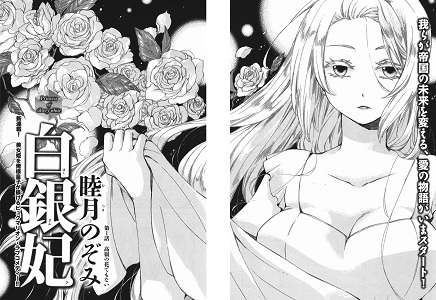 This is the story of several harem girls for a new ruler. The most beautiful is the silver-haired, large-chested Relenia, but she has a lot of rough edges in terms of her personality. She can jump extremely high, and she was recruited for the harem in exchange for tax exemption for her family, and the promise of a cat of her very own. Martena is very anxious about not losing out to Relenia, though she seems to end up quite often in sexually charged situations with Relenia and another girl, Edel. The three of them navigate their life in the harem together! 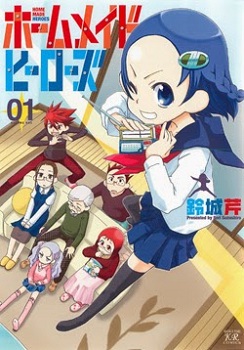 The children of the Sendai family--Retsuto, Akari, Marin and Mashiro--live in a very unusual home with their parents and grandfather. Below ground level, they have a command center, as well as R&D labs. The children are preparing to become heroes, in case a situation arises that can't be handled by the self-defense force or the police. Retsuto is enthusiastic about the idea, and Marin really loves ally-of-justice TV shows. Little Mashiro is skeptical about her ability to do anything as a 'hero.' This 4-koma shows their unusual daily life. 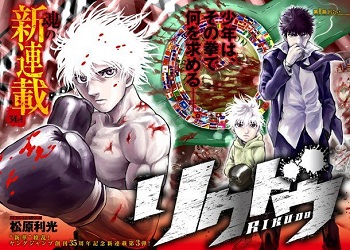 Riku experienced a lot of pain and tragedy in his early life. After his father's death, a former-boxer Yakuza man taught him how to do a basic punch, and that punch saved his life when he had to defend himself from his mom's drug dealer. He ended up taking the drug dealer's life, marking him as a killer. Criminals continued to come after him, leading to more tragedy for the people who attempted to care for him. All of this drove him to ask that same former boxer to teach him to become stronger, which led him to a rundown gym, his door to the world of pro boxing! 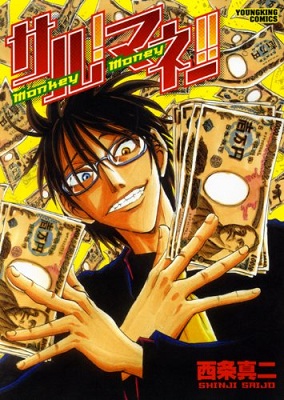 Sarugutsuwa "Saru" Jyouichi is what they call a "Plant" in the realm of yakuza. These "Plants" are assigned to assimilate themselves in a certain profession, whether a school teacher or banker, and recruit potential candidates into their yakuza clan. Saru has been assigned to become a school teacher and seek students and/or his colleagues that may be of use for his clan. The name of the game is money, and he will use everyone and everything to make money for his clan. 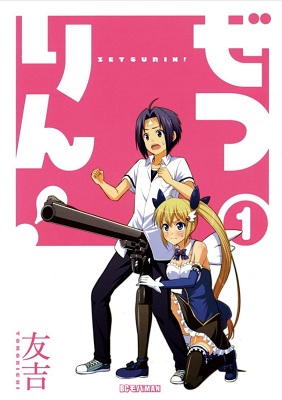 Amano Keisuke was born under a special star. Ever since he was young, he has encountered thousands of "lucky sukebe (ecchi)" situations that tend to have him end up being slapped by girls.

One night, a falling star crashes into his house. The star turns out to be the magical angel Lili and her sidekick Chapi. They have come to save the world from the 100 demon lords that plot to destroy humankind by utilizing the secret weapon hidden inside Amano's... pants?!

My opinion:
Hakuginhi ∼Princess of silvery white∼ - If you're looking for a new ecchi series, with girls getting into *certain* situations, then take a look at this manga.
Homemade Heroes - If you're in the mood for a more interesting take on "super hero" family life as a 4koma, then you may instead want to check out this manga instead.
Rikudou - If you like boxing then take a look at this manga. It kind of gives me a "Ashita no Joe" (Tomorrow's Joe) vibe, a 1960's manga/anime. If you like that type of manga, then you may like this one as well...
Saru! Money! - On the other hand, if you would rather read about yakuza and the world of money, then this manga would be more your style.
Zetsurin! - This is also another really ecchi series, but more so since it looks like a certain body part is a major weapon. If you want some really ridiculous situations mixed in with your ecchiness, then you should check this one instead.


If you haven't done so already, check out the scanlations of the mangas from previous shout outs which have been recently scanlated: romantic drama Soredemo Boku wa Kimi ga Suki (MH link).

[Permalink]
Hakuginhi has absolutely beautiful art. I just love it.

[Permalink]
I agree PROzess! I would certainly love to read that manga soon.^^

[Permalink]
Hakuginhi does seem very pretty. The artwork caught my eyes immediately. That summary, however.... XD