Like us on Facebook, follow us on Twitter! Check out our new tumblr page. :)
Manga News: Toriko has come to an end; but be sure to swing by and share your favourite moments from the series!
Manhwa & Manhua News: Check out the new Manhwa and Manhua shout-out (March 2016).
Event News: One Piece Awardshas concluded. Check the results Here!
MangaHelpers > News > Shout-Outs > New Manga Shout Out: 8/18/14 - 8/24/14
Homepage
Details
Archives

Welcome to the next New Manga Shout Out. This weekly article introduces you to manga that are new and/or have not been scanlated yet. This week features a miko, a world covered in water, and a manga based on a Nintendo 3DS game. Remember, if you like any of the series, favorite them. Don't forget to also thank the various people who feed your manga addiction. ^_^ Translators and Scanlators, please check out these series and see if you can spread some more manga love~ 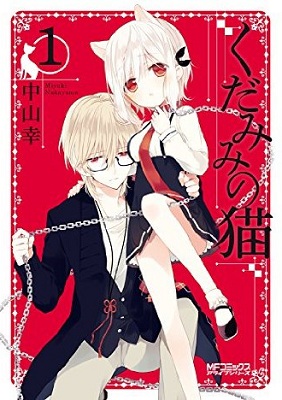 Neneko has the power of a "miko," but she avoids all people due to their reactions to the animal ears on her head. In her loneliness, she made herself a shikigami, an attractive man named Shichikage. One day, she's invited to work in a clinic with other miko, and she decides to go, hoping especially that she can find a way to get rid of her ears and then live an ordinary life. Once there, she meets the other miko and their shikigami, and starts her new lifestyle--making new friends and dealing with the difficulties of being a miko! 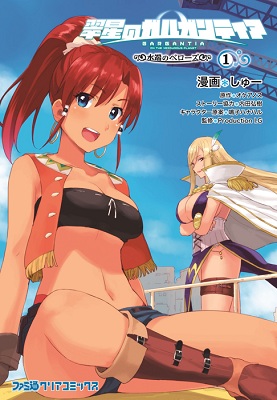 This story, in the universe of Suisei no Gargantia, follows Bellows, a side character in the original series, where the planet is covered with water and humanity lives in various large fleets of ships. The story begins three years before Ledo (from a spacefaring civilization) arrives. When Bellow's fleet is destroyed, she is rescued by a fleet of salvage ships, which send teams of yumboros (human operated excavation robots) under the water to recover goods. Her skill with yumboros is valued by her new fleet, and she soon joins the salvaging team. 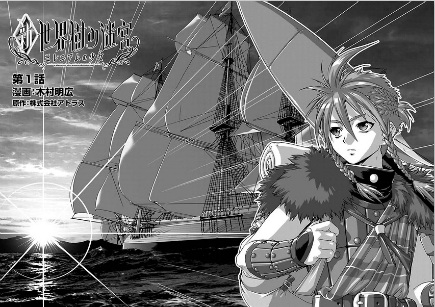 This manga is based on the 3DS game of the same name. The Highlander's help is requested in Etria, where an organization called the Radha hires him to explore a labyrinth. Soon, the highlander discovers an amnesiac girl in a futuristic tube, and meets some fellow investigators from the Midgard Library. The group of them team up as a party to continue their exploration!

=======================================================
Note to all scanlators: If you recently started scanlating a new manga series (with about 5 or less chapters released) and would like your manga to be shouted out in the next New Manga Shout Out, then please PM me. Please include:
This is what tethysdust said this week:
Quote:
My favorite this time was the Suisei no Gargantia one. I really liked the anime, so it was neat to see more of Bellows story, and more details about how people lived in the fleets. The first chapter is really heavy on the fan service, though. Kudamimi no Neko is not really my kind of story, but it had its cute moments. Shin Seikaiju No Meikyuu seems based on the 3DS dungeon crawl game, so I expect it will be heavy on the action.

My opinion:
Kudamimi no Neko - If you're a fan of ecchi and mikos, then you may want to check out this manga.
Suisei no Gargantia - Mizuhana no Bellows - If you like the manga/anime Suisei no Gargantia and like sci-fi ecchi manga and want to read more, then you should check this manga instead.
Shin Sekaiju no Meikyuu - Millennium no Shoujo - If you like the Nintendo 3DS game and like action adventure manga, then this manga is for you.