Like us on Facebook, follow us on Twitter! Check out our new tumblr page. :)
Manga News: Toriko has come to an end; but be sure to swing by and share your favourite moments from the series!
Manhwa & Manhua News: Check out the new Manhwa and Manhua shout-out (March 2016).
Event News: One Piece Awardshas concluded. Check the results Here!
MangaHelpers > News > Shout-Outs > New Manga Shout Out: 8/25/14 - 8/31/14
Homepage
Details
Archives

Welcome to the next New Manga Shout Out. This weekly article introduces you to manga that are new and/or have not been scanlated yet. This week features a normal person wanting to be a hero and a boy wanting to be a girl for the wrong reasons. Remember, if you like any of the series, favorite them. Don't forget to also thank the various people who feed your manga addiction. ^_^ Translators and Scanlators, please check out these series and see if you can spread some more manga love~ 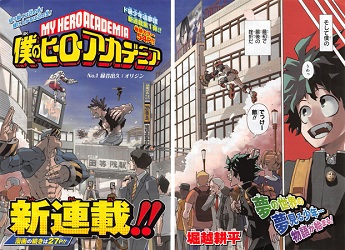 People are not born equal, a realization that 4-year old Midoriya Izuku faced when bullied by his classmates who had unique special powers. Izuku was one of the rare cases where he was born with absolutely no unique powers. This did not stop Izuku from pursuing his dream, a dream of becoming a great hero like the legendary All-Might. To become the great hero he hopelessly wants to become, he now will join the ranks of one of the highest rated "Hero Academies" in the country: Yueiko. With the help of his idol All-Might, will he be able to claim the ranks and become a true hero? 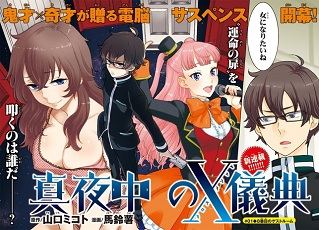 Kamiya Hiroki always thought women had it easy. This thought was throttled by the fact that his 24-year-old sister does not work and plays games all day. Why couldn't he have it this easy? He wanted to become a woman and be lazy like his sister. After blogging about his rants about his sister online, a mysterious reader comments on his blog, stating that there are ways to swap bodies with others. This would bring Hiroki's dream of becoming a woman to reality . Unfortunately for Hiroki, swapping bodies had unintended consequences when he returned to his own body. 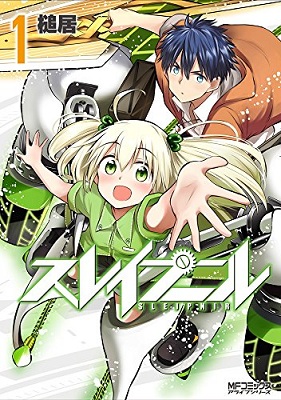 "The Sixth Dimension Experiment." This experiment, in attempting to open one of the eleven dimensions in our reality, the sixth dimension (Secht), resulted in a catastrophic explosion that killed 110 million people and left 12 countries in ruin. The originator of this experiment, Himeka Yuki, bearing the total responsibility for the failure of this experiment, has been banished from reality for eternity. In response to this event, the world leaders in sciences formed a monitoring agency known as "Zeien" to keep control of all scientists and technology in order to prevent another Sixth Dimension Experiment.

10 years have passed since the incident. Takaomi Yuki, the younger brother of Himeka, notices a change in the "Time Machine Destination" that his sister has given him before her banishment. Suddenly, the device summons a lively girl armored with metals he has never seen. "Takaomi-san! To save Earth, pull out your lance and ride me!" To uncover the truth, the two will begin an adventure that crosses time and space.

Here's what DrCoke had to say:
Quote:
Boku no Hero Academia: This one's a fantastic read if you're into super powers and love a David and the Goliath type stories.

Sleipnir: I didn't find this one to be too interesting.

Mayonaka no X Giten: You're in for a bit of a surprise in this one. When the main character returns to his body, I did not expect what awaited him.

My opinion:
Boku no Hero Academia - If you like superheroes, and watching a boy try to attain his dream of being a hero despite having no powers, then you may want to check this manga out.
Mayonaka no X Giten -If you like gender benders, and body swaps and a surprise twist at the end (and this is good for those who can't read Japanese since 3 chapters are already scanlated), then this manga is for you. This manga sounds the most interesting of the three.
Sleipnir - If you're a fan of sci-fi/action adventures, then you should this one out instead.


If you haven't done so already, check out the scanlations of the manga from previous shout outs which have been recently scanlated: an action fantasy manga Kakusansei Million Arthur - Gunjou no Shugosha (MH link).

8 members and 2 guests have thanked c_k for this news

[Permalink]
Im really interested in reading Boku no Hero Academia, sounds like a good read. Im forever a fan of the underdog.