Like us on Facebook, follow us on Twitter! Check out our new tumblr page. :)
Manga News: Toriko has come to an end; but be sure to swing by and share your favourite moments from the series!
Manhwa & Manhua News: Check out the new Manhwa and Manhua shout-out (March 2016).
Event News: One Piece Awardshas concluded. Check the results Here!
MangaHelpers > News > Shout-Outs > New Manga Shout Out: 12/29/14 - 1/4/15
Homepage
Details
Archives

Welcome to the next New Manga Shout Out. This weekly article introduces you to manga that are new and/or have not been scanlated yet. This week features girls forced to wear masks, a theater club and monsters attacking humans. Remember, if you like any of the series, favorite them. Don't forget to also thank the various people who feed your manga addiction. ^_^ Translators and Scanlators, please check out these series and see if you can spread some more manga love~ 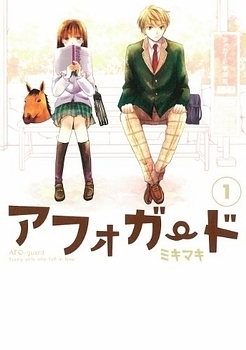 Aizawa Katori goes to a school with an unusual rule. The nearby, separate school building is full of elite male students, and the school wants to prevent any of the female students from getting involved with them. For this reason, all the girl students are required to wear masks! Katori wears a horse-head mask, but she hasn't given up on getting through to her long-ago childhood friend and crush, Shinra. Shinra also has a crush on Katori from when they were children, but he does not recognize her as the strange horse-headed girl who speaks to him! 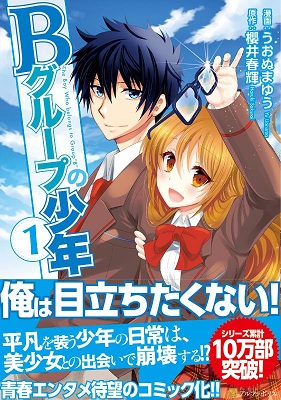 Sakuragi Ryo believes there are three different ranks inside the high school hierarchy. The "A" rank consists of the best looking, the smartest, and the most athletic members of the high school. The "B" ranks are the average members, while the "C" ranks tend to be ignored by the rest of the school. Against his own will, Ryo was dragged into the "A" ranks of his middle school, leading a school life he did not choose. Now entering high school, he vows to stay out of the limelight, and cement himself as part of the "B" ranks. He just wants to live a peaceful and uneventful school life.

One evening after school, he runs into a scene of three delinquents surrounding a girl. He was hoping he wouldn't have to intervene, but the girl was in desperate need of help. The girl he just saved happened to be the prettiest girl of his high school, and now she wants to repay him for saving her. Ryo now must take all measures to not attract the attention of the rest of the school to stay in the "B" ranks. 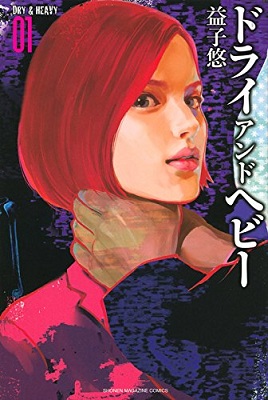 Normal high school student Tateishi Kaoru's girlfriend is the popular idol Inui Yuki. After school, Kaoru finds Yuki entering a love hotel with another man. The recent prostitution rumors linger in the back of his mind as he chase after her, but he had to know the truth. As he encounters the gigantic man who seems to be stalking Yuki, he begins to uncover the mysterious powers surrounding his girlfriend. 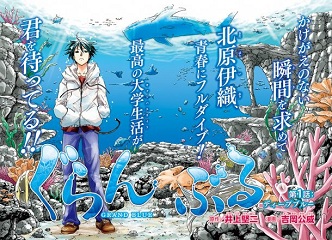 A new life begins for Kitahara Iori as he begins his college career near the ocean in Izu city, full of excitement for his new life. He will be moving into his Uncle's diving store "Grand Blue." There he finds the beautiful ocean, beautiful women, and men that love diving and alcohol. Will Iori be able to live his dream college life? 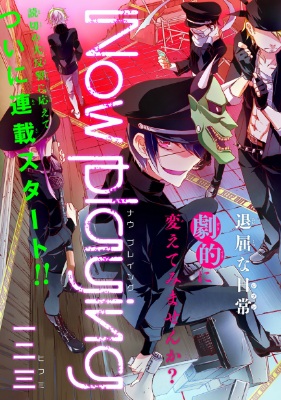 Shinonome Azuma hasn't made any friends in high school, and his classmates pick on him and get him to do lots of work for the classroom. One day, he runs into a transfer student, Saionji Sai, who says he is a director from his former school's club, and who convinces Azuma to join the theater club with him. After joining the quirky theater club, timid Azuma's life will never be the same! 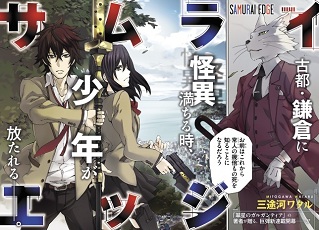 Orihara Rentarou thinks that he's an ordinary high school student, who spars everyday with his much more highly skilled friend Haruhiko, who he thinks of as an older brother. His school is near a blocked-off area of town, where people are forbidden to go due to the presence of "Others," monsters who attack humans. Then one day, after bats mysteriously swarm the school and seem to target him, he begins to hear a voice in his head that tells him to go to the blocked-off area.

Soon he discovers that the Others are real, and that he is one of them. There is a group called "Samurai," whose members are Others dedicated to fighting the human-killing monsters who are contained in the area. After this revelation, Rentarou is uncertain of who he is anymore, but he joins Samurai to fight evil Others alongside Haruhiko and their other comrades.

=======================================================
Note to all scanlators: If you recently started scanlating a new manga series (with about 5 or less chapters released) and would like your manga to be shouted out in the next New Manga Shout Out, then please PM me. Please include:
This is what tethysdust said this week:
Quote:
This week, Samurai Edge would be a good one for people who like shounen fighting manga. I think there's nothing out of the ordinary for the genre, but I thought the art was pretty good. Afo Guard is for those who want ridiculous humor with their school romances. Now Playing looks like it will be the story of Azuma coming out of his shell, for people who like quirky high school club stories.
Here's what DrCoke had to say:
Quote:
Dry Heavy: Only reading through 6 chapters really doesn't reveal much. This manga can be very suspenseful.

B-Group: This one's cute. It goes with a rather different spin on the boy-meets-girl cliche.

Grand Blue: You wouldn't expect the amount of comedy in this one from the title/cover.

My opinion:
Afo Guard - If you're interested in reading a different take on romantic comedies, then you should check this out. I'm interested in seeing how they deal with the ridiculous masks...
B Group no Shounen - If you're looking for another school life romance manga, this one is based on the novels of the same. If you liked the novels, then you may like to read the manga version. I'm pretty interested in seeing how he tries to remain "average."
Dry & Heavy - This looks to be a mystery/suspense type manga, so if you're in the mood to stay on the edge of your seat, this manga is for you. I, too, would like to see what is going on with the girlfriend, and hope it gets scanlated soon. :)
Grand Blue - If you're in the mood for slice of life comedies, involving aquatic life, then you should take a look at this manga.
Now Playing - The description kind of reminds me of the manga/anime "Hitohira" so if you like manga about acting, then you'll probably like this.
Samurai Edge - If you're into action with a mix of supernatural creatures, then this manga is for you.


If you haven't done so already, check out the scanlations of the mangas from previous shout outs which have been recently scanlated: sci-fi drama Hiniiru (MH link).