Like us on Facebook, follow us on Twitter! Check out our new tumblr page. :)
Manga News: Toriko has come to an end; but be sure to swing by and share your favourite moments from the series!
Manhwa & Manhua News: Check out the new Manhwa and Manhua shout-out (March 2016).
Event News: One Piece Awardshas concluded. Check the results Here!
MangaHelpers > News > Shout-Outs > New Manga Shout Out: 1/19/15 - 1/25/15
Homepage
Details
Archives

Welcome to the next New Manga Shout Out. This weekly article introduces you to manga that are new and/or have not been scanlated yet. This week features a supernatural detective agency, a goddess, and a few boys having the same dream. Remember, if you like any of the series, favorite them. Don't forget to also thank the various people who feed your manga addiction. ^_^ Translators and Scanlators, please check out these series and see if you can spread some more manga love~ 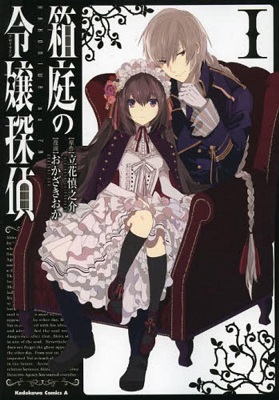 While looking for a ghost that helped him as a child, Satou Akira has run into a fair amount of spirits that he doesn't even see. One day, he goes to a supernatural detective agency for help, and he meets the adorable Yui and her devoted butler Kujou. Using her power, Yui ends up helping him with a number of the dangerous supernatural troubles he gets himself into. Akira starts to feel attached to the detective agency, and wants to learn more about the supernatural! 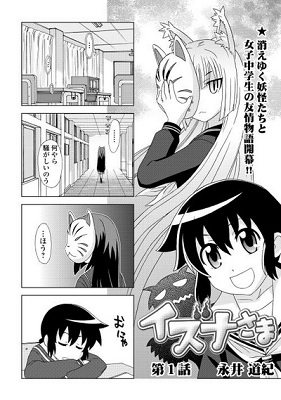 One day at school, Yoriko meets a girl in a fox mask, who it turns out is a goddess named Izuna-sama. Izuna's shrine is below the school, and she's come up to check out some troublesome artifact spirits. Yoriko ends up helping her, and a strange, new sort of school life begins for her! 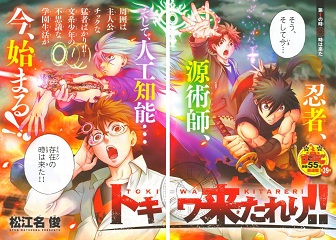 Yasaka Tokiwa lives in an unusual time, and according to his dreams, it's about to become even stranger. He's been having a dream of a woman called Ri'in ever since the robot, who he calls Makina, came to his home. He and Makina attend the same school, where their other classmates include a secret ninja (Kusanagi Kanata) and a sorcerer (Yata Haruka). When Tokiwa, the robot, the ninja, and the sorcerer rush to rescue the student council president from a demon, the boys find that they've all been having the same dream! What is going to happen to their world?

=======================================================
Note to all scanlators: If you recently started scanlating a new manga series (with about 5 or less chapters released) and would like your manga to be shouted out in the next New Manga Shout Out, then please PM me. Please include:
This is what tethysdust said this week:
Quote:
Tokiwa Kitareri has already been picked up by the Spinyback Team for scanlation, and chapter 1 is out now! It's pretty funny, and has a lot of action. Hakoniwa no Reijou Tantei has some interesting stories so far, though the premise is nothing new. Izuna-sama is in a mostly 4-koma format, but seems to be a continuous story so far.

My opinion:
Hakoniwa no Reijou Tantei - If you're a fan of the supernatural and like solving mysteries, then you'd probably like this manga so check it out.
Izuna-sama - If you like manga in the 4-panel (4koma) format with a mix of school life and a goddess, then you may like this manga.
Tokiwa Kitareri!! - If you're looking for action with a smattering of comedy and ecchiness, then this may be the manga for you. Plus, the first chapter is already scanlated, so check it out.

4 members and 4 guests have thanked c_k for this news