Like us on Facebook, follow us on Twitter! Check out our new tumblr page. :)
Manga News: Toriko has come to an end; but be sure to swing by and share your favourite moments from the series!
Manhwa & Manhua News: Check out the new Manhwa and Manhua shout-out (March 2016).
Event News: One Piece Awardshas concluded. Check the results Here!
MangaHelpers > News > Shout-Outs > New Manga Shout Out: 4/13/15 - 4/19/15
Homepage
Details
Archives

Welcome to the next New Manga Shout Out. This weekly article introduces you to manga that are new and/or have not been scanlated yet. This week features college aged mangaka, a ballet dancer, and an alien girlfriend. Remember, if you like any of the series, favorite them. Don't forget to also thank the various people who feed your manga addiction. ^_^ Translators and Scanlators, please check out these series and see if you can spread some more manga love~ 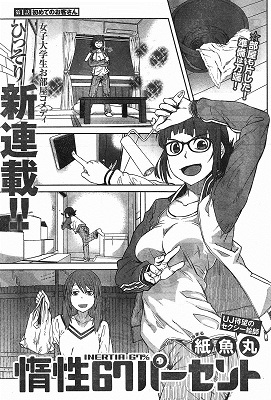 This comedy manga takes place in a college girl named Yoshizawa's room. Her friends, Itou, Kitahara, and Nishida often stop by, and they run into funny adult-level problems. For instance, there is the day when her friends drop by while Yoshizawa's hungover in bed, and she suddenly realizes that she doesn't have on any underwear under the covers. Yoshizawa also has unusual problems, like her need for advice on drawing realistic penises in her manga, since she's never encountered one in real life before. There are a lot of quirky things that can happen in a college girl's home! 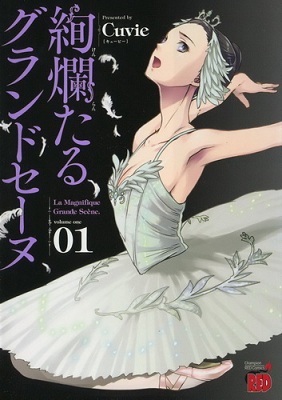 When Kanade was very young, she went to a ballet performance of her neighbour, Lisa, and was overwhelmed by her amazing dancing. She decided then and there that she wanted to dance like Lisa, and her parents agreed to let her take ballet lessons. Ballet is much harder than Lisa's beautiful dancing may have led her to believe, but Kanade is determined to endure and become a wonderful ballerina! 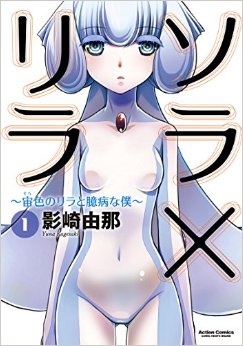 Shou lives out in the country. He has a big crush on his childhood friend Sora, but is afraid that she thinks of him only as a little brother. One day, Sora announces that she was abducted by aliens. Later that day, Shou confesses his feelings for her and she dies shortly afterward. Shou is still in shock from her loss, when an alien girl named Lila comes down from the sky. She has a disk that contains a brain scan of Sora, and she can run Sora's personality in her own body. She also wants to have a child with him. Will Shou be able to cope with all of these sudden changes, and will he be able to keep Sora with him after all?

=======================================================
Note to all scanlators: If you recently started scanlating a new manga series (with about 5 or less chapters released) and would like your manga to be shouted out in the next New Manga Shout Out, then please PM me. Please include:
This is what tethysdust said this week:
Quote:
Kenrantaru Grande Scene was my favorite this week in terms of story. It starts at the beginning of Kanade's love of ballet, and will presumably continue to follow her life and career. Dasei 67% would be good for people who enjoy some raunchy humor, but I don't think the art passes into 'mature' territory (they even censored the sex toy that Yoshizawa was using as a model!). Sora x Lila was not my favorite, but I think I've just seen too many girlfriend-dies-and-comes-back-as-an-alien manga. Also, the comedic parts of the story seem a bit off-tone from the main character's grief.

My opinion:
Dasei 67 Percent - If you're interested in reading about the troubles a college student has with drawing a manga and her inexperience with men and other ecchi situations, then you should check it out.
Kenrantaru Grande Scene - If you like manga about the ballet world, like Subaru and Moon, then you take a look at this.
Sora x Rira - Sorairo no Lila to Okubyou na Boku - If you like sci-fi, comedy and alien girlfriends, or you're a fan of the mangaka who created the Karin manga, then this manga may be for you...

6 members and 5 guests have thanked c_k for this news